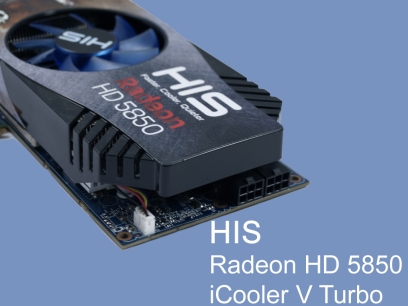 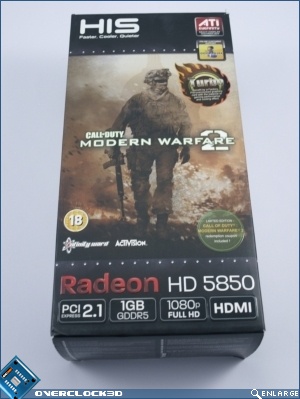 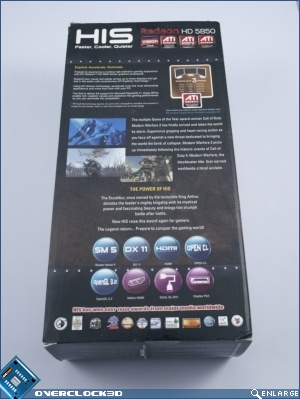 Opening the MW2 themed box reveals a plain and rather typical HIS decorated box. Concealed inside, the first thing you'll see are the graphics card's accessories. 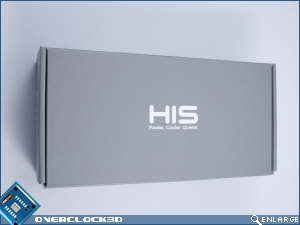 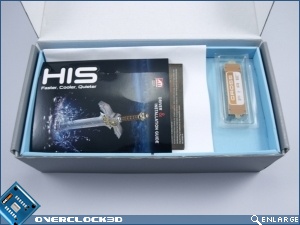 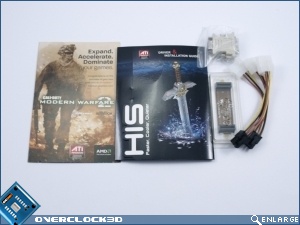 The accessory set isn't exactly huge but it's more than enough to get by. Included you will find a Driver CD, Manual, CrossfireX bridge, DVI->VGA adapter and two double molex to PCI-Express adapters. I for one would be concerned if users out there intend on using graphics cards such as these with such antiquated graphics card.

daniSAUR
Nice stats, shame about the memory OC. I was looking at getting this GPU mind you...Quote

Chi
a instrestng benchmark will be to use ATI eyefinity to see how high in the 5000 range one needs to get to play a few games on super resolution! i know u got 3 monitors i see ur vids on youtube

Chi
so no chance this benchmark will be done?Quote

tinytomlogan
Quote:
Mul wrote this review dude not me. We may do an eyefinity specific review later but is not on the cards at the moment.Quote
Reply