Just like the RTX 3080 version of the Gigabyte Gaming OC it isn't rated as highly as the competition out of the box, but actually boosts to a very satisfactory level. Indeed when compared to the MSI it boosts a little higher, even if the average boost clock is just a shade behind. Let's face it though, all products with this many cores boost a little slower than lesser chips - the CPU world is a clear example - so with 10000+ CUDA Cores to handle a few megahertz here and there won't make much difference. 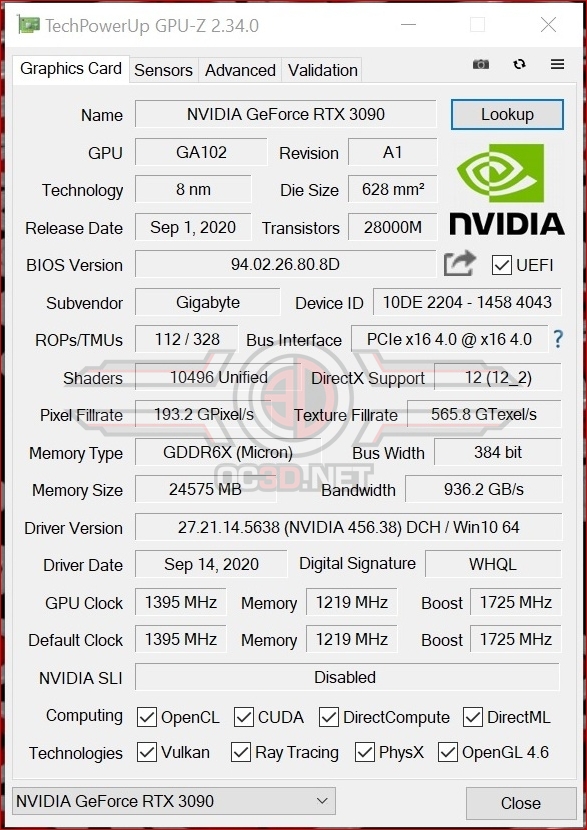 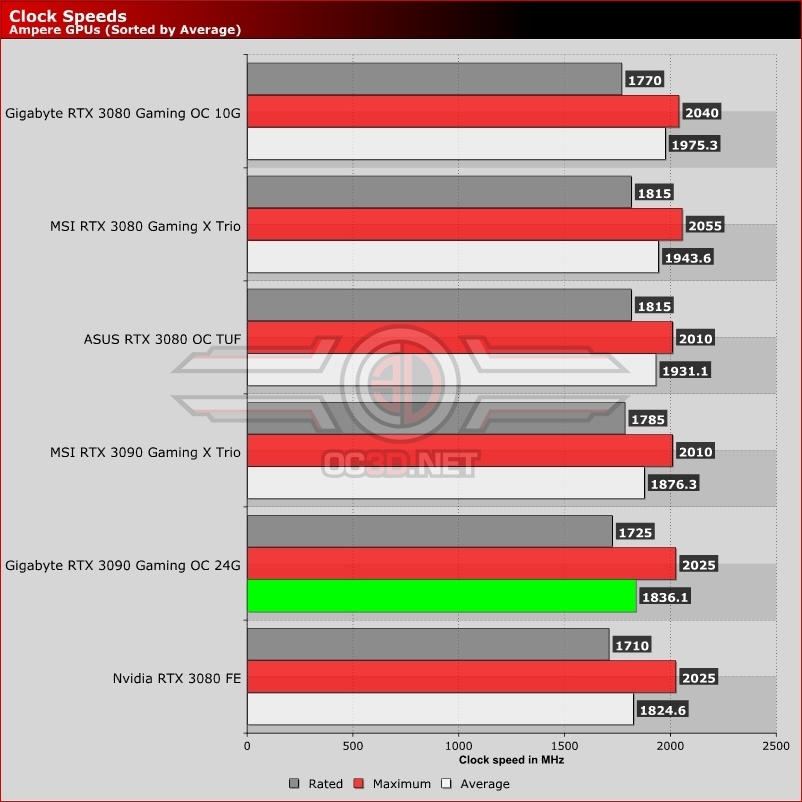