The Gigabyte Aorus range has always had attention grabbing packaging and the Waterforce RTX is no exception. For a start the box is huge, having to contain both one of the bigger cards on the market and a dual width radiator. It's more the size you'd expect to get from a EATX motherboard package. Opening it is definitely an event as the box lid lifts to reveal a card that looks attractive even without the lighting. 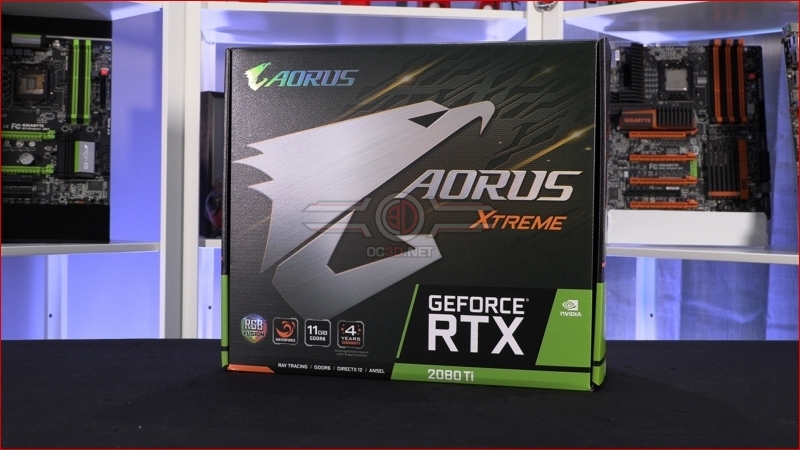 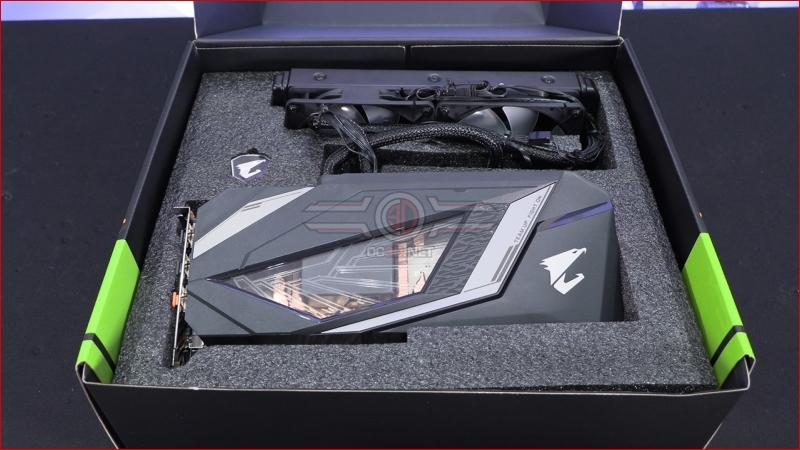 Free from the high density foam that protects the Aorus Extreme Waterforce on its way to you, the card is revealed in all its glory. A clear window allows you to see the waterblock whilst also providing a platform for Gigabyte's RGB lighting to do its thing. Definitely a product you want to install when your chassis is on its back rather than stood up. 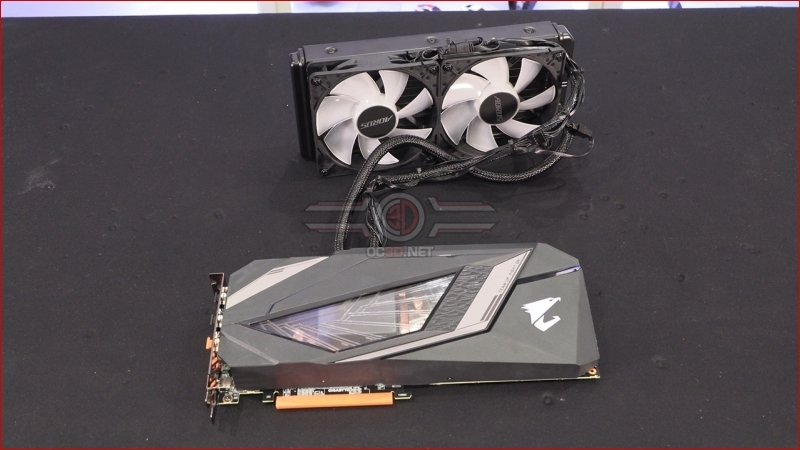 Although parts of the lighting are on the side you don't see unless your tower is way above you on a shelf, the backplate is very attractively sporting the Aorus logo whilst also helping reinforce the PCB and spread what little heat is generated across the whole width of the card. 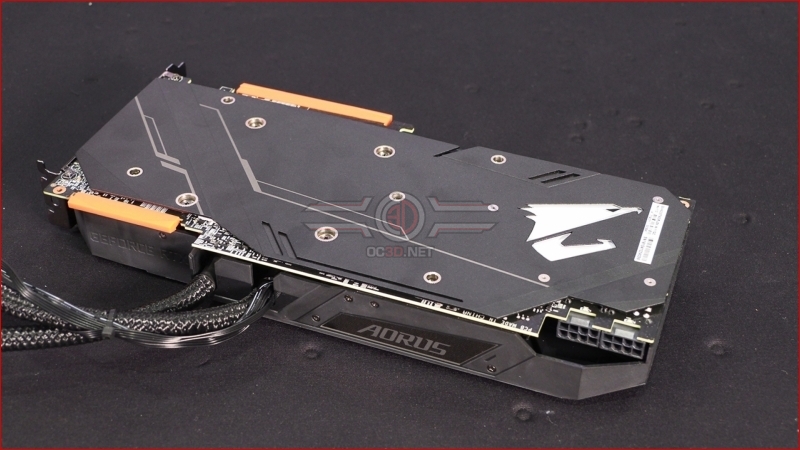 The fans are full RGB offerings ensuring that both the top and bottom portions of your case are bathed in your hue of choice, whilst a dual width radiator guarantees that even the most hardcore overclocker shouldn't reach thermal saturation. We often see AIO GPUs come with just a 120mm radiator, and whilst the RTX 2080Ti isn't the hottest card Nvidia have ever released it's nice to know Gigabyte have given you plenty of thermal headroom. Not only useful for overclocking fun and games but if you run it at 'stock' spec then it should let you slow the fans down a little for even quieter gaming. 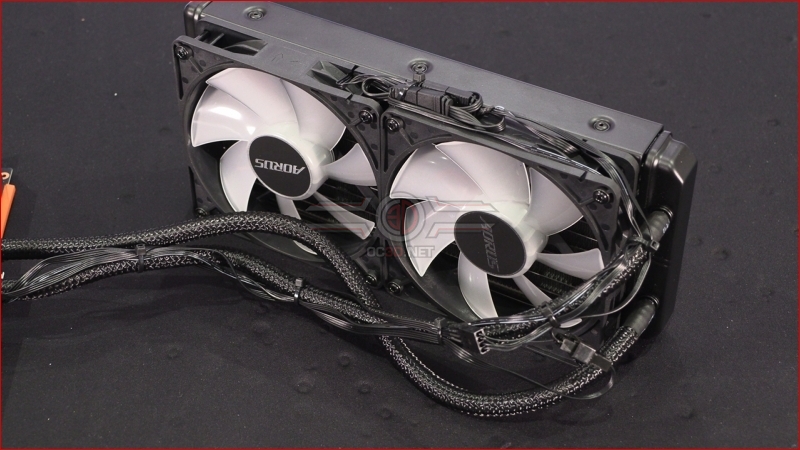 With any AIO the hose quality is a key element. You don't want all that liquid suddenly appearing where it isn't wanted. With the Gigabyte RTX 2080Ti Aorus Extreme Waterforce the cables have a very tight braid on them, whilst the fan cables are pre-attached. It's hardly any more complicated to install than a regular air-cooled graphics card, and that will win a lot of friends amongst the first timer installers. 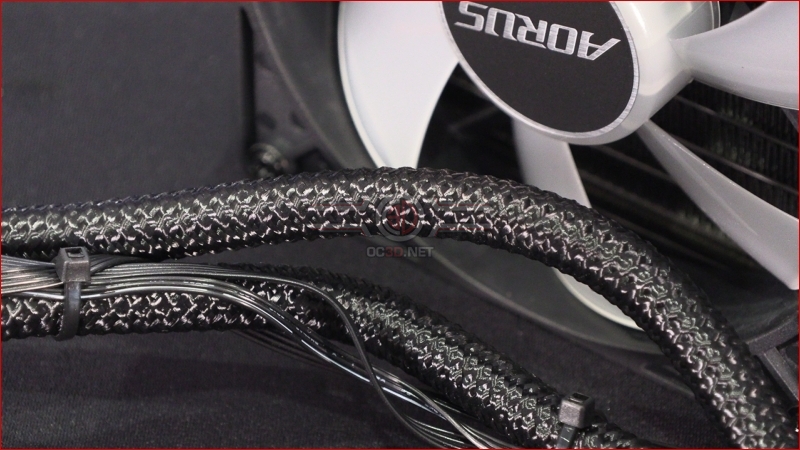 At the business ends of the RTX 2080Ti Aorus Extreme we have the 8+8 pin PCIe power inputs, as well as a whole host of display output choices via the three DisplayPort, erm, ports and the three HDMIs. There is even a VirtualLink USB Type-C should you require it. 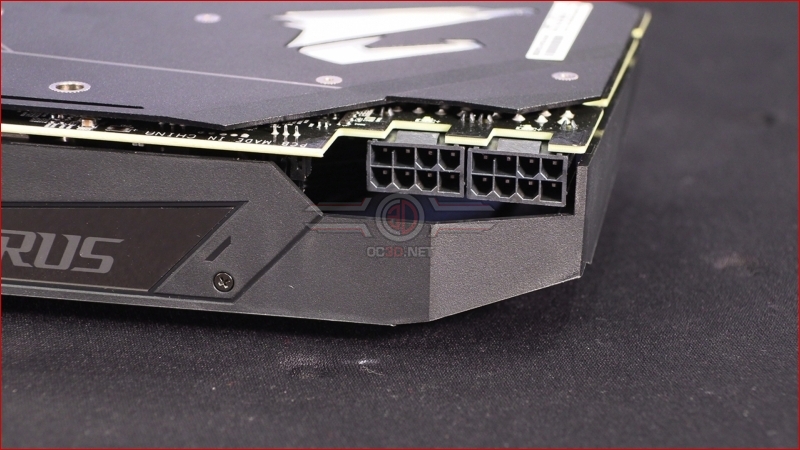 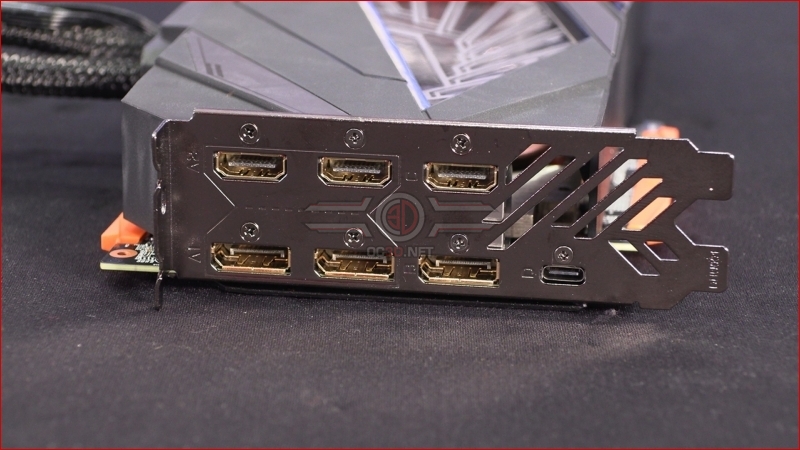