When we first reviewed the GTX 980Ti we were very impressed by how well it overclocked, but since then vendors like Gigabyte, MSI, ASUS, EVGA and others have been delivering GPUs which have those kinds of overclocks coming out of the factory, meaning that these GPUs are pushing some insane boost in horsepower right out of the box. 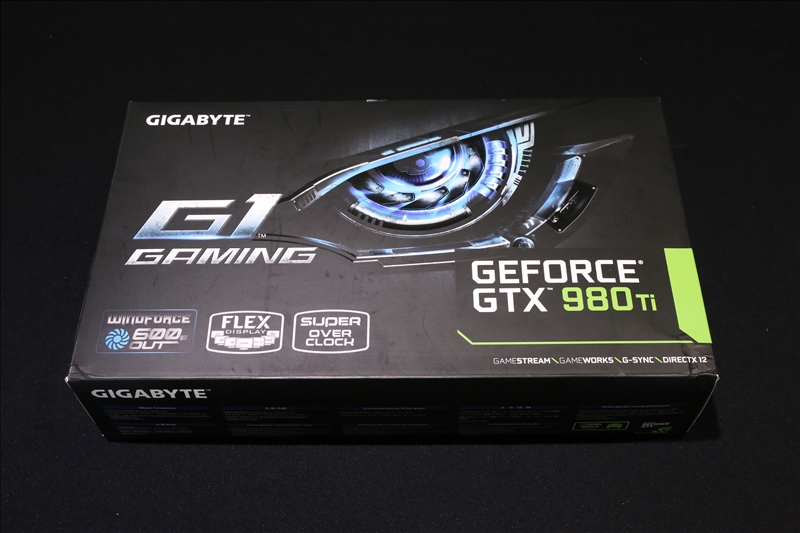 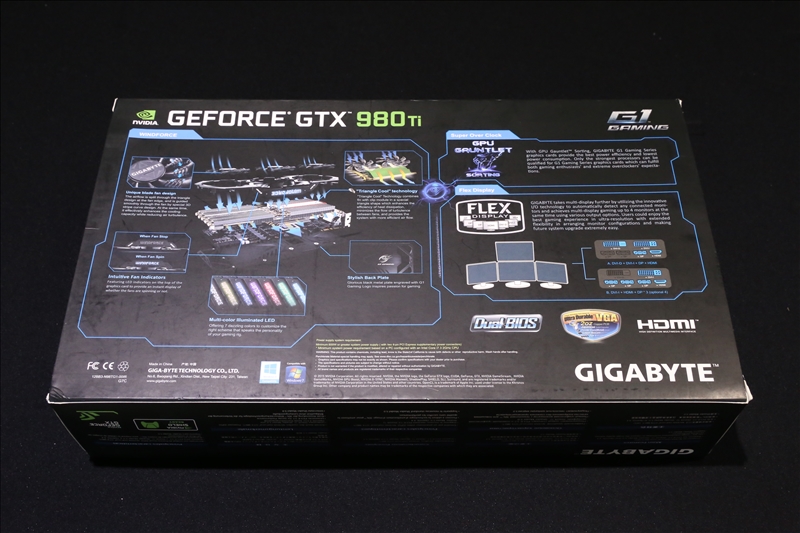 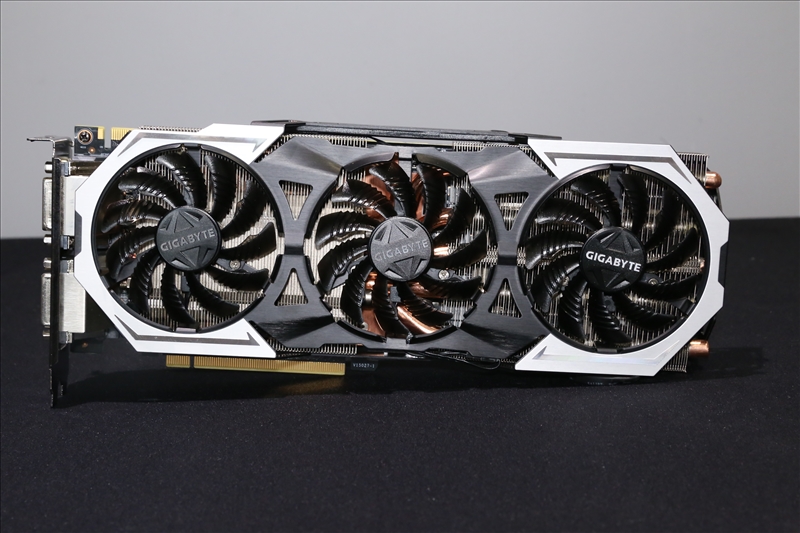 This GPU is designed to be Gigabyte's flagship card, working on Nvidia's Titan X PCB for increased stability and overclocking potential, using Gigabyte's FLEX display technology for additional display options, new RGB lighting affects on the side of the GPU and being cooled by Gigabyte's new WINDFORCE X3 600W cooling system and full cover backplate.

personally I really like the look of Gigabyte's new cooler design as it is much more neutral and suitable for various systems, almost regardless of your chosen colour theme. Just think that Gigabyte used to be the guys who refused to stop using a blue PCB, oh how far they have come since then. 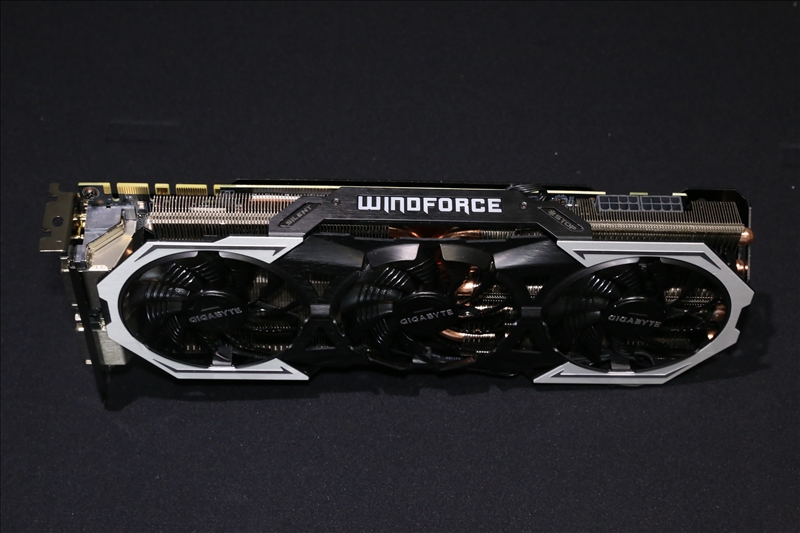 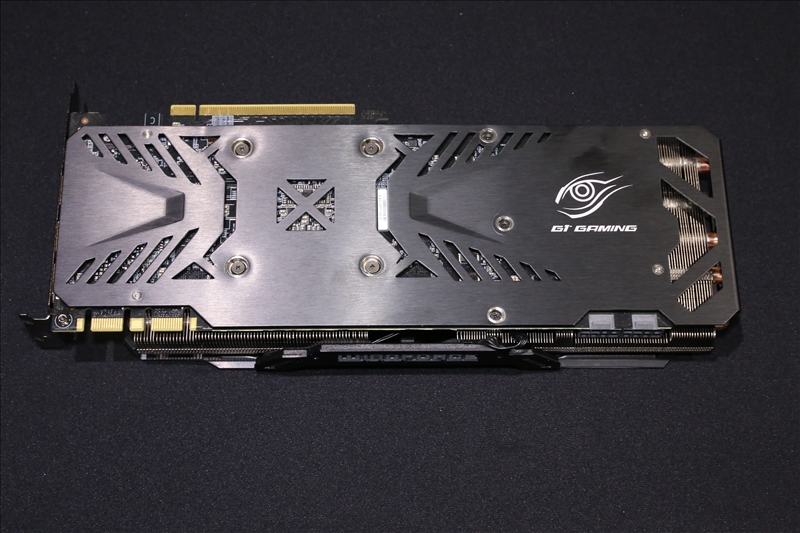 Thanks to Gigabyte's new OC GURU II software you can do much more than simply overclock you GPU, now you can customise you GPUs fan profiles and even modify the colour of the LEDs on the side of your GPU, giving you some interesting visual options to explore.

In terms of clock speeds this GPU is among the top tier of GTX 980Ti GPUs, offering base clock of 1190MHz and a boost clock of 1291MHz, which is almost 200MHz, 20% , above Nvidia's reference design, which is a fantastic starting point. 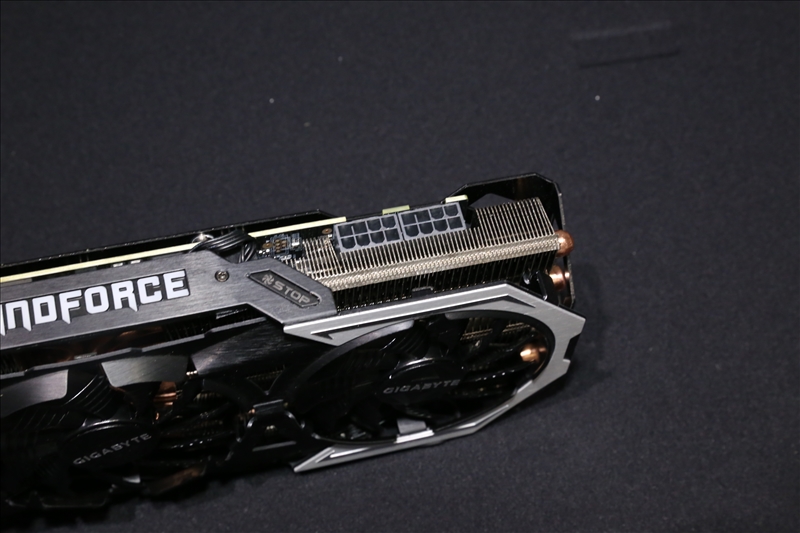 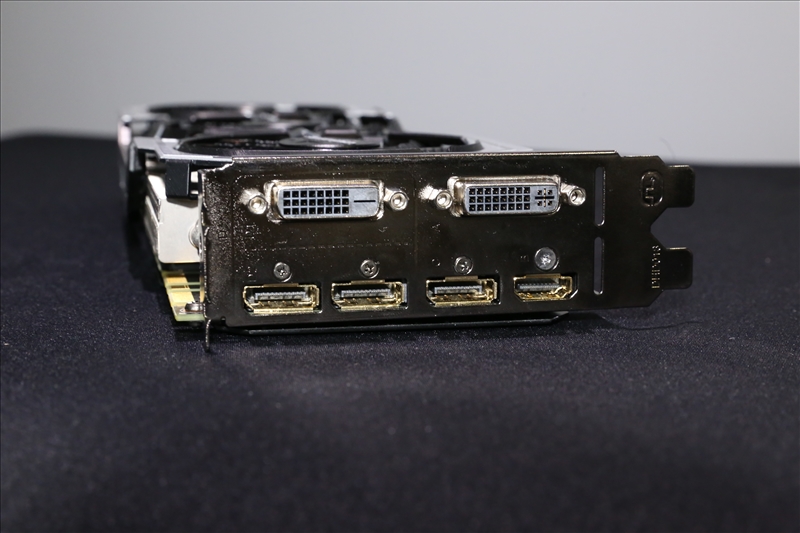 Gigabyte's Flex Display technology is an exclusive Gigabyte technology which allows users to have more options when it comes to the Rear IO. Stock GTX 980Ti GPUs have one DVI-D, one HDMI 2.0 and 3 Display ports.

Many of us currently use who currently use two DVI cables (which is the usually standard IO for a high end GPU) for out monitor setups will be saddened by this, but Gigabyte offer us a second DVI-D output but it does come at a cost. The payment for this second DVI-D output is that when used two Displayport outputs are disabled, but users will be unlikely to he using both options. 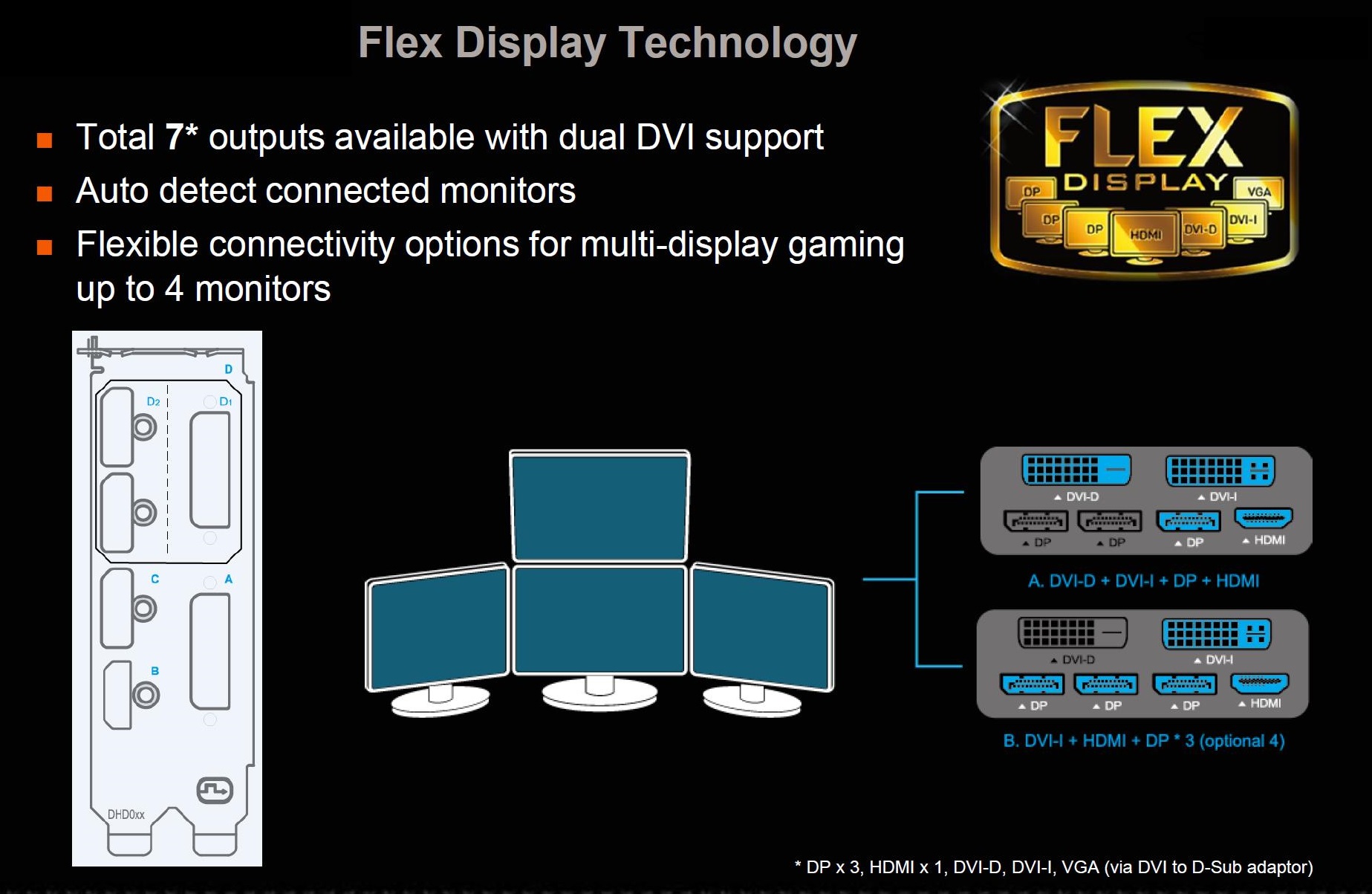 When it comes to GTX 980Ti GPUs there is a great deal of selection, but Gigabyte has managed to build a GPU with a lot of unique features to offer to the end user.

When it comes to Nvidia's reference GTX 980Ti there have been two major complaints that Nvidia has never addressed, firstly was the lack of a second DVI port on the reference GPU, which left may multi monitor users who upgraded very disappointing and secondly was the inability to customize o even turn off the LED inside Nvidia's reference cooler. Gigabyte saw these problems and have addressed them by adding an extra DVI connector to the rear of their GPU and adding a customization RGB LED to their custom cooler, allowing this GPU to look and be used just as the user wishes.

In terms of clock speeds this GPU is a powerhouse right out of the box, offering almost a 20% boost in base and boost clock speeds over Nvidia's reference design while still remaining cool and quiet using their WINDFORCE x3 600w cooler.

Gigabyte has produce a lovely looking GPU here and we very much look forward to using it in the future.

You can join the discussion on Gigabyte's GTX 980Ti G1 Gaming on the OC3D Forums.

looks like the cooler will do the job. sad to see the power points are a little into the body, I guess that's the price to pay for a longer cooler.Quote
Reply