We've recently looked at the Gigabyte Aorus GTX 1080 Ti and found it to be up to Gigabyte's usual high standards. With any GTX 1080 Ti you have to go a long way to find a bad one, and so the differences between each model are largely a matter of personal preference.

If you liked the looks of the Gigabyte Aorus but wanted one with a beefier factory overclock then the Aorus Extreme might be just the ticket.

Beyond that it is very much the same as the excellent Aorus GTX 1080 Ti we've already reviewed, so today will be a briefer review than we usually do so as to not cover old ground. Let's have a quick rundown of the specifications.

The regular GTX 1080 Ti Aorus came with 1683 MHz Boost in Gaming mode and 1708 MHz Boost clock in OC mode. With the Extreme those figures have been bumped up by 38 MHz in both Gaming and OC modes. The memory is where the real gains lay, with the Extreme pushing them much higher than we saw on the vanilla Gigabyte Aorus. If the word vanilla can ever be used to describe a triple-fan RGB cooler with a Pascal GPU. We're not sure it can. 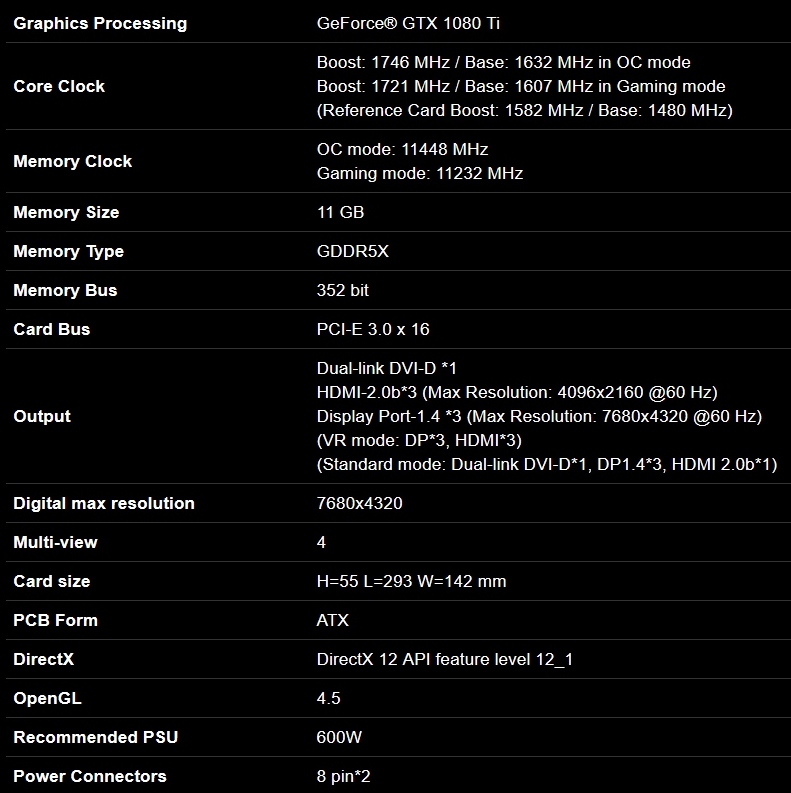 Dicehunter
Just curious but which settings were used in Rise of the Tomb Raider please guv ?Quote

Darkdayzzz
Quote:
Should have been max settings per usual. So toss everything up all the way except AA and v-sync off, least I'm pretty sure that is the normal way of testing xD

Hurray for being up early as hell due to being sick in the stomach!Quote

tinytomlogan
Quote:
Vsync is always off