The RTX 2080 Super has just a hint of the orange colour Gigabyte have adopted for their Gaming range of products, with a stylised eye staring out at you from the front of the packaging like a modern HAL 9000. 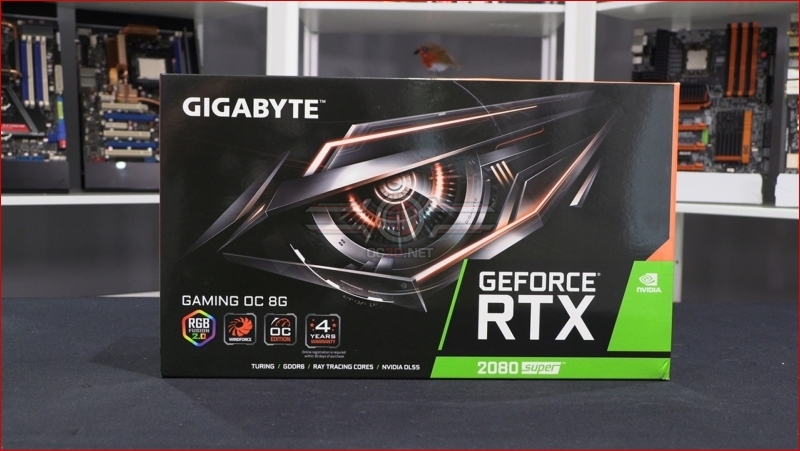 The cooler will be familiar to anyone who has followed the graphics card closely, with three large fans built into a carefully angled shroud. The central fan spins counter to the outside pair, eliminating any airflow dead spots and thus letting the heatsink work to maximum efficiency. 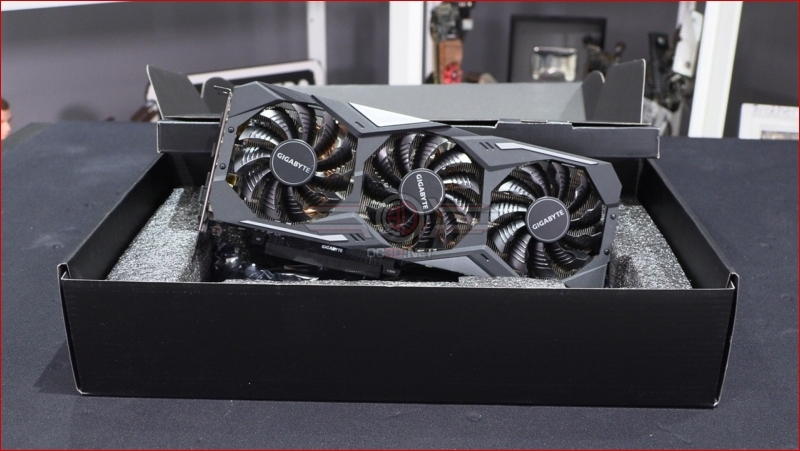 The Gigabyte Gaming OC RTX 2080 Super wouldn't be a modern product if it didn't include some RGB lighting and here it comes in the form of the Gigabyte logo on the facing edge. 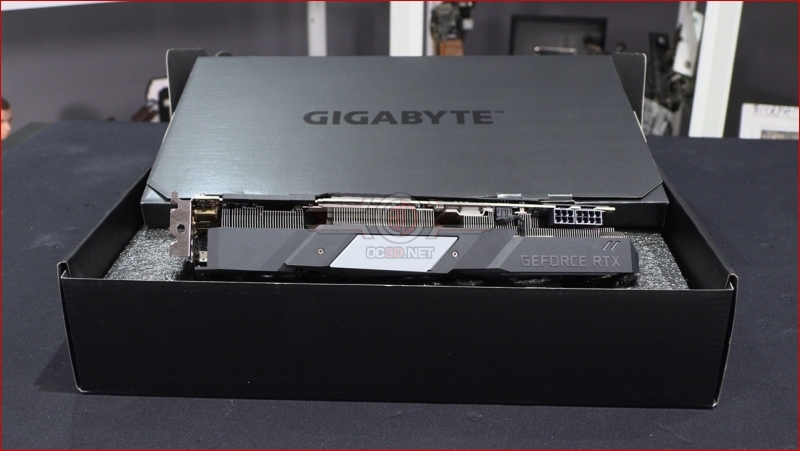 The Windforce heatsink on the Gaming OC that works so well keeping the TU104 GPU cool is very thick with a high fin density and direct contact heat pipes. It isn't only designed to keep the GPU cool either as the power phases and VRAM are also covered by the heatsink and heat pipe combination to keep the whole card frosty. 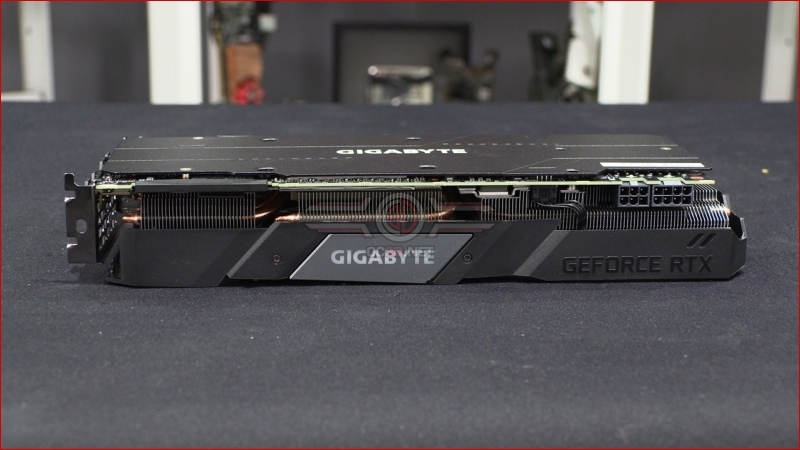 The heatsink is skewered with large composite heat pipes which combine a hollow centre surrounded by a second layer of grooved copper and there is sintered powder and liquid in the grooves giving an enormous surface area to assist with the spread of any generated heat, giving the best chance for the fans to dissipate it and keep your card running at peak efficiency. 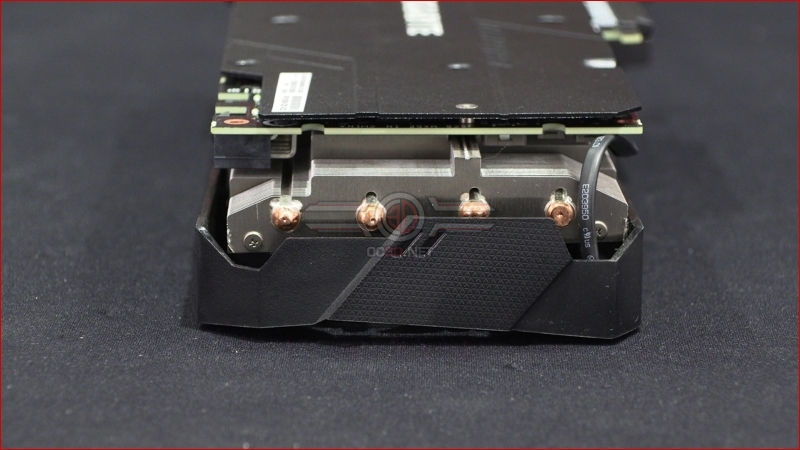 Outputs on modern graphics cards have rapidly dispensed with the DVI-D connector and the Gigabyte Gaming OC RTX 2080 Super is no exception, utilising three DisplayPort outputs and a single HDMI alongside the Type-C connector that is such a feature of high end GPUs. 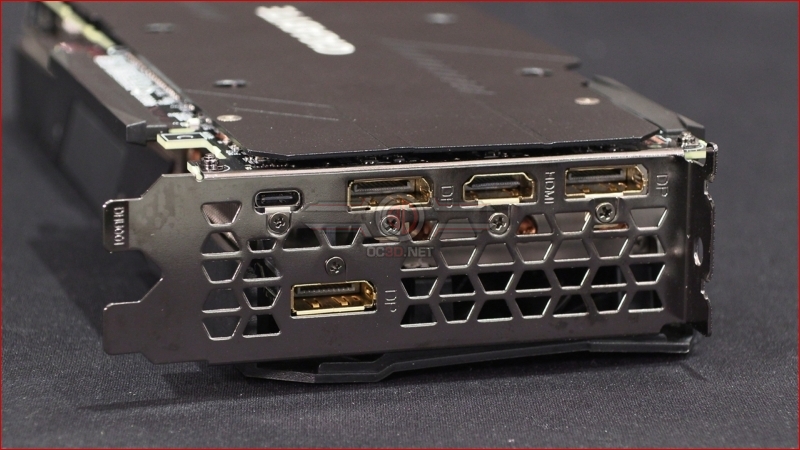