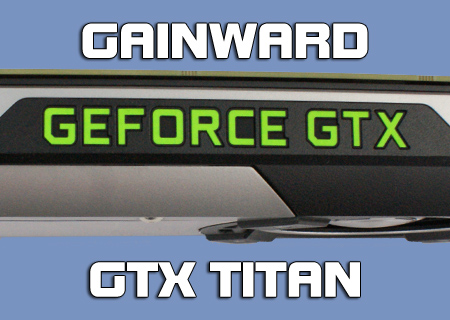 Just when you thought that all had settled down in the world of graphics cards, with the nVidia GTX680 and the AMD Radeon HD7970 almost inseparable, along comes a new card from nVidia. Freed from the restrictions of a number, it's interesting to see what the Titan has to offer.

Come with us for a moment down the meandering path that leads to the rumour mill.

The battle between nVidia and AMD has swung both ways in recent years. AMD have had some awesome cards, such as the HD5870 and the HD7970, and some duffers (HD6970). nVidia haven't been freed from that either, as anyone who brought the turbine barbecue disguised as a GTX480 can attest. The GTX580 won the most recent battle and when AMD returned with the HD7970 we all wondered what nVidia would bring to the table.

We heard word that the newest Kepler chip was a complete stormer, that it was going to annihilate whatever AMD had conjured up. Then it all went rather quiet. There was a bit of a lull and finally the GK104 powered GTX680 appeared, nearly identical in performance to its red team competition. Whisper went round that this was deliberately engineered to be so, that nVidia had produced something that would keep them in the game without leaving themselves nowhere to go in the immediate future. Certainly it's not great for the consumer if this is the case, but it makes good business sense.

So in a lot of ways it's no great surprise to find ourselves in possession of a new GPU from nVidia, the GK110 'Kepler' powered GTX Titan. This is assuredly what nVidia had in the R&D department when the HD7970 appeared. Indeed it was a suite of these that were a key part of the Cray-built Titan Supercomputer, a 17 petaflop behemoth. Each node of the Titan Supercomputer had an Opteron CPU, as well as a nVidia Tesla K20X GPU tied to 6GB of GDDR5. The K20X was a GK110 in the Tesla naming convention. All of which lengthy preamble explains why today's review is of a GK110 powered GPU with 6GB of GDDR5 and named the GTX Titan, in honour of the supercomputer that was the testbed for our card.

The vastly expensive world of the supercomputer could bring the well-heeled of us a graphics card to redefine how much power we thought we could put in our own PCs.

As with most graphics cards, the technical specifications don't reveal all the secrets. However, there are a couple of things that are worth noting.

Firstly the Titan has a whopping 2688 CUDA Cores on board. To put that into perspective the GTX680 had 1536. Quite the leap in potential performance.

Secondly whereas the GTX680 used two 6pin power inputs and had a TDP of 195W, the Titan reverts back to the GTX580 arrangement of a 6pin and 8pin power input (side by side again) and the TDP is back up to the full 250W. Just in case you had any doubts about the cut-down nature of the GTX680. 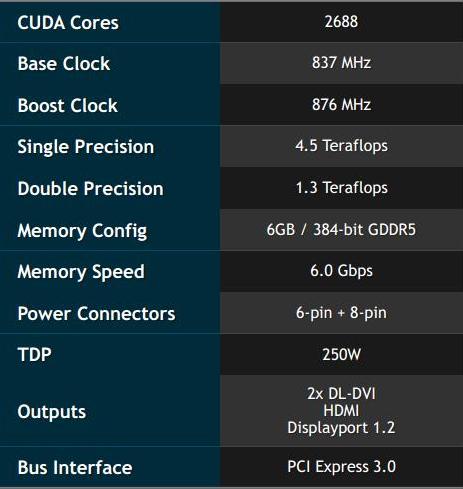 Greenback
great card, but the price when looking at 3x7870 or 2x7970 and new ssd, even a pretty good system for that price is the put offQuote

AverageNinja
Great review! I love the looks of the Titan, but it's waaay to overpriced

Destro521
Just a quick question. with the 3D Mark graph is that the combined results or gpu results?Quote

I know it would be unbalanced in terms of CPU/GPU , but if you aren't interested in benchmarking a 3770k with a h100i and this in a betfenix prodigy is perhaps the ultimate single screen gaming rig , small, cool , quiet.

For me thats probably the perfect system.Quote
Reply