At 1080p we can see that in all cases Nvidia's GPU outperform AMD's price competitors at Ultra settings, with AMD's older GPUs offering much lower performance than their Nvidia counterparts.

AMD's Polaris based RX 480 does perform well here, even going so far as to outperform AMD's higher-end R9 Fury X, which is something that shouldn't be possible. Turn 10 either made this game specifically with Polaris in mind, not caring about the performance of AMD's older hardware or AMD really needs to do some work with their drivers for this title.

No GPU was able to achieve higher than 60FPS minimum framerates in this game, though this is likely a CPU limitation rather than a GPU limitation. One other thing that is worth noting is that the GTX 1060 Strix almost outperforms Nvidia's GTX 980Ti, which again shows this game performing worse than usual on older GPU architectures. 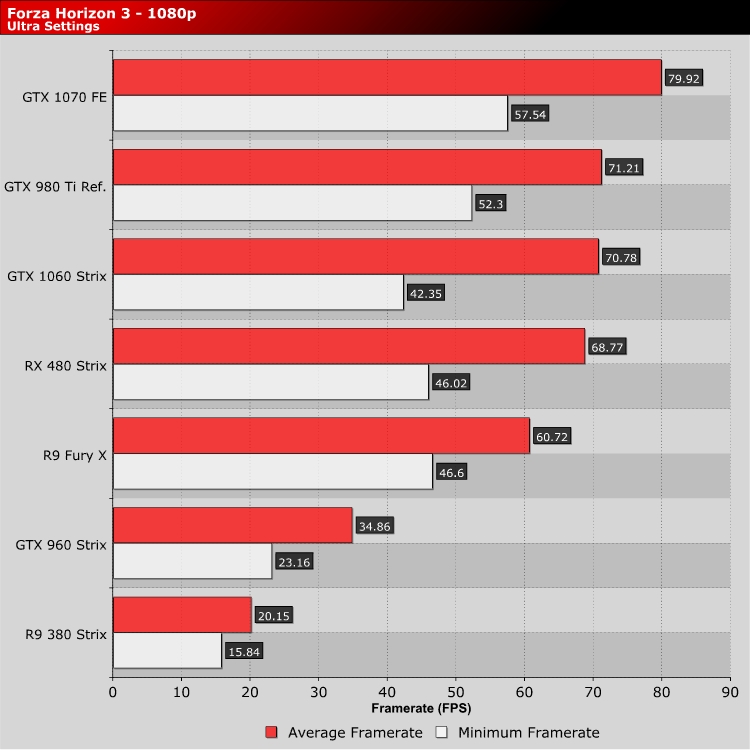