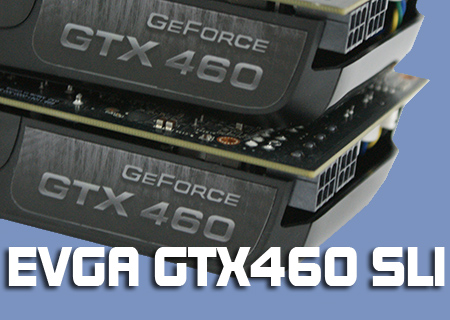 Anyone who can recall the last generation of GPUs will remember that far and away the absolute value for money choice was to have two ATI HD4770s in Crossfire. It gave enormous performance without breaking the bank and, by virtue of being two cards, was something you could purchase in stages rather than having one massive outlay.

Nonetheless the single-card power choice was the GTX280, and its follow-up the GTX285, which had great performance and a big price-tag.

With the introduction of the GTX480 we had a card that, to be blunt, was a disappointment. The performance was good, but not so good the huge price was justifiable. The heat was the thing that really drove a nail into it, as it almost single-handidly could melt the polar ice-caps.

We held out hope that the cut-down versions would be better but the original ones had all the problems and none of the benefits. Thankfully that has recently been changing, to such an extent that the 'lesser' models in the nVidia GTX range are the ones to go for.

It was only natural that curiosity got the better of us and we wanted to pair a couple up to see if GTX460 SLI could be this generations King of the Performance Per Pound.

EVGA, one of the major nVidia partners, make lots of versions of the GTX460 but, as we recently saw with the Zotac AMP!, higher performing factory versions always come with a price-premium that makes them too expensive for serious consideration.

They kindly agreed to send us two of their absolute base models of the GTX460. So today we have two stock clocked 768MB ones to play with. We can't wait.

As you can see these aren't factory overclocked or supplied with a lot of bells and whistles. These are pretty much as cheap as a GTX460 gets. Which is entirely the point of todays testing.

alienware
EVGA? *swoons* don't tell me they finally let OC3D give their products some love?

I actually rather like the look of those cards too (eats some humble pie) as the stickers on them are quite tasteful and not overdone and gaudy.

Will stick with my 5770s (and hopefully soon AMD's 9800GTX for Physx) but if these had come sooner (7 months sooner) I would have had no qualms about grabbing a pair (ooer).

Thanks again for the reviews lads, Stepster will be very pleased. He can gloat even more on MSN now

snoopy747
o_0 after seeing this I really wanna know how a pair of 470s would fare.Quote

steve30x
Holy crap they get double my vantage score. Cant wait to see what my games run like with my new hardware.

I would like to upload my 3D Mark 06 and VAntage scores when I get my new hardware.Quote

alienware
Steve. They may well get double your vantage scores but tbh mate you'd see very little difference in games. I had a 280 and it was smooth as silk in gaming. I never played a game that I couldn't max and even worry it. Just a shame it was so bloody hot

Very interested in seeing the results for a pair of 470s though !Quote

The 470's will be even hotter though and a lot louder lol.I will need to get sound dampening foam for my case to absorb some of that fan noise until I can afford better coolers for the GPU's. The reason for my upgrade is newer games are starting to push my GTX280 now and the motherboard , CPU and ram upgrade is for the video conversions etc.Quote
Reply