Moving up to 4K we decided to try Dead Rising on our ASUS RX 480 Strix and GTX 1060 Strix, with both GPUs being able to achieve playable framerates with ease.

Again we see that this game runs a lot better on Nvidia GPUs, though the game doesn't exactly run badly on AMD hardware. If a gamer was using a suitable GPU for 4K, like an R9 Fury series GPU, 60+ FPS gameplay should be achievable at this resolution. 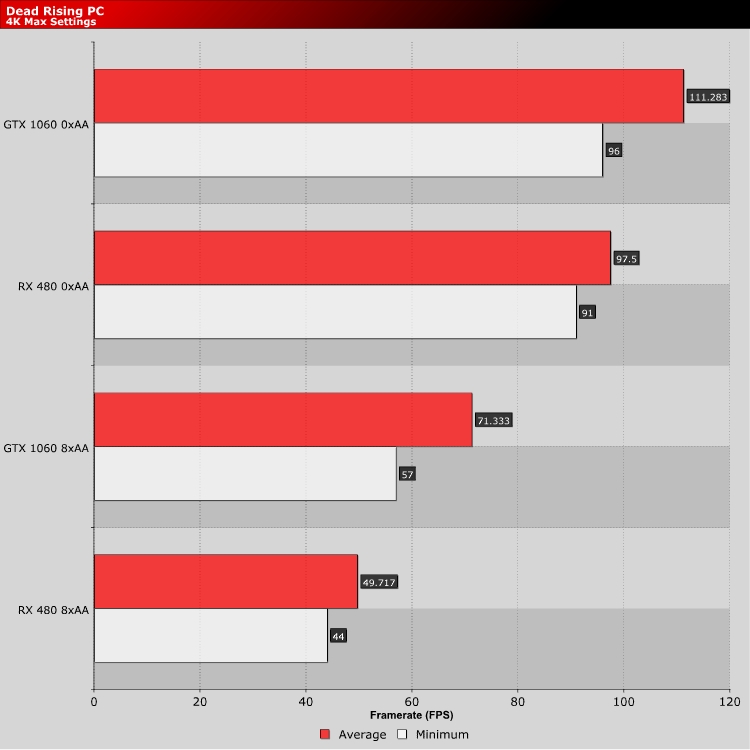