Yes, Control is an extremely demanding game. Even Nvidia's RTX 2080 Ti finds this game tough. We know that this is not what people expect from a £1,000+ graphics card, but this is always what happens when companies push the graphics envelope. In a way, Control is acting as a modern-day Crysis, boldly taking raytracing and other graphical effects to places where no company has before.

Sadly, this means that many will find Control's PC performance to be lacking. To enable 4K 60FPS in control natively, we will need a graphics card that is 2x stronger than the RTX 2080 Ti. That's without raytracing. With raytracing, that number doubles again. Nvidia's RT series may be powerful, but we need beefier graphics cards to make the 4K 60FPS dream possible. This is especially true if we want to keep adding raytracing into the mix.

DLSS goes a long way towards making Control playable at 4K without framerate dips into the 30s. It also enables PC players to add in raytracing without also gaining slideshow framerates (at least on the RTX 2080 Ti). Ultimately, it will be up to players how they want to play Control, be it with raytracing on or off. Either way, there is a compromise. 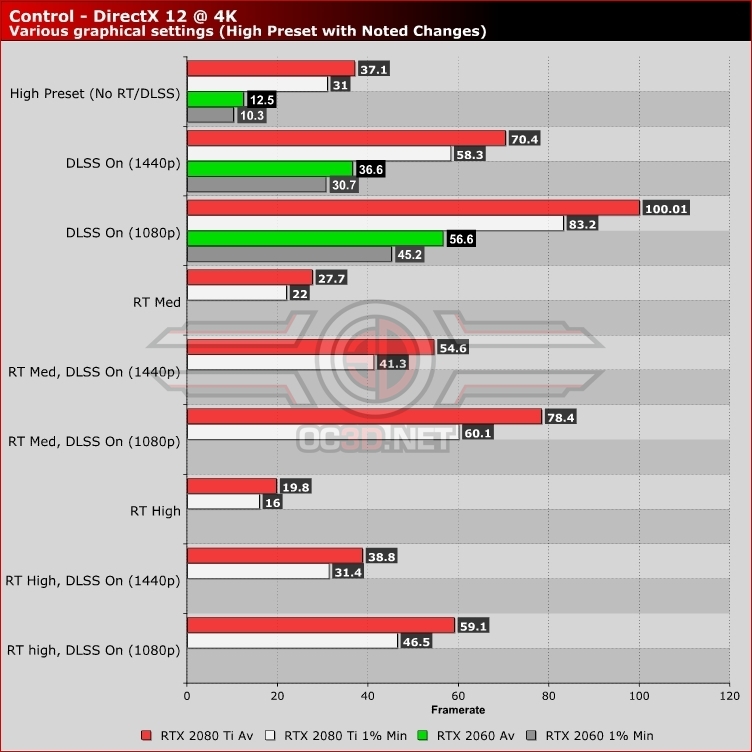