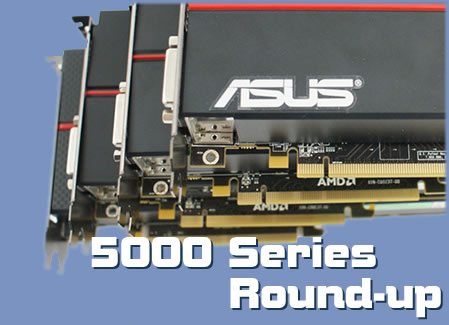 As we recently documented within these pages we've made some changes to the games we're going to be using, and so from the excellent Modern Warfare, we move on to Modern Warfare 2. As with all of our tests today we're going to be running at 1920x1200 with the maximum settings available in game. As Modern Warfare 2 is designed with good gameplay on consoles as a vital component we're lucky because us PC gamers can really crank the image quality up high and still very playable frame-rates.

This is clearly demonstrated in our graph. Even with 8xAA only the stock 5770 is incapable of supplying 60fps average, but it can do it with the overclock the ASUS voltage BIOS allows. However as soon as we move into cards we'd expect to be used for gaming the Infinity Ward game gets quickly chewed up and spat out. A stock 5850 providing nearly 100fps average and not dropping below the magical 60fps barrier is only the beginning. Our Crossfire 5870 setup giving mind blowing frame-rates at a level that makes the 5970, even overclocked, look a bit wheezy.

Crysis eh. When it was first released the general opinion was that the graphics were lush, the gameplay pretty ropey, and it needs some mythical future computer to be able to run. Well, here we are with a 3.6GHz i7 Extreme and more graphical horsepower than could have been dreamt about a year ago. How does it fair?

Not well. We had to leave the anti-aliasing off entirely to stop the 5770 grinding to a halt, and although we wondered if the power of the other card might necessitate two runs using different settings we can see that even the 5870 Crossfire setup doesn't hit 60fps. Thankfully an overclocked 5850 provides a sufficient average frame-rate to give a smooth gaming experience, but the dependence of the Crytek engine on Physx, plus some pretty shoddy optimisation, means that nothing yet can give us that 60fps we need.

Ok so we've killed a few people, let's put the pedal to the metal.

VonBlade
Of course it does. Vantage is bias heavily towards the Nvidia cards and Physx. If Nvidia allowed standalone Physx cards to still be a viable option, or Futuremark wasn't so ridiculously weighted, then the scores would be more impressive from a comparison standpoint.

Finally, who gives a fig if a synthetic "my wedding tackle is so tiny I need to compensate with a big score" benchmark doesn't look great when the actual gaming results are so great?Quote

Nocutius
I've been eyeing the 5850 since release but i can't justify spending over 200 for a gfx, specially since my 4870 is still doing quite ok. I hope Nvidia manages to knock down these prices a bit with their new cards.Quote

f0x.
Epic review mate, kept me entertained. I think for any new budget pc i build, the 5770 will be the card going in! :PQuote
Reply