It can be easy, when you're used to using high-end hardware to benchmark other hardware, to end up with the opinion that everyone wants a 4K screen. The reality is, as the Steam hardware results constantly remind us, that the vast majority of people run at either 1680x1050 or 1920x1080. 1080P being the industry standard and the perfect balance between excellent high-resolution images and affordability.

ASUS are no strangers to the monitor market. We've seen models from them that bow at the altar of design as well as ones that have tremendous colour accuracy. Today it's the turn of a monitor which seeks to combine all those elements into a single affordable package. Packing a 5ms AH-IPS panel within its frameless design, the VX239H could be the holy grail of colour reproduction and gaming fidelity.

The simplicity of the VX is what really grabs your attention. White plastics can often look a little cheaper than their black brethren, but the ASUS offering has a certain air of class to it. That is helped dramatically by the extremely thin bezel which maximises the screen without swamping you with white. 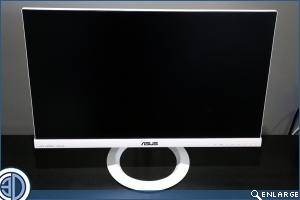 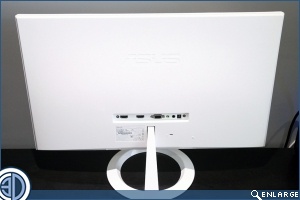 The controls are in the regular place on the right hand side with buttons to handle all of your adjustment needs. With claimed Brightness of 250cd/m2 and Contrast Ratio of 80,000,000:1 then there is plenty of room to tweak it to your specifications. Eagle-eyed readers will have noticed the MHL logo on the lower left. That stands for Mobile High-Definition Link, an industry standard protocol that allows you to plug a mini-USB to HDMI into your mobile and then your mobile into the monitor and display all your content without further faffing about. 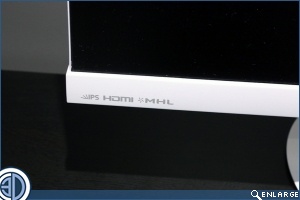 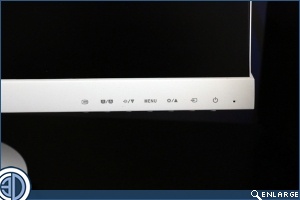 The stand is a little lacking in adjustability, but it looks the business. As indeed does the whole package. Round the back we find two HDMI/MHL inputs, a VGA in, as well as the sound input for the two 1RMS speakers, and a headphone jack. 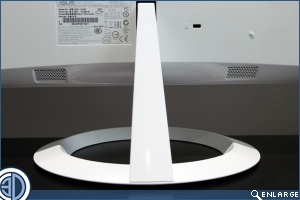 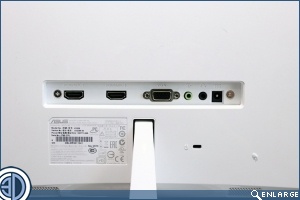 It's slightly curious to have such a tiny bezel and yet not have the screen fully edge-to-edge. Initially we thought it might be something to do with the contrast of the white against the screen contents, but the bottom edge hits the white. 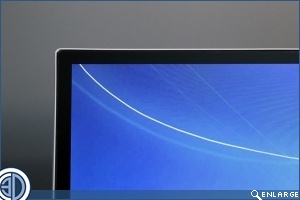 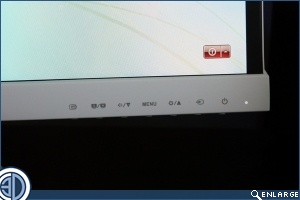 If ever there was a product that you absolutely have to see rather than just look at the specifications and move on, it's the VX239H.

A glance at the specifications, 23" 1080P monitor with a couple of speakers and no VESA support, you could be forgiven for thinking it's yet another of the hundreds of similar monitors around. The reality is that the AH-IPS panel blows any TN one out of the water with such ferocity that you can't imagine the difference if you haven't either A/B'd them or seen it in the flesh.

One of the many benefits an AH-IPS panel has over the common TN type, that there is so much room to adjust to your preference without destroying your colour saturation. Sure the claimed contrast ratio is always to be thought of with the same disbelief as a Conservative Party manifesto, but there is so much extra wiggle room from IPS than there is from a TN panel that they're not remotely comparable. Much of that is thanks to the crispness and outstanding colour reproduction from the AH-IPS. This is a joy to look at. Even the old (5 years ago) achilles heel of IPS panels is consigned to history. 5ms might not be headline grabbing, but it's accurate and we experienced no ghosting during testing.

Stands are one area where we never want to scrimp and if there is a black mark against the VX239H it's that it is neither VESA compatible, nor does the stand have any height adjustment. For those of you who have their monitor height accounted for or don't spend significant time in front of their computer it's less of an issue.

Otherwise there is nothing to detract from the excellence of the VX239H. It's in the resolution sweet spot, looks very modern, the sound from the speakers is surprisingly good but the absolute star is that panel. If you've never experienced an IPS panel you can't imagine how blurry and dull your TN monitor is, and if you have you can't believe the eye-opening low £149 price tag. Fantastic.

MadShadow
Wow, the price is really what sets it apart. If I had had a slightly higher monitor budget, I probably would have gone for this one.Quote

Dicehunter
I've actually got this monitor but in black, Had it for around a month now in work and the picture is lovely, Looks nice and blends into an office setting quite well.Quote

asukhama
Im very interested in this monitor. it would serve as a great introduction IPS panels. i'm still a bit torn between either this or the Acer H236HL.

My biggest question would be, how well this does monitor for intensively playing games by which i mean primarily games, not "pro gaming"?Quote
Reply