Graphics card cooling has long been an difficult issue to get right. More than your processor the graphics card generates enormous amounts of heat during lengthy gaming spells. Over the years many attempts to solve the heat problem have been tried and we've seen dozens of different solutions in terms of fan design, number of fans, heatsink size and everything related to such things.

Although they are much better than they used to be in the early days, GPU fans are still not as robust or quiet as the best case fans. We've often wondered why manufacturers haven't partnered up with a dedicated fan manufacturer to bring their knowledge to this field. Perhaps even more importantly, when we think back upon the many cards we've owned over the years and have 'died', the reason they needed replacing was almost wholly because a fan had either given up the ghost or had become intolerably rattly. Why can't we just buy a case fan and bolt it in instead of being forced to try and find a genuine OEM replacement, or Heath Robinson a new fan with cable ties and the like?

It seems that both ASUS and Noctua heard our whispered wishes and have released the ASUS X Noctua RTX 3080 OC Edition. This is a card with the thickest cooler we can ever recall seeing, and two Noctua NF-A12x25 120mm case fans. Now, you have to accept that the fans supplied are in the famous Noctua brown, rather than their other colourways, but if you're commited to getting the coolest, quietest graphics card you can, and also with the potential to easily change a fan in the future should it ever unexpectedly give up the ghost, then we're sure it's a colour you can live with.

Being attached to a RTX 3080 and designed almost entirely about being cool and quiet rather than the 'fastest at all costs' approach, performance is something we're going to give you a quick overview of and as long as it's in the mid-pack and the temperature/noise is all that is promised, we are pretty sure this is going to find a very keen audience amongst those of you who have tired of noisy graphics cards whirring away.

The most notable elements of this specification table is down at the bottom with the dimensions and slot width. 4.3 slots. Not for the faint of heart or small of case. 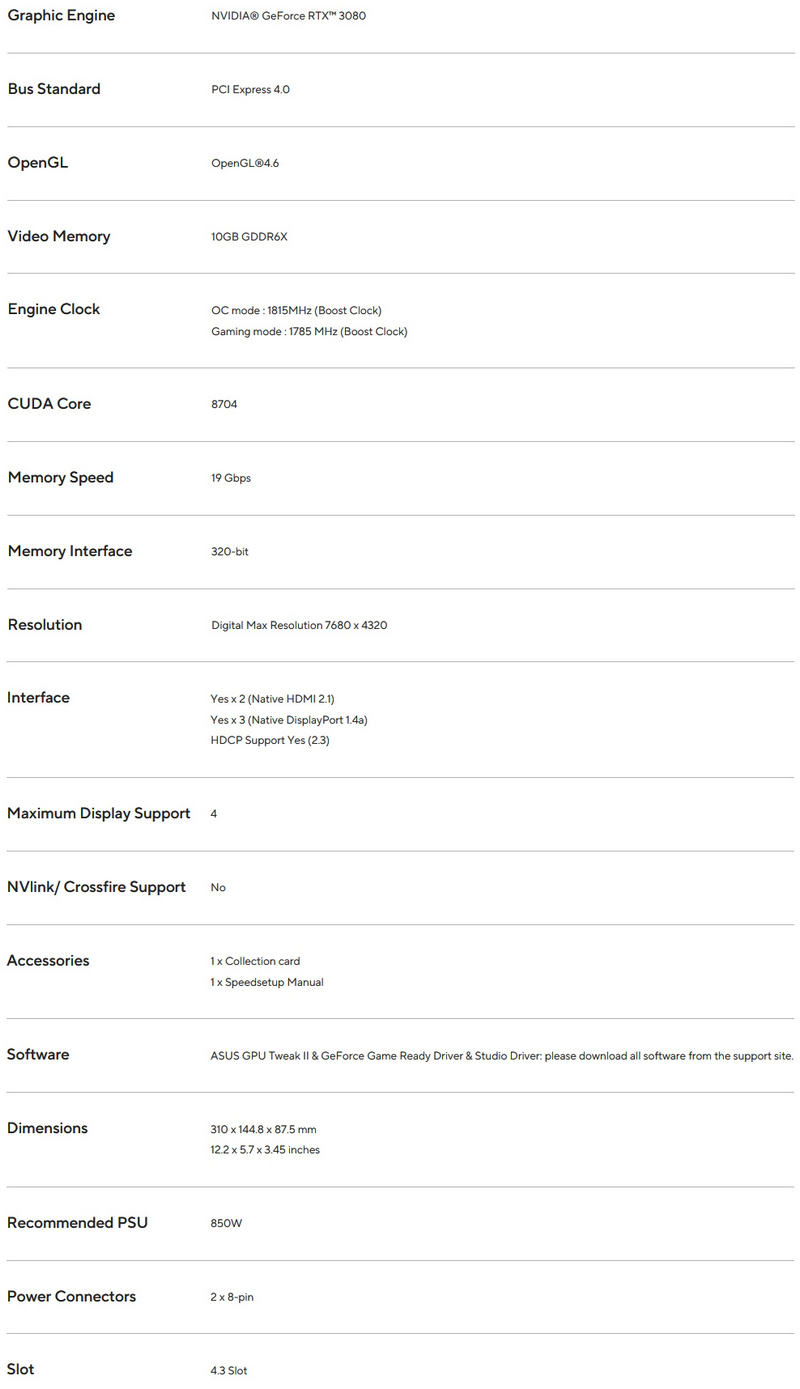