The Strix has two BIOS modes, Performance and Quiet, but if you take the time to download their software you'll find a third mode, OC mode. This boosts things even further, albeit at the usual price of heat generation and power draw, but it's still free extra performance should you require it. This will be the mode we'll use throughout our testing, although we've used both Performance and OC modes in Gears 5 for those of you who like comparisons, and all three options in our power and thermal graphs. 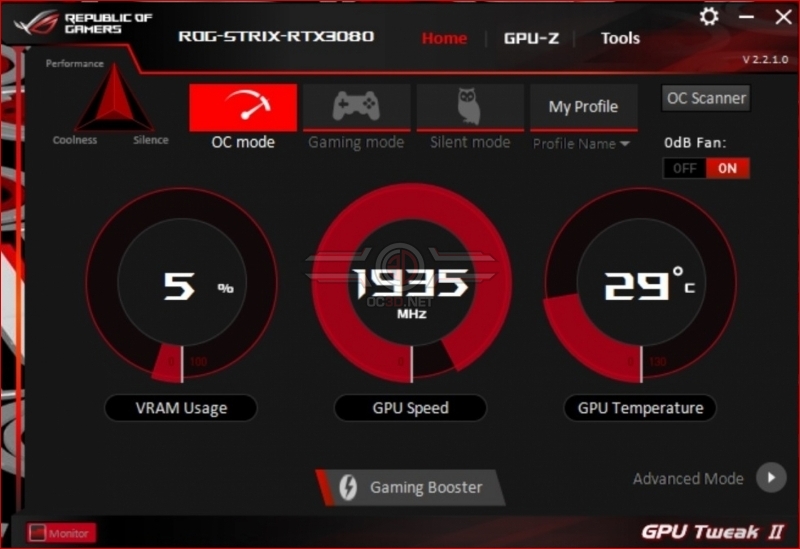 This is the extra 30MHz that the OC mode shows in GPUz, although there are some under the hood changes too we suspect to the power target and the like. 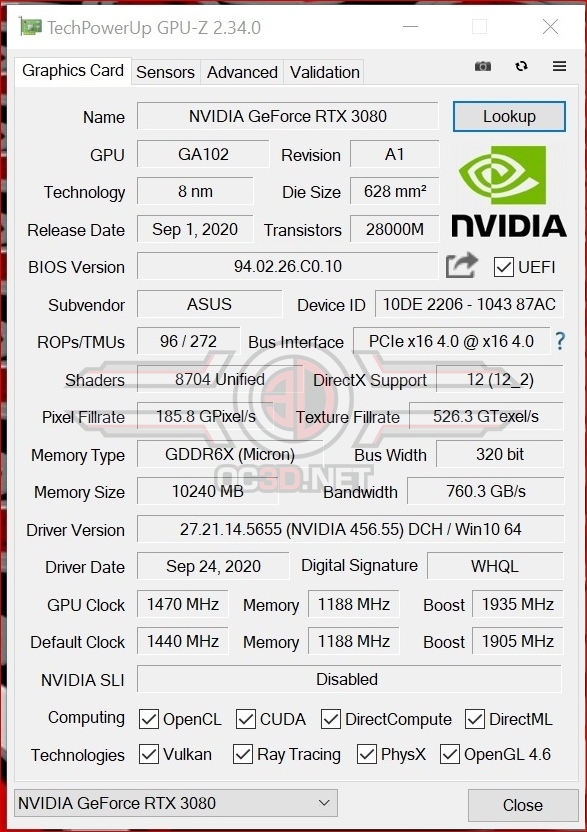 Probably the biggest surprise is that the Quiet mode just edges the Performance mode in average clock speed. Hopefully the reasons for us using OC mode throughout today's review are clear from the graph below though. 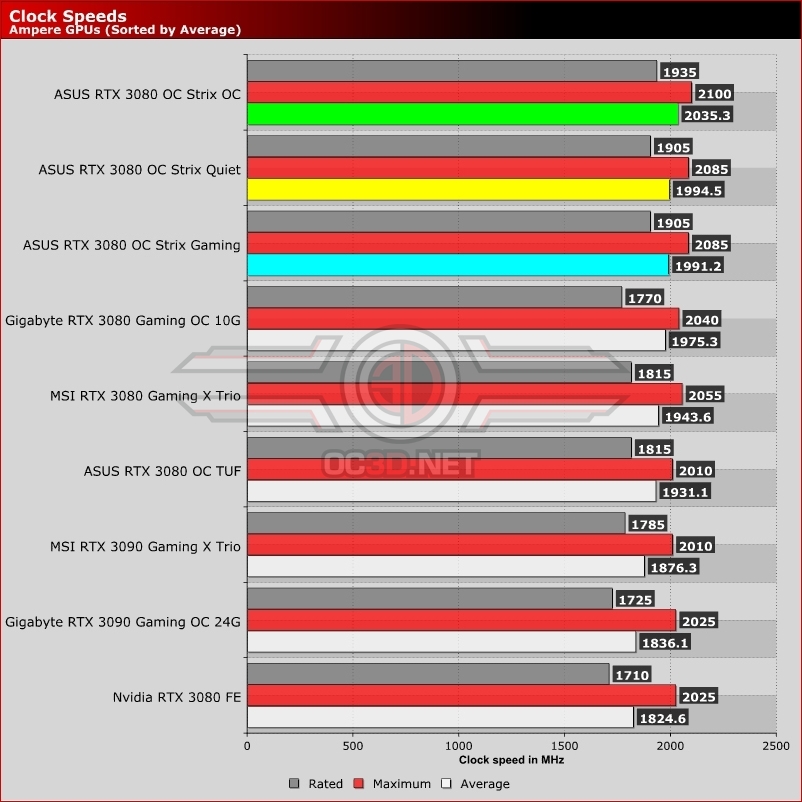