Modern graphics cards no longer rely upon the user to overclock them, as the drivers now make the most of any spare power or thermal headroom available to boost the clocks to give the smoothest performance. Thus the temperature graph is a little less important than it used to be unless the manufacturer has created a godly cooler, whilst Power Draw is fun on your energy bill, but most of us just care about performance rather than a handful of Watts here and there. With slight variance in ambient temperatures we're also including the delta temperature too, so you know exactly how well the card performs relative to the air temperature.

It might appear an odd result that the OC is the coolest of the three, but the reality is that it isn't only the clock speed that's boost but the fan profile too. The fans topped out at 64% on both Performance and Quiet modes, curious in an of itself, but 79% in OC mode, and they ran at that more often than normal. You pay a heavy aural price for that boost in FPS. 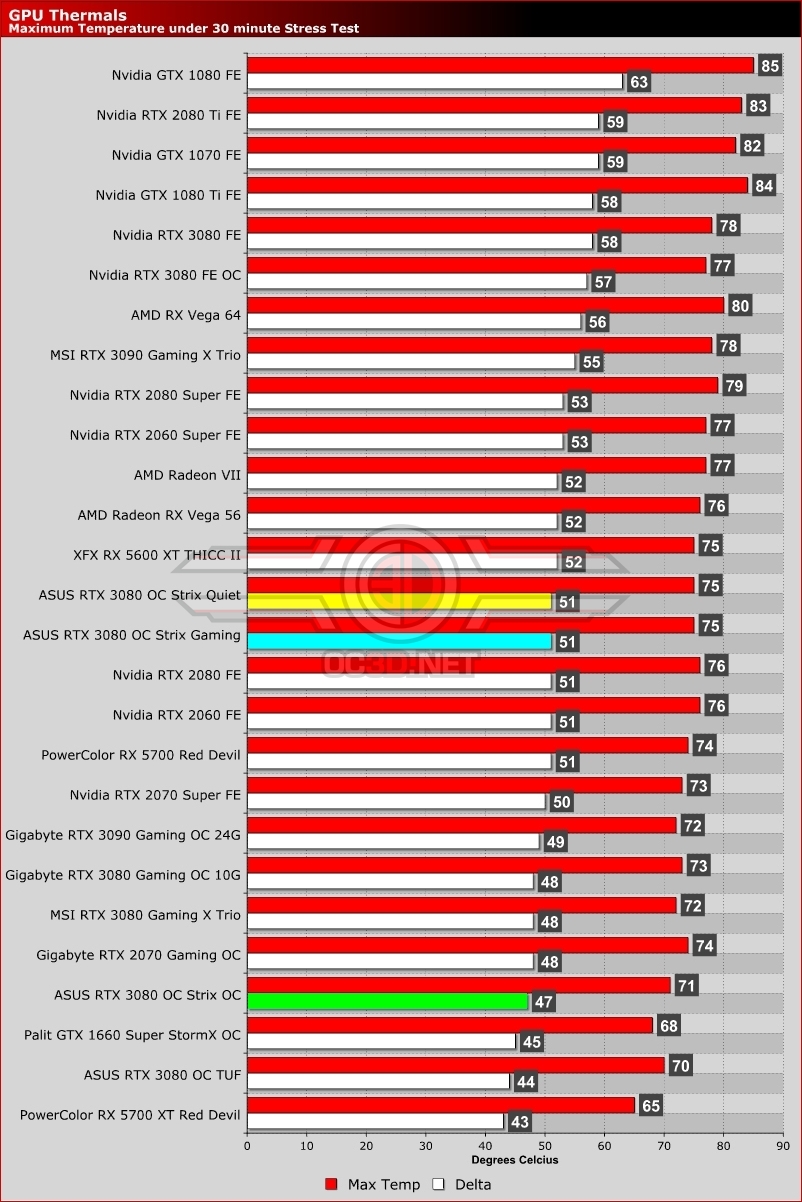 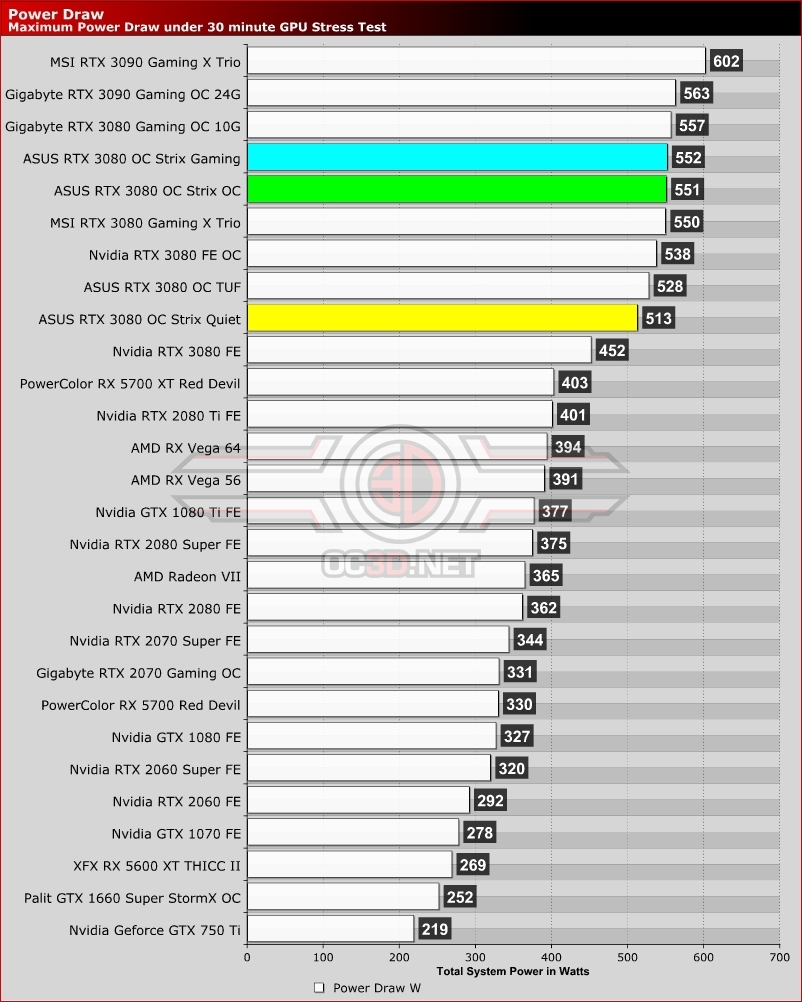