Monitors have gone a bit crazy recently. The idea of a 24 or 27" monitor was still the stuff of hardcore gamers not that long ago, and then Ultrawide panels appeared and then even bigger ones. This escalating size war has probably been finished off by ASUS with their latest addition in the Swift range, the PG43UQ.

Forty-three inches. We've owned televisions that were smaller. In fact with its feature-set and size, alongside a price that reflects such a big monitor from the people at the Republic of Gamers, it is less of a monitor and more of a Monitorvision. Or Teletor. It definitely sits in the grey area between desktop displays and televisions. With the current high end consoles supporting HDR and 4K it is just as happy revolutionising your console gaming as it is dominating your desktop arrangment. Indeed we all know how much better even average monitors are than anything but the most expensive televisions, so a high end product such as this ends up being a bargain, relatively.

If the devil is in the details then the PG43UQ is sitting next to Cerberus. The panel is a 4K 144Hz VA panel that utilises Display Stream Compression instead of Chroma Subsampling, letting it be powered by a single DisplayPort cable. Unlike a lot of high refresh rate televisions it still has all the low-latency, low input lag performance you would expect from a high end gaming monitor. Perfect if you find yourselves frustrated at the lethargy of your current console television.

Speed of response is one thing, but we want rock solid images too and to this end the PG43UQ supports both G-Sync and Adaptive-Sync, letting you push your image quality to the maximum without enduring the banding or sudden frame drops that is so prevalent on setups without flexible syncronisation options or that have V-Sync only, respectively. With large-format gaming a key component the Swift even has 2x10W SonicMaster speakers. Considering how rare built in speakers are on modern high-end displays this is a lovely touch.

Lastly the technology of the moment, HDR, is present in a fully jaw dropping HDR1000 mode that has 90% of the DCI-P3 colour space and 125% of sRGB colour space, making your eyes pop with the amazing colour reproduction. Not all HDR requirements are made equal and thus there are Gaming HDR, Cinema HDR and Console HDR modes, that fine tune the PQ curve to best display the type of content expected with such content.

But enough of the preamble, let's show you it and test it out before letting you know our conclusions. 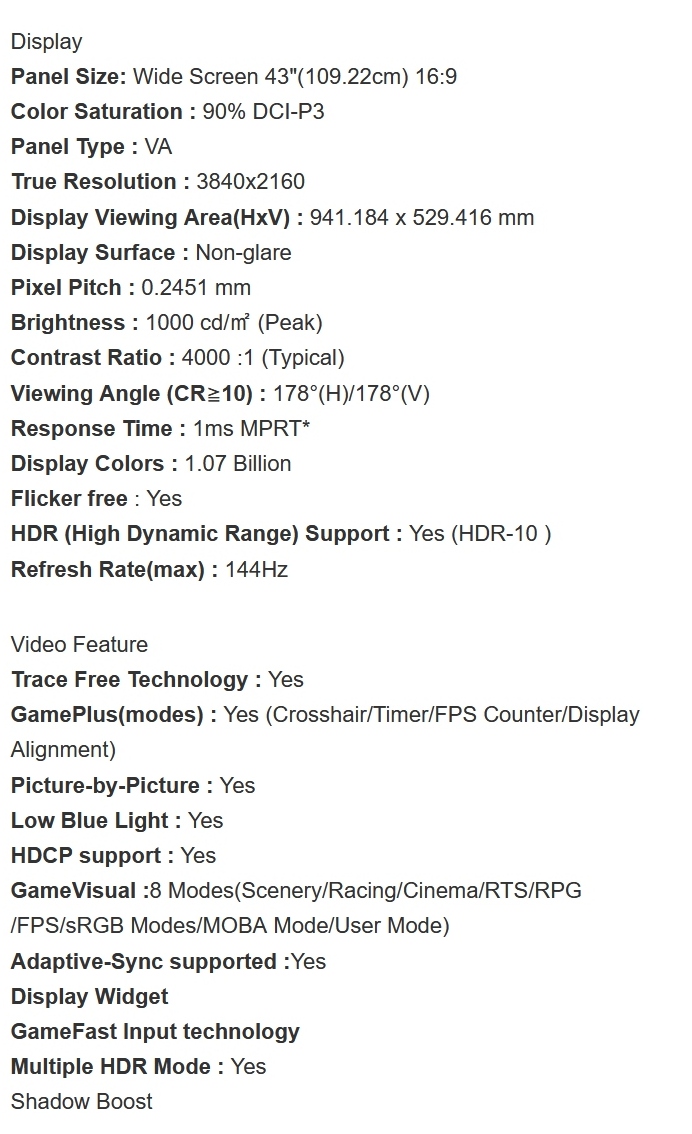 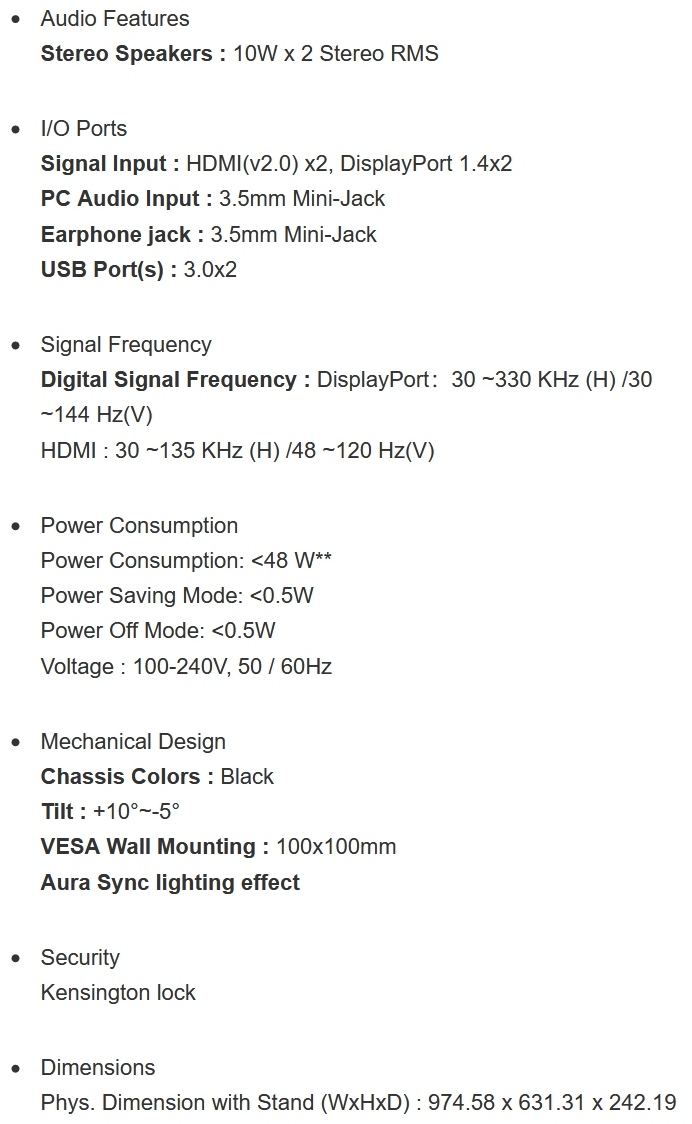