The ROG Strix box is extremely familiar to us now with the multi-hue ROG eye logo living large on the packaging. It seems that nVidia are determined to force everyone to use their large lurid green ID portion, but thankfully a card this large means a big box and that works out to a large canvas on which to fit everything. 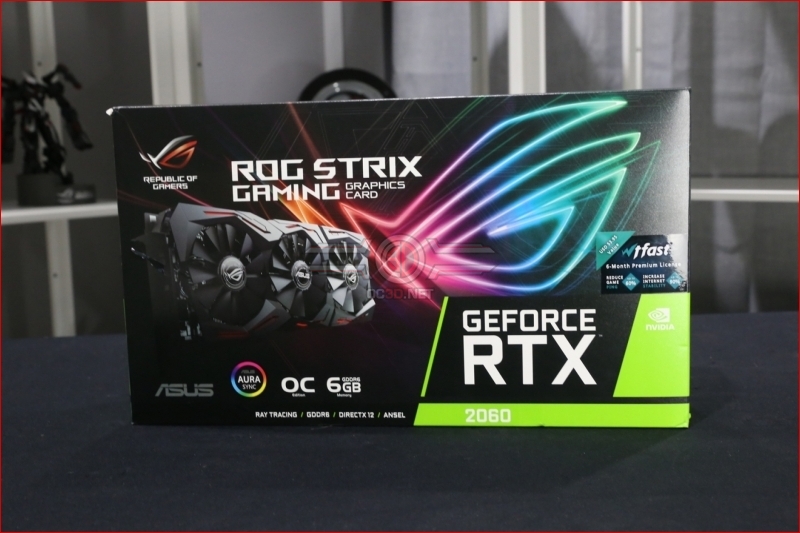 Although the PCB of the RTX 2060 can be more compact than the larger model numbers in the RTX range, the Strix is a full length card, as big as the RTX 2080. This enables ASUS to employ their triple-fan cooler which should combine well with the efficient GPU to give us low temperatures. 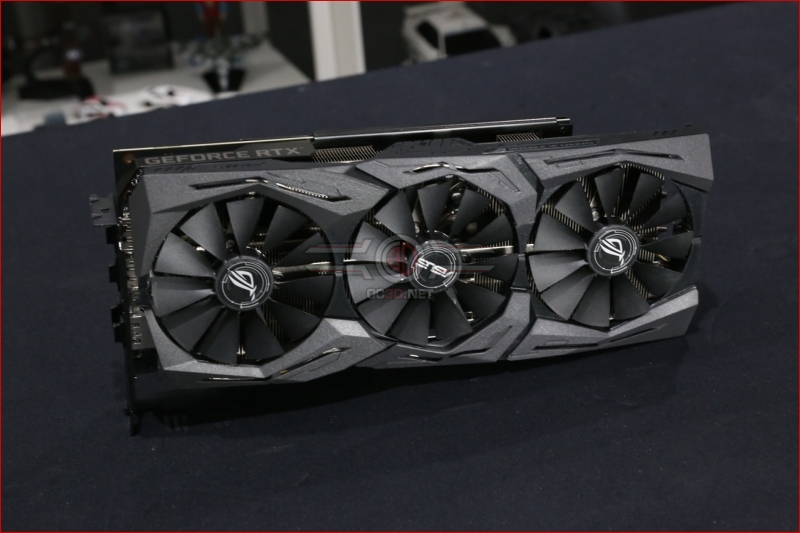 On the backplate there is a large ROG eye logo as well as the extra lines which seem to be creeping into the Strix designs. There is a one button toggle for the LED lighting alongside the BIOS switch, which lets you move between balanced profiles and ones designed for balls-to-the-wall performance. 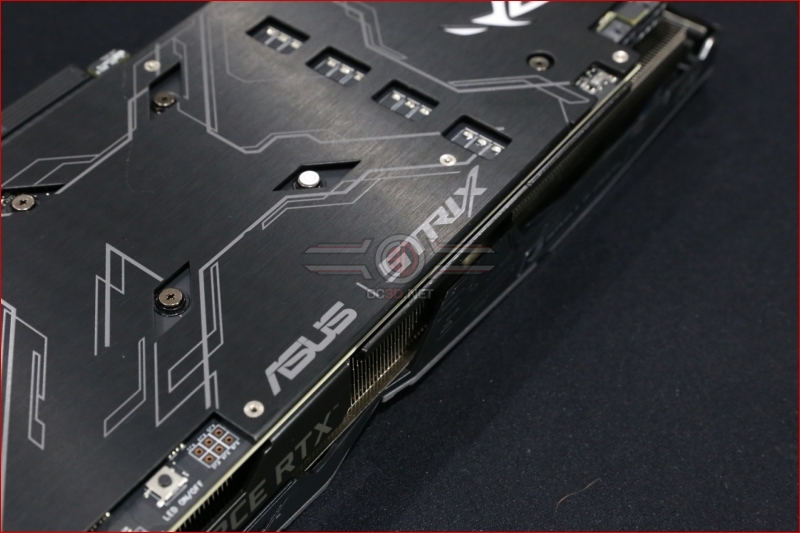 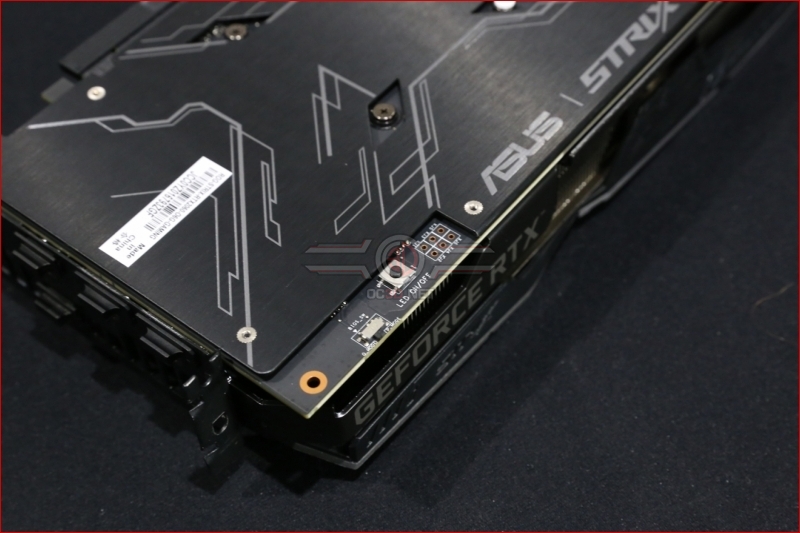 Having a cooler this large would be meaningless if the work beneath the shroud wasn't taking full advantage of the size, but as we saw on the previous page in the exploded view and can see here from the side-on shot, the Strix RTX 2060 has plenty of heat-pipes and fins to keep the card cool. 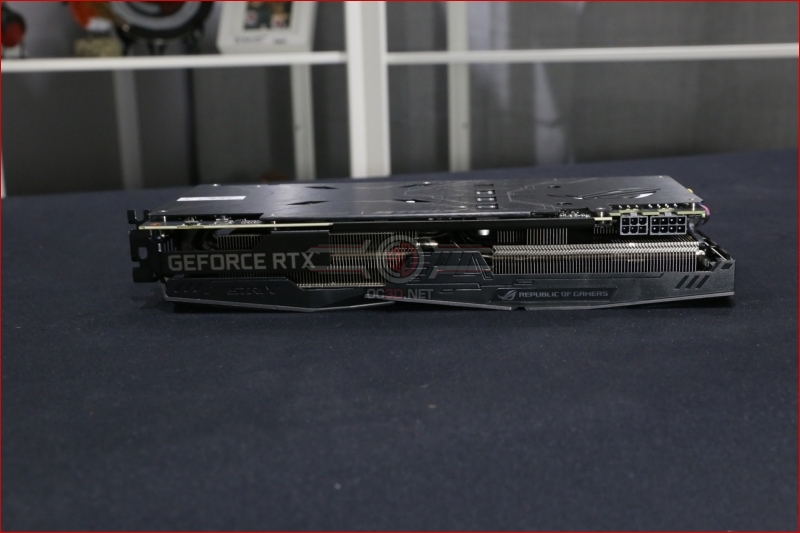 There are headers built into the PCB for AURA RGB LED lighting as well as a fan, letting you use the card as the base of a software controlled setup without requiring you to own an ASUS motherboard. 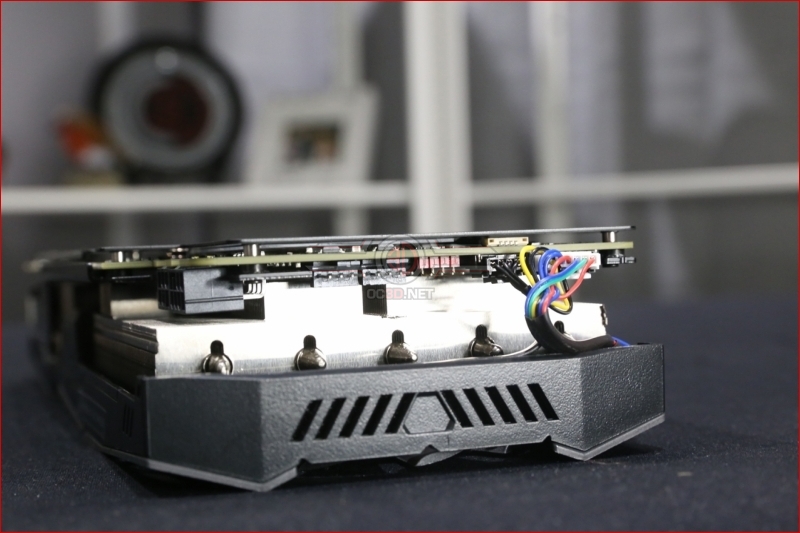 The nVidia RTX 2060 used a single 8 pin PCIe power input but the Strix let's you pump it full of power with a 8+6 pin PCI Express combination. 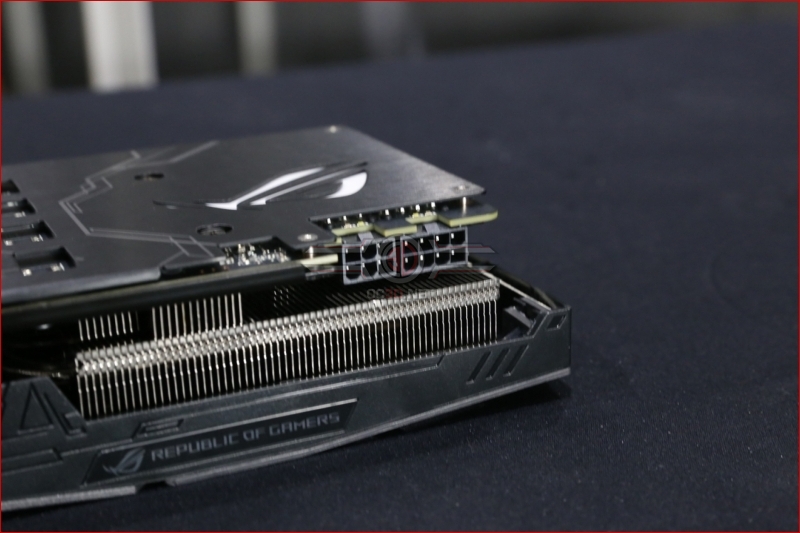 Lastly the connectivity of the Strix RTX 2060 apes that of the nVidia model with 2 HDMI, 2 DisplayPort and HDCP support. 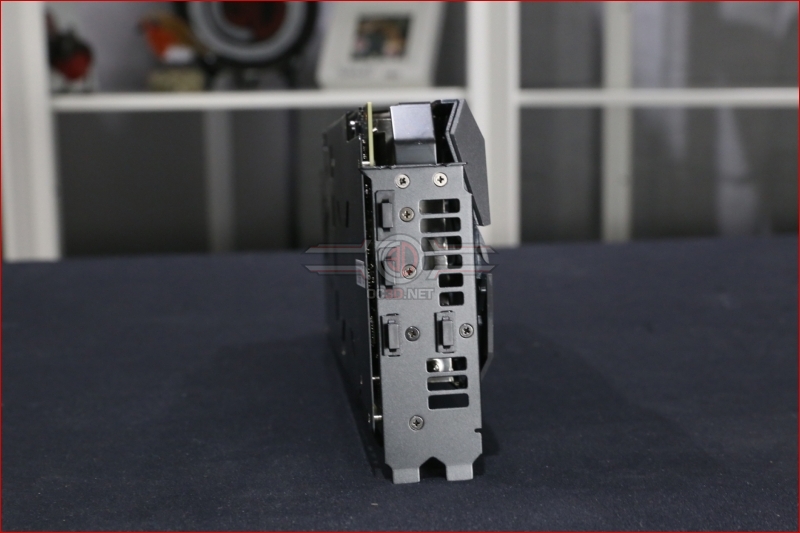 looz
It's impressive but I fail to see a reason to buy this over an entry level 2070 or just 2060 FE, which certainly has an adequate cooler.Quote

spolsh
So, same price as the card that's a level up ? The only award it should win is mugs choice.Quote

AngryGoldfish
Quote:
Agreed. I'd rather get the next card up or a reference 2060.Quote

demonking
Quote:
You get what you pay for, just have a look at the ads....Quote
Reply