Hybrid cooling is something which has been tried many times with varying degrees of success. Some companies have gone down the route of supplying an AIO with their card, which somewhat goes against the idea of a hybrid cooler, but others have been dedicated to the cause of supplying you with a graphics card that is as happy being plugged into your water cooling system as it is just running in the standard air-cooled mode.

ASUS have probably been the most successful at combining two very disparate requirements into a successful whole with their Poseidon range of cards starting at a single fan version, going through the 'works but wasn't too attractive' GTX 980, and ending up with today's model, the GTX 1080 Ti Poseidon.

Have ASUS finally hit the sweet spot between the needs of an air-cooled card and the desires of a water cooled one? Is the GTX 1080 Ti Poseidon a jack of all trades, or a master of none? We are as intrigued as you are.

If you forget that the Poseidon has a hybrid cooling solution then the specifications seem similar to any other Republic of Gamers Ti that we've experienced. There is the ability to switch between Gaming Mode, with 1708/1594 clock speeds, or OC mode with 1733/1620 clock speeds. We're not sure why you'd ever run at anything other than OC mode to be honest, especially as the differences between the two are slight enough to not really cause major power or thermal differences. With a DVI, a couple of HDMIs and two DisplayPort outputs the Poseidon covers every type of monitor input, although we highly recommend those of you who only have a DVI input to start saving for another display as soon DVI will disappear in the same way VGA has.

But enough of the things you already know, what does it look like? 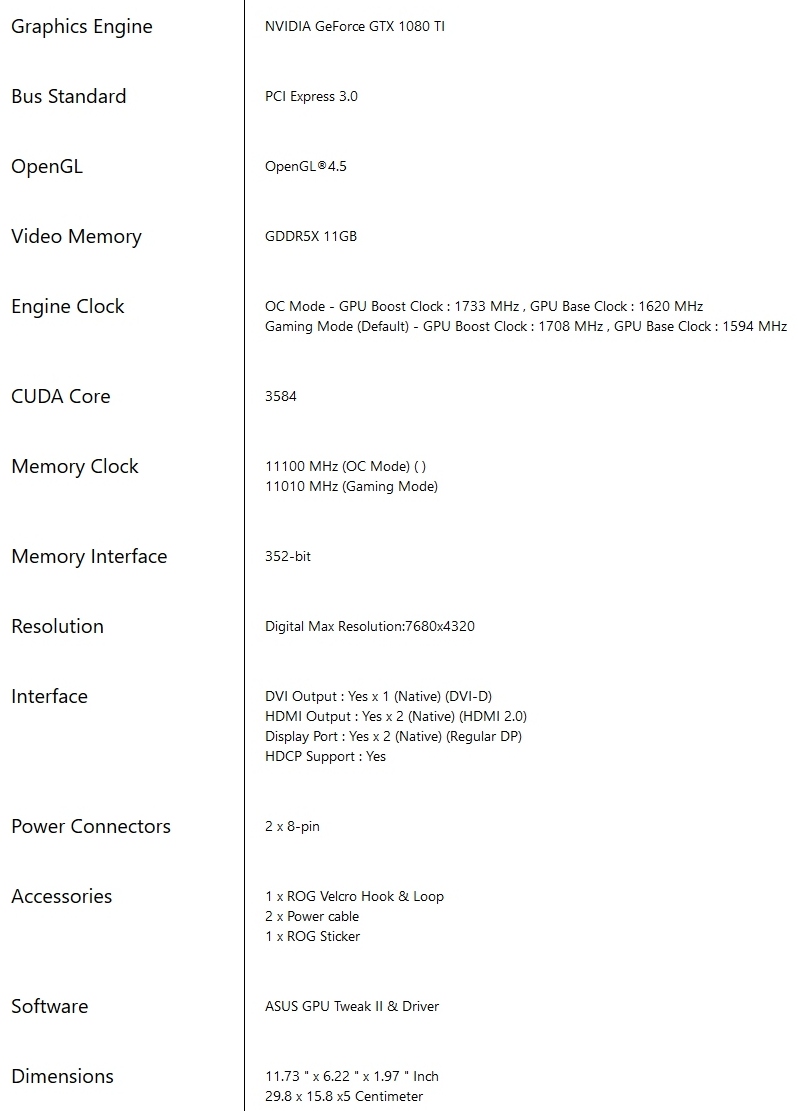 tolagarf
Seems to perform very well compared to the older models, but I'm not sold on the Hybrid thing anymore.Quote

Redtute
Like to see it compared to the MSI full water block to see if there any improvements on the full water locks.Quote

AlienALX
Quote:
Me either, but it's a blocked card with a full warranty and believe it or not it sells, really well.

Asus have been doing this for a few generations now and if it wasn't selling it would be on the scrap heap.Quote

Kaapstad
Another good video, I am getting quite a collection of OC3D videos in my 1080 Ti owners thread.

Seikusa
TTL did you just test it with Air and Water at the same time?
It looks like you only test Air and Water separately.
I would have like to see how much extra °C it would bring when the Water cooler is also Air cooled.
A bit disappointed about the test.Quote
Reply