The Phoenix box is a little different to the usual ASUS offerings, largely because most of their products we receive for review are part of the ROG range, whilst this is very much a regular ASUS product. 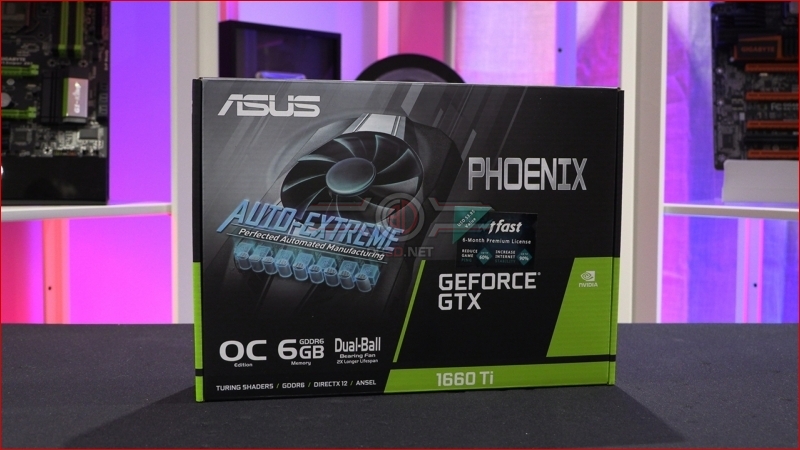 If you've come here having seen our other two GTX 1660Ti reviews today then unquestionably the first thing you'll be thinking is the same as us, namely "dinky, isn't it!". After the beefy MSI Gaming X and enormous ASUS Strix, it's almost shocking how tiny the Phoenix is. It's like going from an E-ATX motherboard to an ITX one. 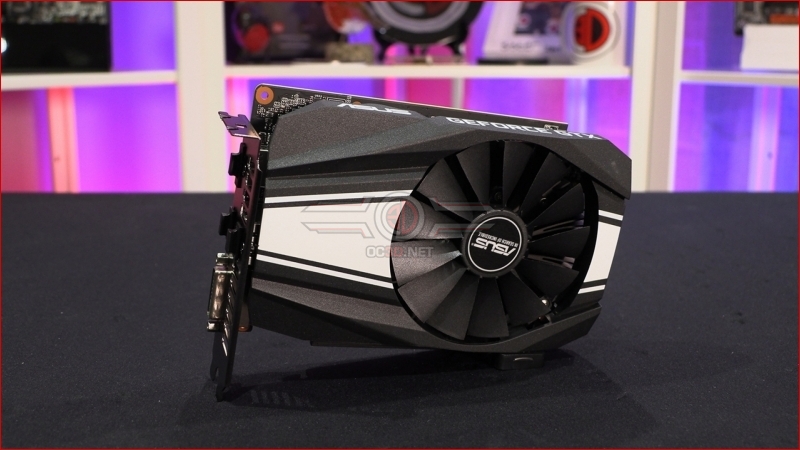 Rather than go for a de facto standard heatpipe and fin arrangement the cooler on the Phoenix looks more like the type of cooler you get on a reference Intel cooler. Just enough fins and thermal pads to keep it cool enough to work without pushing the price tag up. 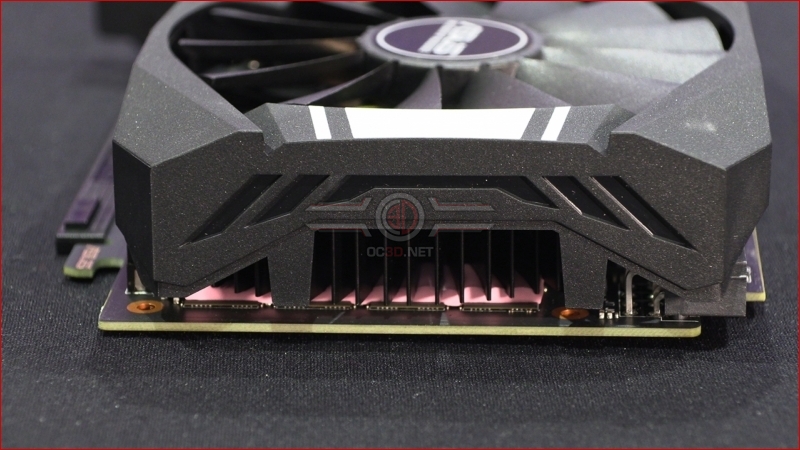 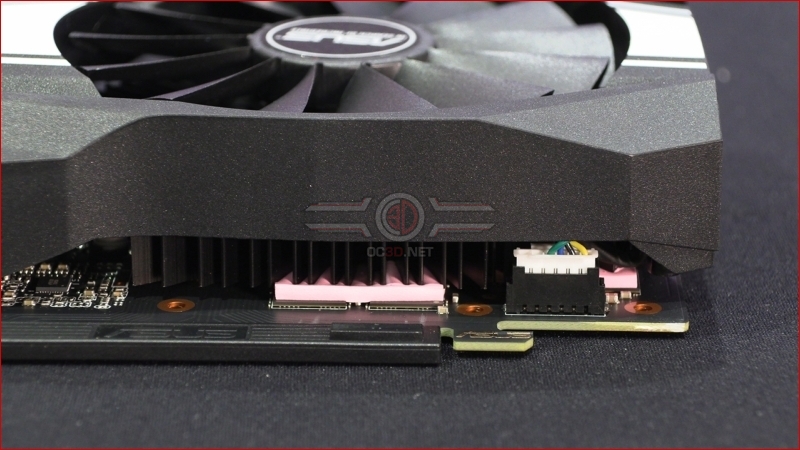 The shroud is unquestionably plastic, but surprisingly robust. If you've ever had a cheap and nasty cooler you know that there are low-grade plastics and high-grade ones. The Phoenix has no squeaking or flexing or creaks and groans. Sure it won't win any aesthetic awards, but neither is it built down to a price. 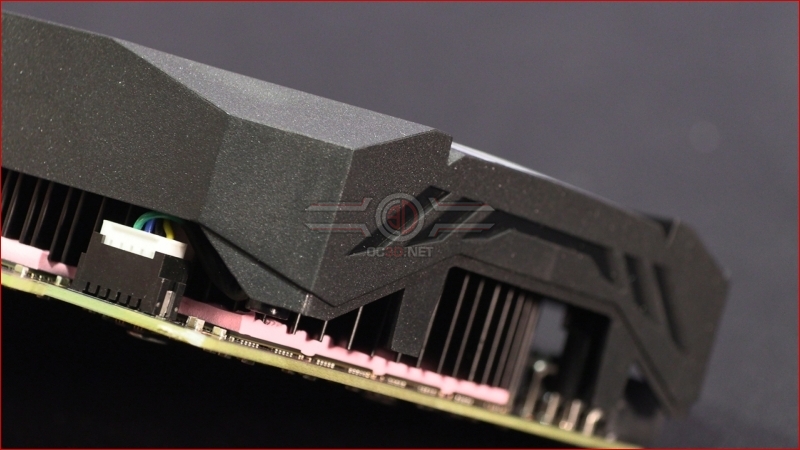 Having already looked at the Gaming X and Strix beneath their covers the Phoenix is extremely compact in comparison. It's about the least amount of graphics card you need whilst not compromising the overall ability. 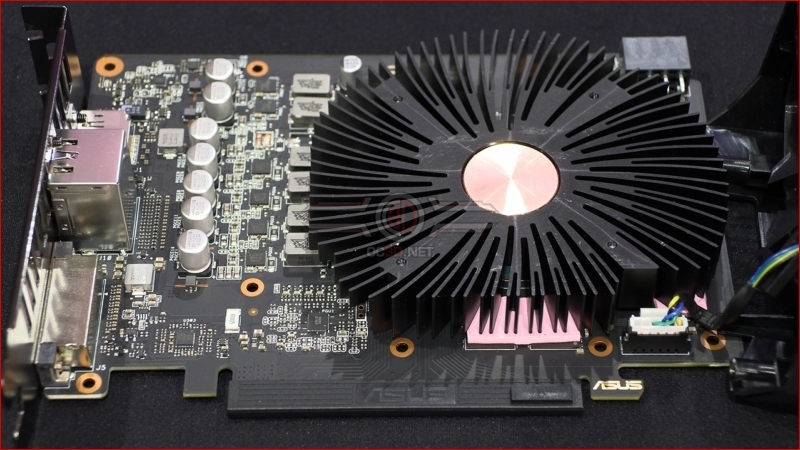 At the business end, we get a clearer indication of the target audience for the Phoenix thanks to the included DVI-D connector that is missing from both the other cards we're testing today. Because those on a tight budget are probably still running an older DVI panel. 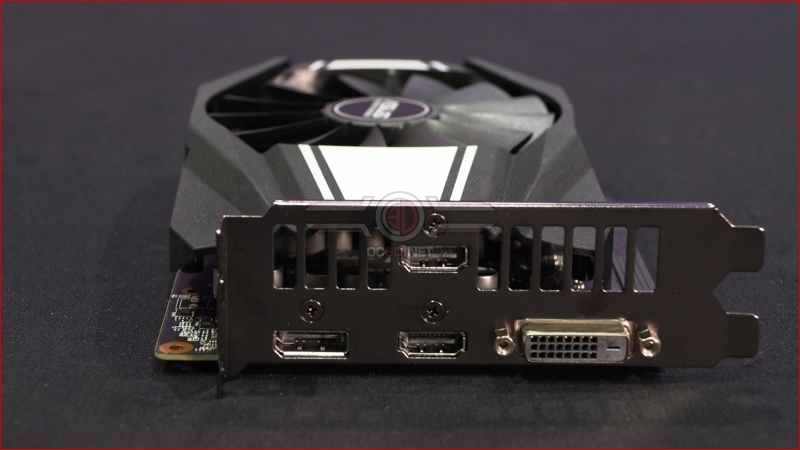 tgrech
Just watching the YT video now, it's great you managed to get the "normal" model too Tom, it always piffs me abit when companies send only their latest & greatest with budget orientated models rather than the ones people would realistically buy (Especially this far down the stack since most would step up a tier to £329 2060's rather than pay 25% extra on the slower model for better cooling)

WYP
Quote:
Exactly. We are very happy that we got the low-cost model this time. TBH, this is where the 1660 Ti makes the most sense.

The NV RTX 2060 Founders is £329 when it is in stock on Nvidia.com, so the high-end GTX 1660 Ti models don't make that much sense if you are looking for peak price/perf.Quote

AlienALX
It's half a Strix.

Looking at performance it's quite clear this is a pointless release. All they needed to do was drop the 2060 to £300.Quote

Wraith
Yes Tom! Just all the Yes!! A budget GPU at long last, still a little confused as to where or what it's supposed to be or where it's meant to fit in the line up the "1660Ti" monika is also confusing..

etaXdoa
back when Nvidia regularly had blower style fans they were generally reviewed as quiet and superior to AMD cards as they exhausted heat out of the case.... yet now the old style blower fans are regarded as noisy and it is better the heat is kept in the case!??!?!Quote
Reply