Some of us are old enough to remember when a low-range graphics card was sufficiently wheezy that buying one was an admission you're going to be spending your days playing Freecell. Those days are long behind us, with the range-topping cards having so much power it's scarcely believable, which has the additional drip-down effect of providing us with fantastic, affordable models.

The GTX650 was probably the first truly usable nVidia card at the value end of their product range, and the GTX750Ti has so much performance that we still recommend it to those seeking affordable gaming. Today's review, an ASUS GTX950 Strix and MSI GTX950 Gaming 2G, has much to live up to with the bar already set high from the GTX750, and the current 9xx series of cards dominating performance charts.

These are designed to bring 1080P gaming to the masses. Combining low cost with low power draw and wrapping it all up in a package that should be capable of handling even the latest titles, the audience for the GTX950 is matched only by our eagerness to see how it fairs against its predecessors.

The two cards, the MSI on the left and ASUS on the right, are very closely clocked. As we'll see in the graphs the ASUS manages to squeeze a little more from the nVidia GPU Boost 2.0 technology, although both are incredibly evenly matched. 2GB of GDDR5 might not seem much in these days of 4 and 6GB graphics cards, but given the resolution at which these cards thrive, 1080P, it's plenty. With only 768 shaders, an increase of 128 over the GTX750Ti, it certainly has the horsepower potential to better the previous card, although with 75% of the CUDA cores available to the GTX960 we don't think it will get close to the current champion of affordable GeForce gaming. 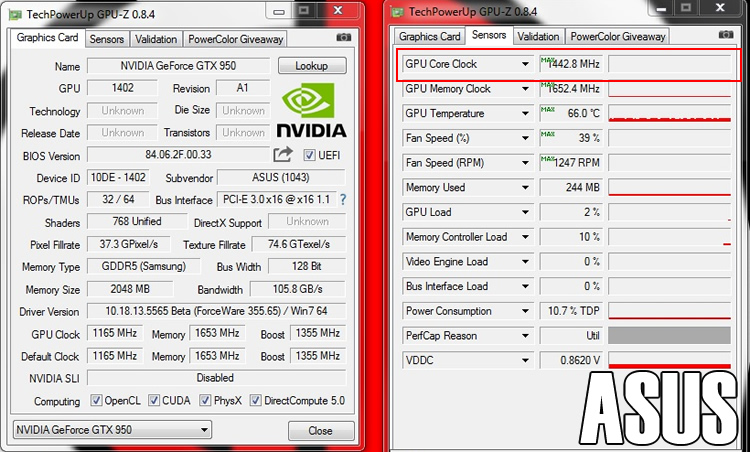 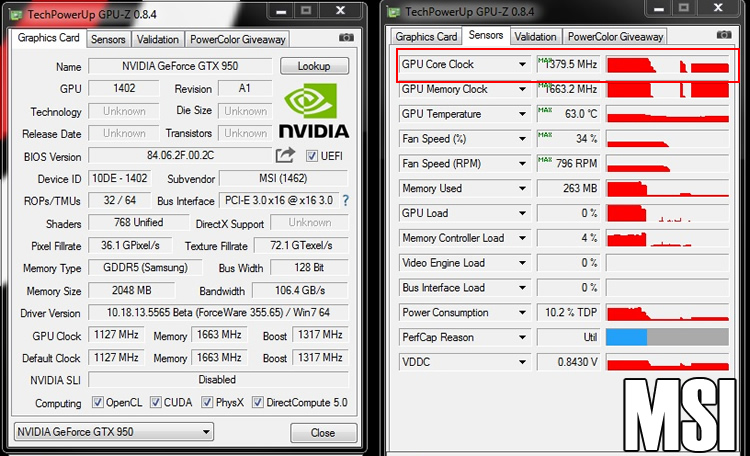 AlienALX
Nice fun review thank you. I think I would go with the MSI, mostly because it looks more substantial but the Strix could be good for ITX rigs

They are ridiculously close, leaves no room for a Ti model, unless they Ti the 960.

Meladath
Not bad at all. Really needs to be compared to the 370 though given they have similar price point's, (although only 4GB version of the 370, 2GB version is notably cheaper). Looks like nvidia has a great budget card on their hands, although extensive comparisons must be made.

960Ti coming for sure, 960 was a joke given its price point, even more so now that this is out.Quote

the_weegie
Kinda think there should be more cards in the same price bracket in the graphs to compare it to. All well and good showing how it fares against a 980ti but people would generally want to know how it performs against other similar priced cards.Quote
Reply