When these GPUs arrived in the office two things were clear, first that I would have to wrestle TTL to have a even get a passing look at these GPUs and second that they would be an ideal GPU for a Hackintosh PC.

With this GPU having a white and red colour scheme, the the promise of quiet operation and the same levels of power efficiency that we have came to expect from Nvidia's Maxwell GPUs, these GPUs are simply OC3D incarnate, at least on paper. 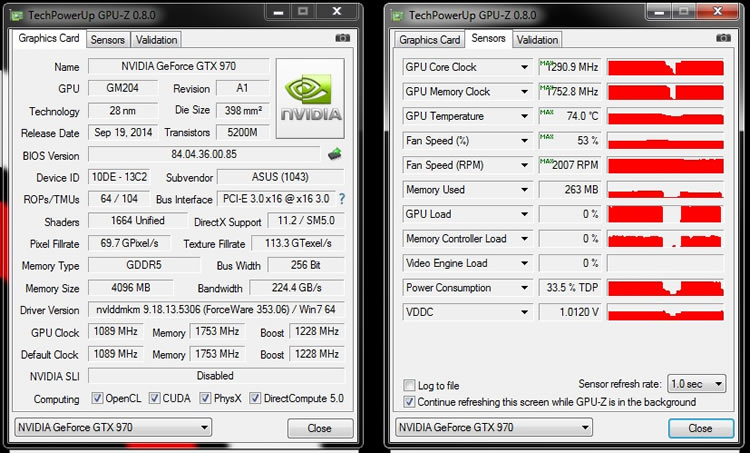 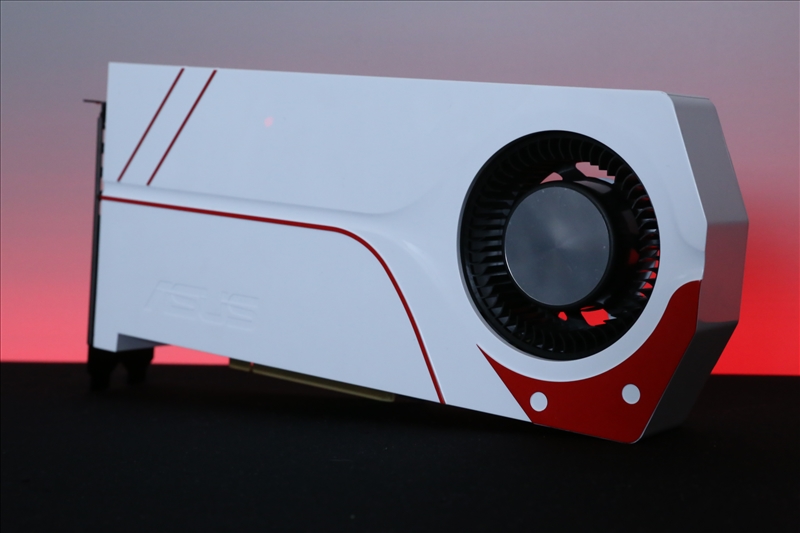 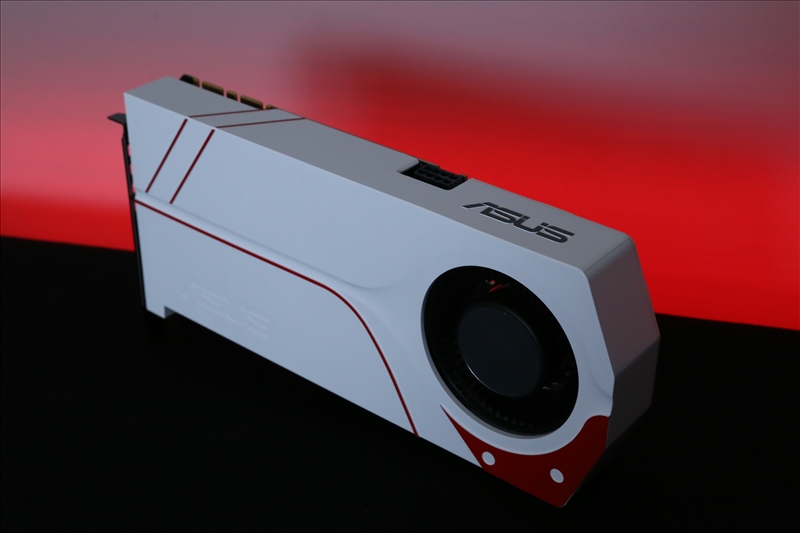 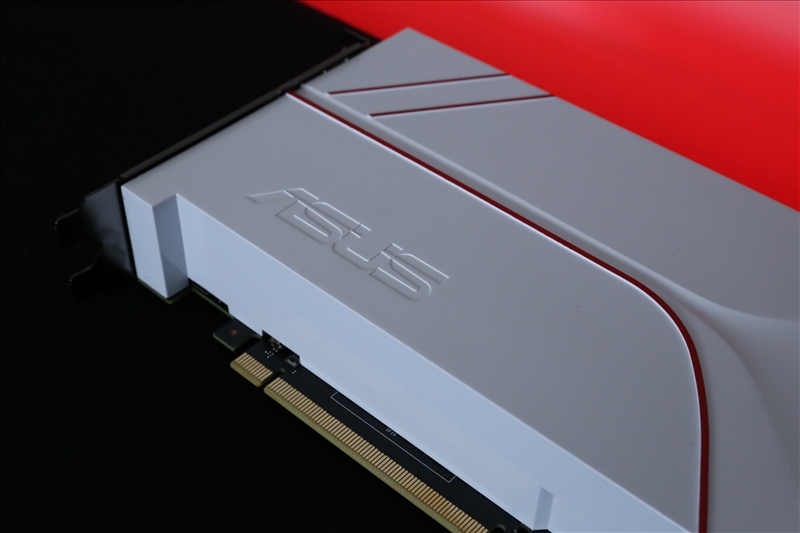 One of the unique features that this GPU has is its Dual-intake blower fan design, which is something that we have not seen on a GPU for many years. ASUS say that this was a design decision that was made to make this GPU ideal for compact Micro ATX or Mini ITX Systems, as if one side of the fan is close to a case side panel or another GPU in SLI that the card would still be intaking cool air from the other side, giving this GPU ample airflow and cool operating temperatures.

When we heard this claim form ASUS we decided to put it to the test, by conducting thermal tests on this system in our standard test rig, and in a Mini-ITX case (where the bottom side of the GPU was right up against the side panel of the case). We also tested these GPUs in an SLI Configuration where the GPUs were right against each other, just to see if the temperatures skyrocketed. 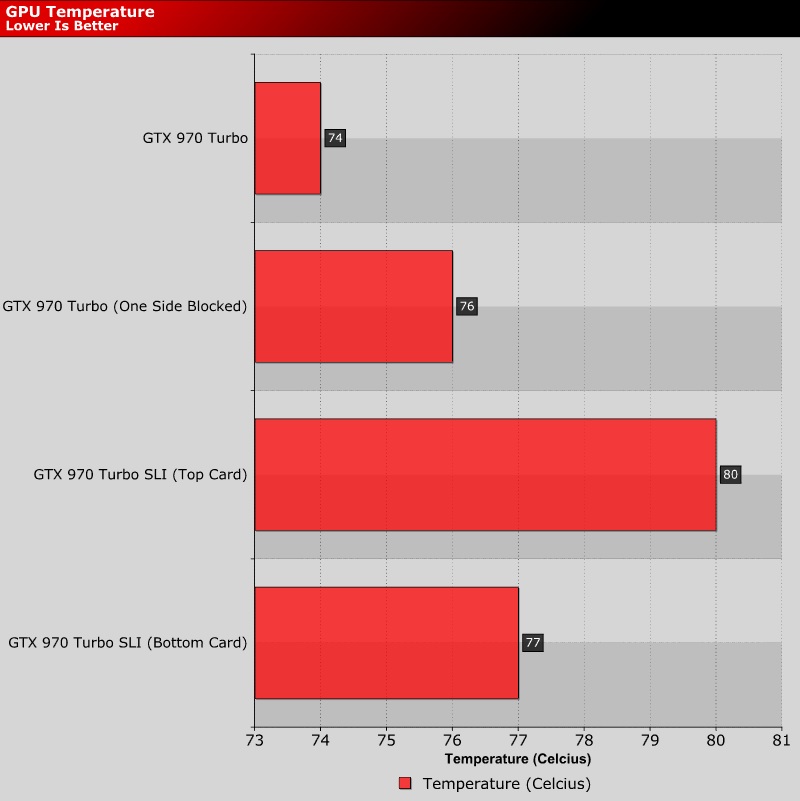 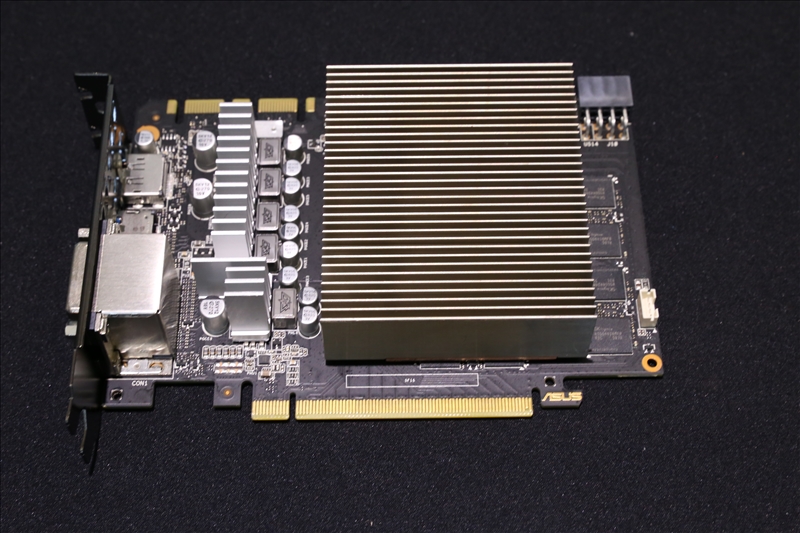 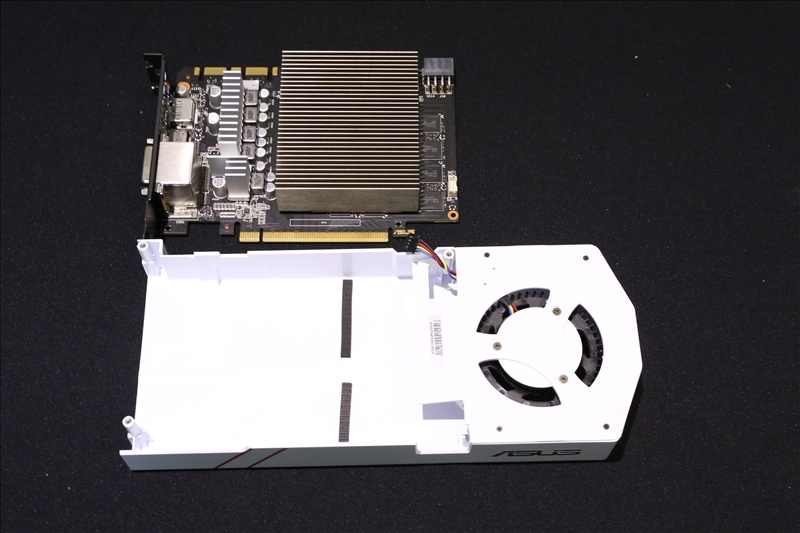 As you can see the GPU was almost unaffected by having one side of the GPU covered in our Mini ITX chassis, with it's load temperature only rising by 2 degrees. 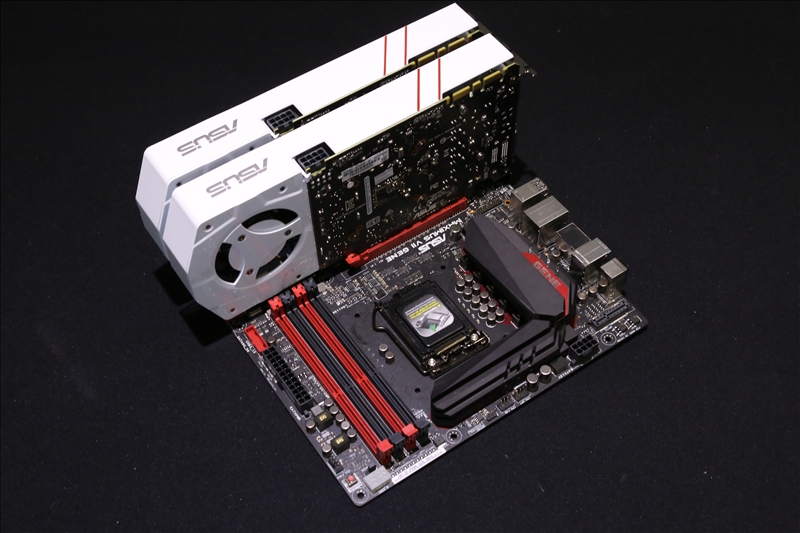 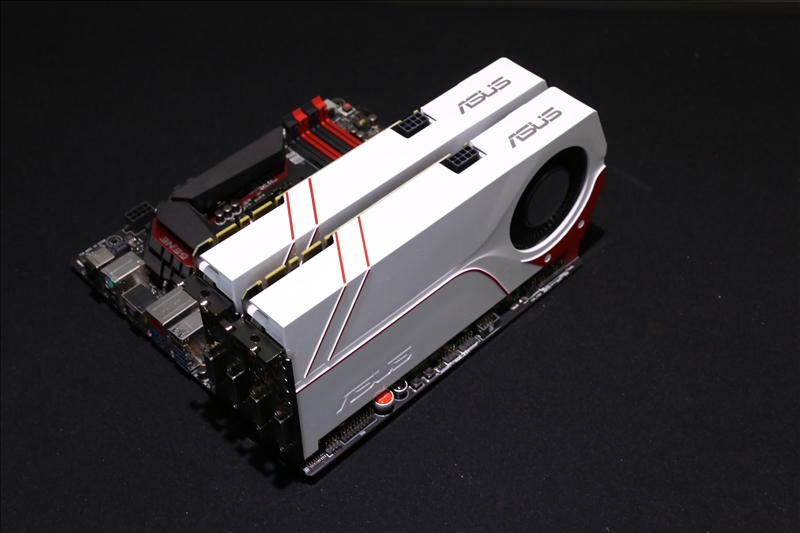 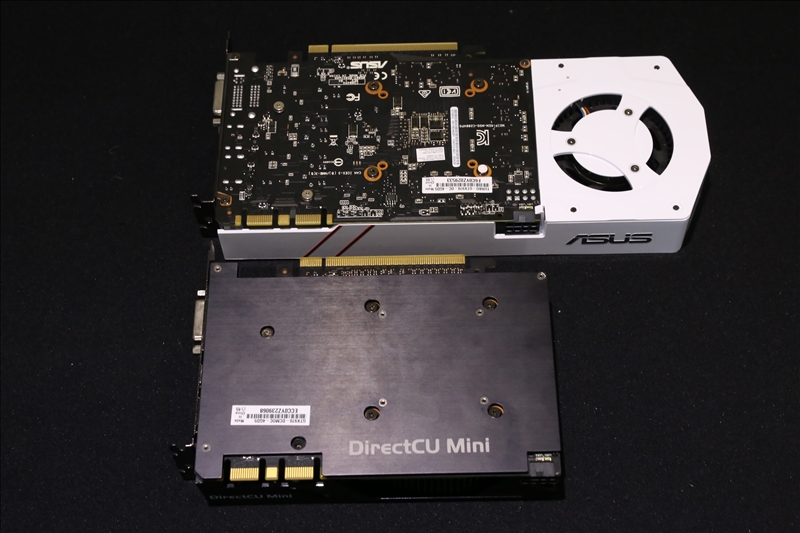 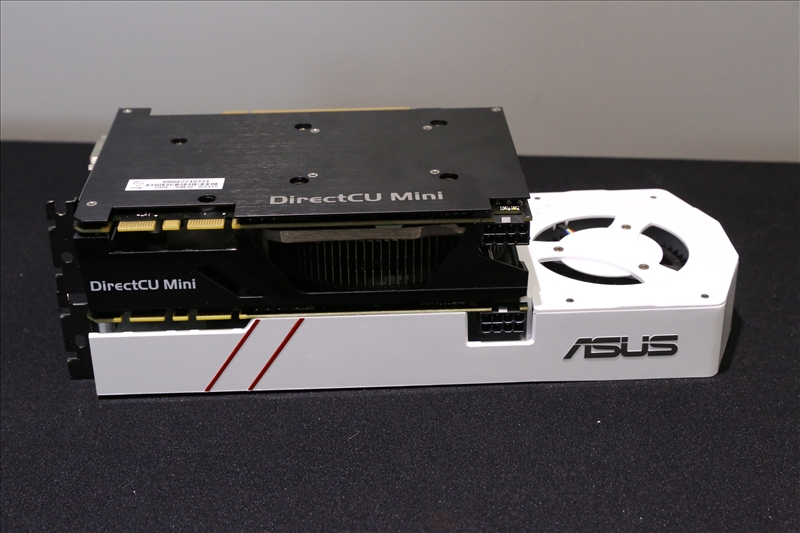 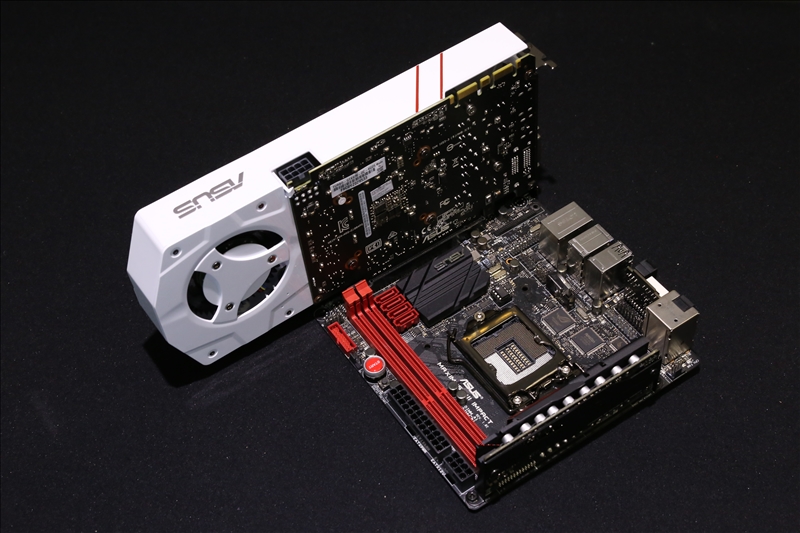 As we can see here this GPU looks uses a very similar PCB to ASUS's GTX 970 DirectCU Mini, which we had a look at a few weeks ago, which is unsurprising as it has very similar stock clock speeds for both the GPU core and memory.

With thermal results like these, this GPU is ideal for use in a Mini ITX case or to be used in SLI in a Micro ATX System. We were so impressed with these GPUs when used in SLI that Tom even considered going MATX with his next system. 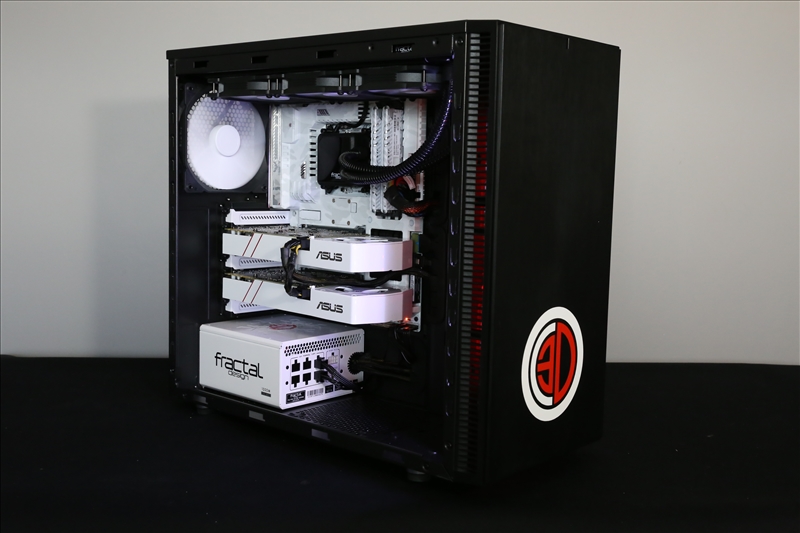 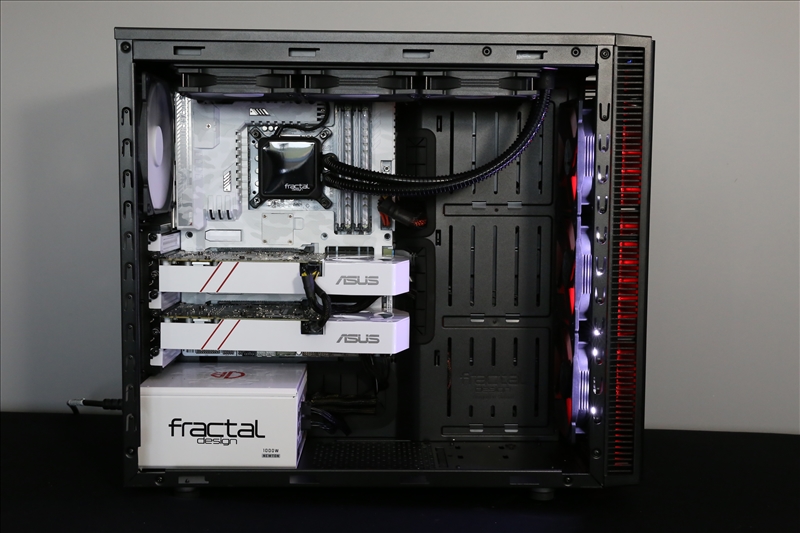 To put things in simple terms this GPU is perfect for compact systems, while it is not as short as the ASUS GTX 970 DirectCU mini it had the benefit of it's omni-directional blower fan, which will intake air from anywhere it is available, directing all of the heat produced by your GPU outside the rear of your case.

This GPU is very useful in certain use cases, but with Mini ITX and Micro ATX form factors continuing to grow in popularity these use cases are becoming increasingly common. This GPU's cooling method is extremely impressive and suits configurations that we would otherwise not recommend, like Micro ATX SLI.

You can join the discussion on the ASUS GTX 970 Turbo on the OC3D Forums.

Wraith
Oh lord is that pretty!

Would have been perfect had they included a full length backplate that stood off the PCB slightly.Quote

tinytomlogan
Quote:
That would cover the rear intakeQuote

Wraith
Quote:
It's why I said Stood off slightly, give it a 3 - 5mm gap should be plenty to feed the air it needs to the impeller.Quote

Feronix
Quote:
But then you can't sandwich the cards in µATX builds!Quote
Reply