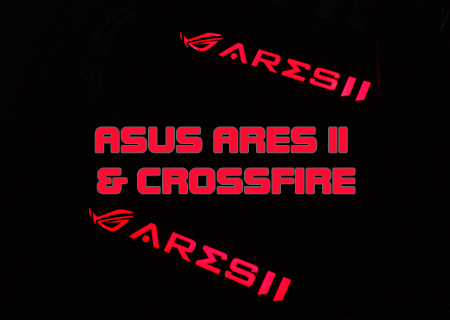 ASUS have long been ploughing a lone furrow in the world of the truly insane graphics card. From the original Mars, the first Ares, through the Mars II and now the Ares II, if you were recently a city banker or happened to win the lottery then there was a single company out there asking for your money.

The original Ares was two full-fat HD5870s on a single PCB with a seriously gorgeous cooler. Of course it was hilariously expensive, but you had some exceptional packaging and lots of little bits and bobs to help soothe the pain. More importantly the performance was incredible. So often dual-GPU cards are cut-down versions of the high-end GPUs, but with the ASUS range you had totally un-trimmed graphics.

Now it's time to take a look at the next in the range, the Ares II. With two full-on HD7970s beating beneath a self-contained water-cooling loop, it certainly has the potential to break our benchmark records.

As always it wouldn't be an OC3D review if we didn't push it that extra mile and today we're not only going to be looking at the performance available from a single Ares II, but what you can get from the insanity of Crossfired Ares II's.

There is no denying that the Ares II is right up there with the best single PCB solutions available. This isn't the first time we've seen the Tahiti XT duplicated on the same board, as the PowerColor Devil13 HD7990 did the same thing. The main changes between the PowerColor and the ASUS offerings is the increased speed of both the GPUs and the GDDR5 on the Ares II, as well as the cooling solution of course.

Whereas the HD7990 had DVI, DisplayPort and HDMI connections the Ares II relies solely upon DVI and DisplayPort to provide it's output. Although if you've got the requisite £1200 to buy the card we assume you're already rocking some serious DisplayPort monitors. 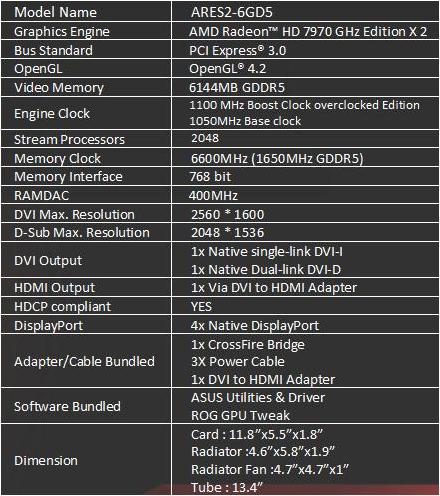 Not my cup of tea with the whole AIO WC though..... i like modding, but to buy it like that, seems odd

Gamepro105
Love the video with bench marking. there great cards. now how do i afford them

The card looks great and benches even better..That is a lot of CASH

murphy7801
Way to much cash but people want to pay for it but sure someone bought it and is happy.Quote

kejser11
That does it! I´ll stick to Devil 13, where You do get the accessories at a much lower price and virtually the same power. I will NOT pay £500 - 600 for a metal suitcase worth around £50! Come again, Asus. You know better!!!Quote
Reply