Moving up to 4K we receive one of the biggest surprises that Ashes of the Singularity has to offer, as with our 1080p and 1440p results being such a good showing form AMD we expected 4K to be no contest, but here AMD actually loses to Nvidia when it comes to the best performance.

While the running is pretty neck and neck between AMD and Nvidia at this resolution, with AMD's R9 Fury X with DirectX 12 and GTX 980Ti with DirectX 11 offering very similar performance, Nvidia just manages to stay ahead of Nvidia and secure the win. 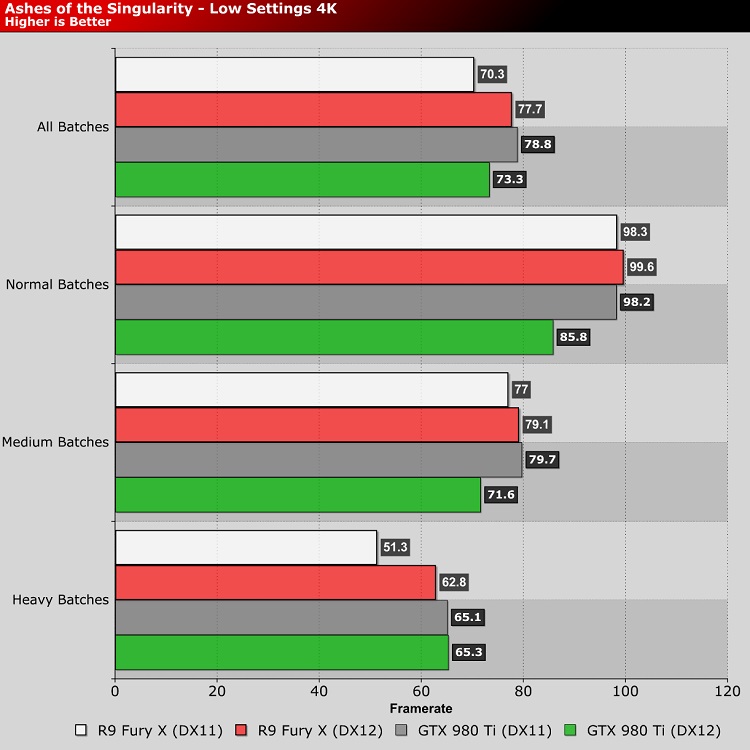 Sadly Ashes of the Singularity uses a lot more VRAM when using DirectX 12, so moving to anything higher than 4K low settings results in AMD simply not having enough VRAM to run the game well, though at these settings AMD is able to beat Nvidia with in DirectX 11.

Hopefully in the future DirectX 12 in this title will not be such a VRAM hog, or perhaps that future GPUs from AMD will have a much larger frame buffer, as it is a real shame to see the R9 Fury X being held back by it's 4GB Frame buffer, especially given the GPUs 1440p performance. 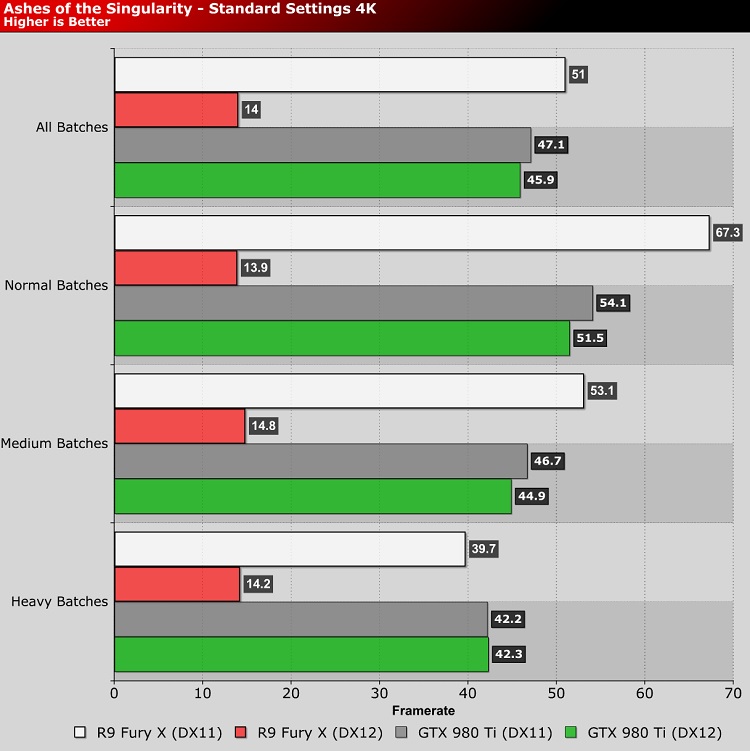