At 1080p we can see that at the game's lower settings that AMD's DX11 implementation in this game is not great, lagging behind Nvidia by a significant margin in the lower settings. DirectX 12 does a great job to improve AMD's performance, so much so that that at low setting that they beat Nvidia in everything but heavy batches, showing exactly why AMD is pushing so hard for developers to support the new API. 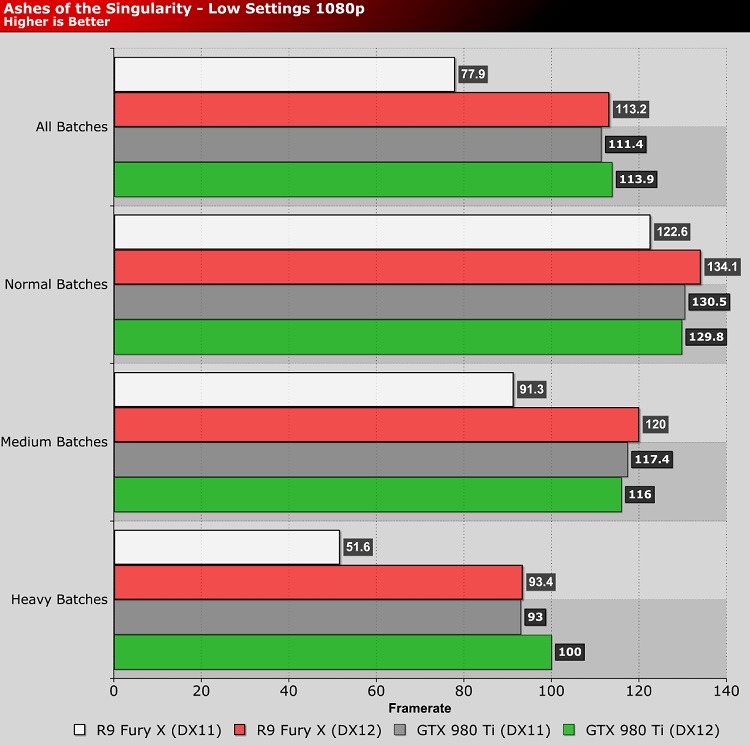 As we move up the graphical settings we can see that AMD R9 Fury X starts performing a lot better when compared to the GTX 980Ti, with DirectX 12 again offering a huge performance benefit.

Usually we see the R9 Fury X have a harder time competing with the GTX 980Ti at lower resolutions, but in this game with DirectX 12 we can see AMD winning in all cases from high to normal batch counts at standard settings. 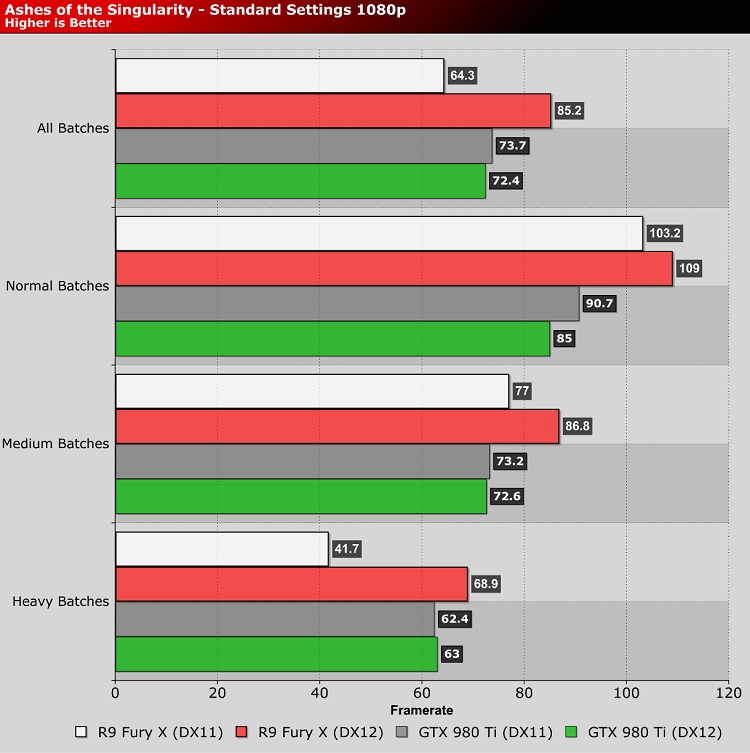 At high settings we can see that Nvidia is clearly still focused on their DirectX 11 performance, with DirectX 12 offering performance decreases for them in all but normal batch loads at high settings, which makes sense in a business sense since DirectX 11 is still dominant in the market and sheer lack of DirectX 12 games that have been released so far.

AMD on the other hand seem to be focusing more on DirectX 12, offering great enhancements to their GPU performance and giving them a significantly higher average framerate overall. 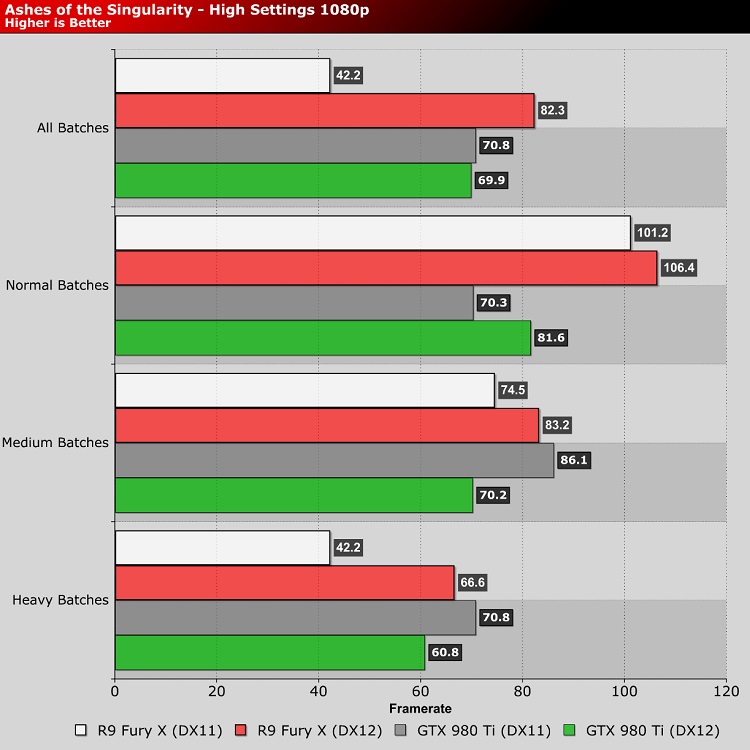 At Extreme we again see AMD making significant performance improvements with DirectX 12 showing exactly what their support for Asynchronous compute bring to the table, giving them the best performance in this title at 1080p Extreme with the new API. 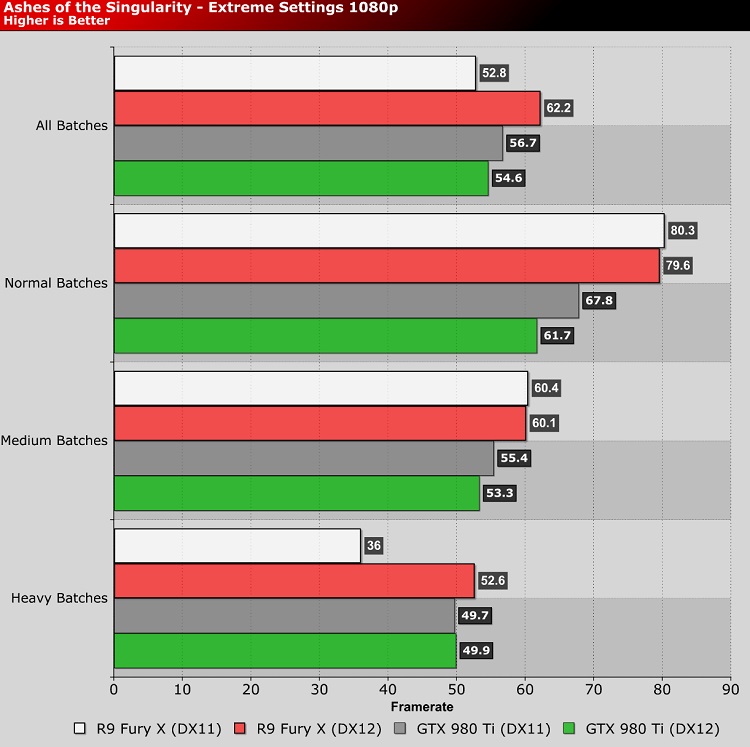 Here we see very similar results to that of the Extreme settings, with AMD on average gaining around 6 FPS, which is around a 13% performance gain, whereas Nvidia gain nothing from using the new API. 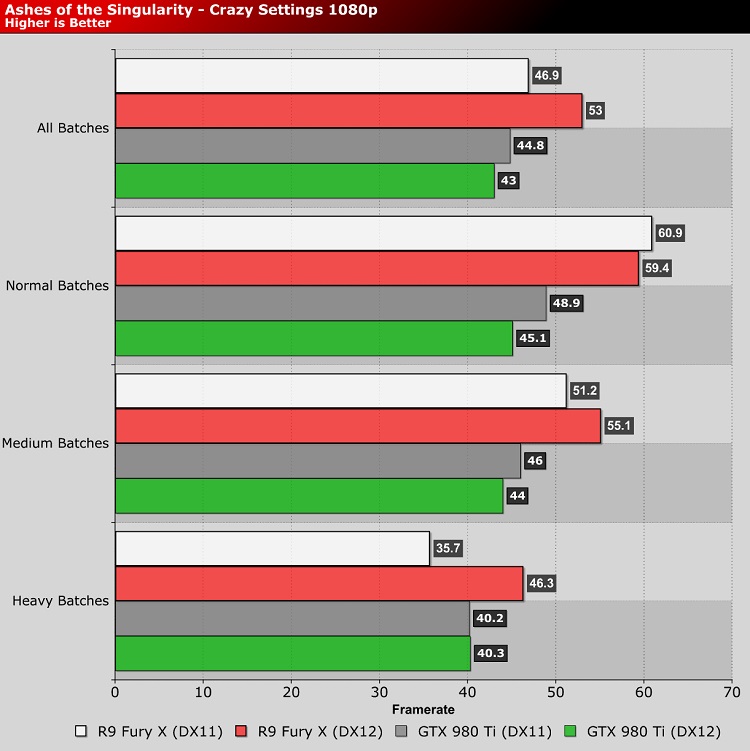