Normally when a new product is released we work through the night to ensure that you have the fastest possible review and thus the best possible knowledge upon which to base your purchasing decisions.

With the AMD Vega things worked out in such a way that we were unable to bring it to you on the day of release, but given what has happened with the pricing in the very brief time between the launch and now, it's actually beneficial that we're slightly delayed.

The first cards out the door were launched in extremely limited numbers with a rebate so enormous that AMD must have been making a loss on each card. Price is so much a part of how a graphic cards performance is measured - because of the alternatives available at similar price points - that those initial reviews gave a slightly false impression of the Vega capabilities because it was assumed that all retail models would cost that much. Obviously we now know the truth, thus we can take a genuine look at the Vega with the knowledge of the reality of the pricing.

Does it still provide fantastic value for money at its street price? Let's find out.

As you can see, like nearly every other graphics card we can think of there is a huge benefit to be had from a more robust cooling solution, as the air-cooled Vega64 boosts to 1546 MHz, but the water cooled option runs all the way up to 1677 MHz. This gives a beefy increase in the peak performance of a whole teraflop at full precision and two teraflops at half precision.

Lastly you can see from the bottom chart how the Vega stacks up to its predecessor the Fury X. The Fury X was always a little disappointing so perhaps the Vega is the card that finally unleashes the performance of a new Radeon RX.

We've only got the air-cooled in the office today, but that is in keeping with the majority of cards we test. Let's take a closer look at the card, then some blurb before finally getting down to how it performs. 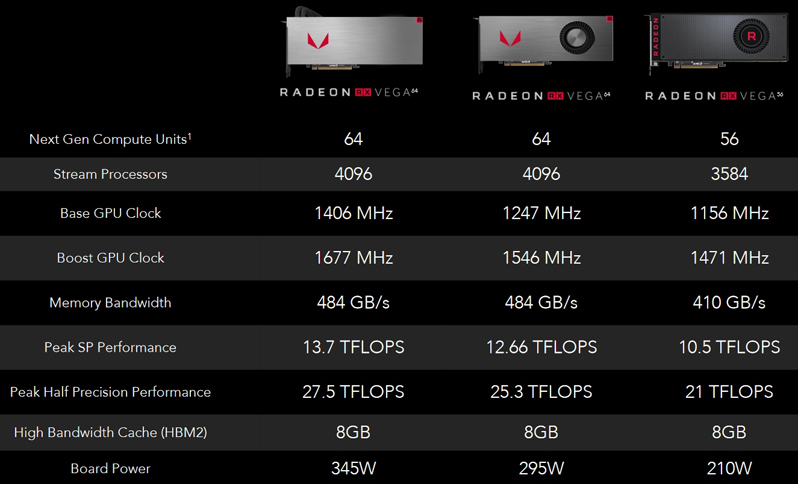 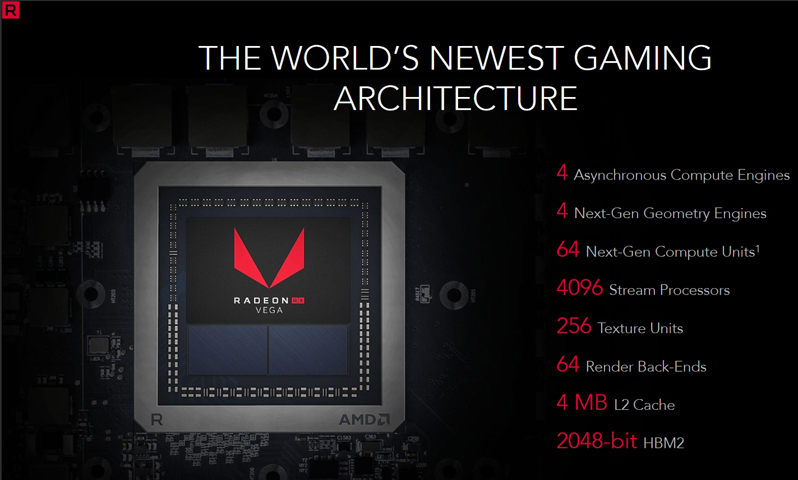 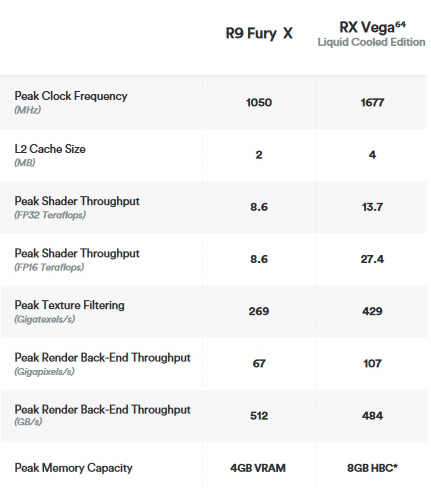 Dicehunter
Great vid, Really miffed at AMD about this, I wanted a full AMD rig i.e CPU+GPU but the lack of power and over the top power draw have killed all fancy of getting a Vega 64 card

russler
It really paid off reviewing this a little later, im glad you said what needed to be said about the crappy pricing making it noncompetitive.Quote

Avet
AMD just struck gold for nVidia. All those people that have been waiting for Vega will now go and buy nVidia cards.

Just complete and utter fail from AMD. If the mining hasn't gone up just before the launch of Vega I really think that AMD graphic division would go bankrupt.

I don't think they can continue like this for much longer. This is their 4th generation of cards that is demolished buy the green team, and the Volta is coming. nVidia will now just refine manufacturing process and continue to rule. In the past AMD offered good budget option, but now they are more expensive, they use 2x more power, they heat up like furnaces, and they offer roughly the same performance. Who in the right mind would buy Vega (apart from the pathological fanboys)?Quote

jellowiggler
It just puts AMD behind a bit again, that's all.

It's better than where they were I guess. They do now have an upper tear set of cards. But who will pick these up with the increased power draw and heat? Especially with inflated pricing. It just doesn't line up well on the shelf.

Hopefully the AIBs can do a bit of fun stuff to the boards and come out with some wins.

No pressure on Nvidia to release the Volta consumer adaptations if AMD's best can't get up to the level of last year's cards. Pascal may be it for the next 6-12 months. That's OK I guess. Maxwell/Pascal is a nice and stable platform for nvidia and AMD can use the time to polish their drivers and software.Quote
Reply