There have been a wave of AMD graphics cards released in recent times. No sooner had we got used to the HD7970 than the 290X was upon us, and just as we knew how that performed along came the 390X and then the Fury X. Before the dust had settled here was the RX 480. Gosh it's been a busy couple of years in the Radeon R&D department.

Now the RX 480 is a great card for the money, capable of producing smooth gaming in 1080P and most of the 1440P titles that form part of our bench suite. Only last week we tested two RX 480s in Crossfire and found them to be more than a match for the GTX 1080. It seems AMD truly are back on the right path, which is good news for all of us.

Rather than start with a reference card, something we know nobody actually buys, we're diving straight in at the deep end with two partner cards sporting fantastic cooling options and a little bit of overclocking in the name of the ASUS RX 470 Strix and the Sapphire RX 470 Nitro.

Despite the invention of higher resolution displays, the majority of us still use 1080P for our gaming. The stress a higher resolution places upon your graphics card means that you very quickly require some expensive hardware, whereas 1080P - by virtue of its popularity in consoles - will run on nearly anything.

This lower entry price is the key to any mid-range graphics card, and it is one that AMD have grasped with both hands with the RX 470 and its expected retail price of around £180. Even the two cards we have up today, the Strix and the Nitro, will both be similarly priced despite their vastly superior coolers.

Speaking of great looking cards, let's get on and take a look shall we. 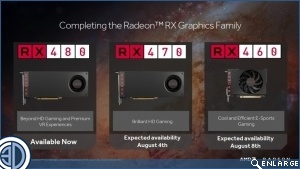 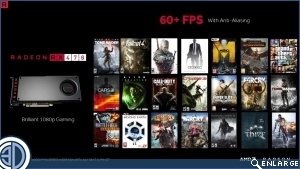 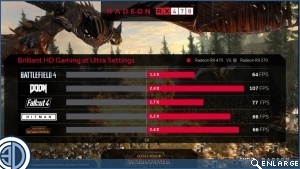 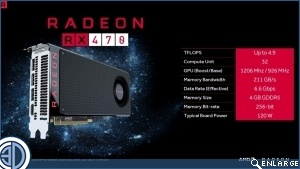 For those on a budget, these are really good cards. -performance on par with the 290x in some games-

Btw, have you recieved any RX 460 s yet Tom?Quote

AlienALX
Absolutely awesome. The Nitro seems to be kicking the Asus into touch too. Got to be one of the best looking GPUs ever made too (the Nitro). It just has everything.

Greenback
I noticed the Sapphire has a 8 pin while the Asus has a 6 pin power socket. price wise they are both the same price on OC UK.

being a bit of fan of asus I feel they let this 1 down with the looks and power limit.

I'd still take the Nitro though.Quote