As with any of our testing we always want to be able to compare results as like for like as possible. Naturally for the RX 5700 and RX 5700 XT that means testing on our current GPU rig which doesn't utilise PCI Express 4.0. However, given the expected performance of these new Radeon cards we don't think the already fat PCI Express 3.0 bandwidth will particularly influence the results in a negative manner.

Both of the new RX 5700 cards overclock pretty well, although AMD have already given them fast speeds out of the box so there isn't quite the headroom that there might have been in the old days. The RX 5700 can be pushed up to an average clock speed of 1780 MHz, 55 MHz above the stock boost speed. 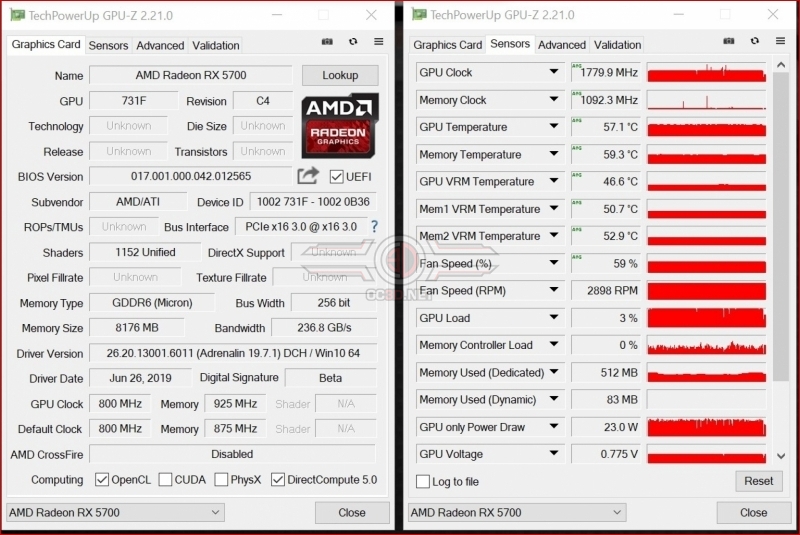 The XT can be pushed even harder. We achieved an average GPU clock of 2048 MHz in our tests, 140 MHz above the AMD boost clock speeds the card has by default. Neither of these overclocks are massive, but they should smooth out the performance and give us a nice increase in FPS. 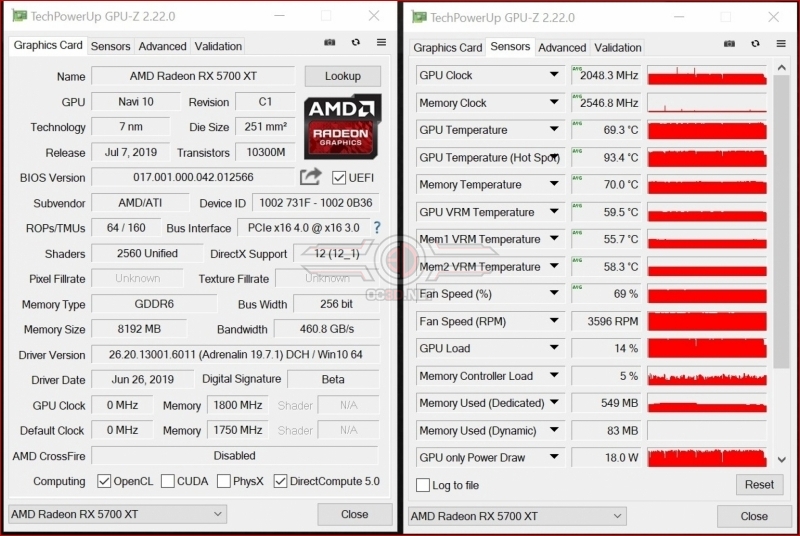