The AIO cooling solution performs brilliantly here. This is, as always, the absolute highest result we achieved during testing. Most games though had the card around the 50°C mark which is where you'd probably find it in general use. 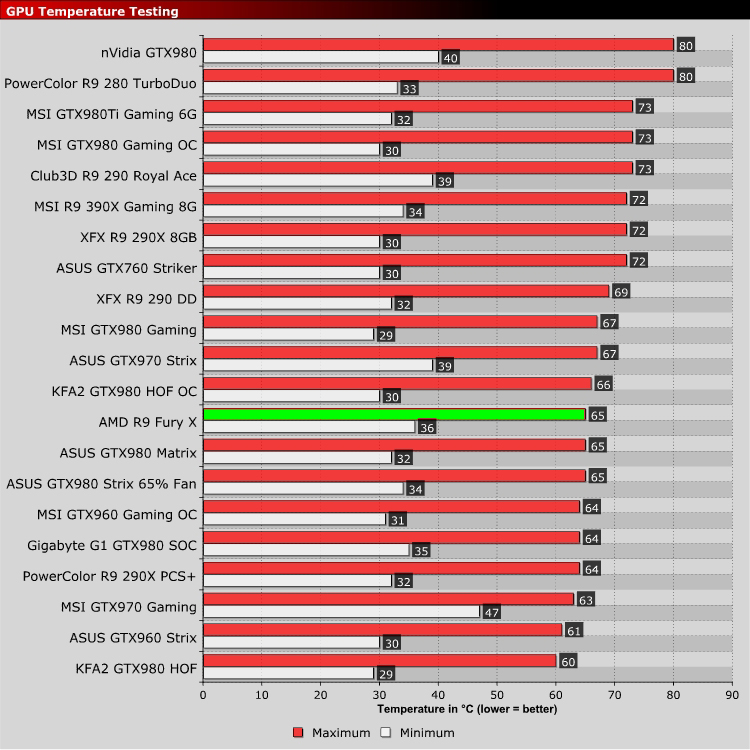 Yes, the Fury X can use an extraordinary amount of power if left untethered. It doesn't have to though, as Frame Rate Target Control allows you to set a maximum frame rate in the Catalyst Control Centre and the card will be powered down sufficiently to hit that target. Rather than those "easy on the GPU" moments where hundreds of frames can be rendered needlessly, the Fury X just wont bother. This, particularly in titles like Alien Isolation where the FPS is in the hundreds, have a massive impact on the power draw, dropping it by well over 100W, and in some cases more than that. Of course we're after the highest numbers possible in benchmarking terms, so we've got FRTC disabled, but in real world usage the power draw will be much lower. 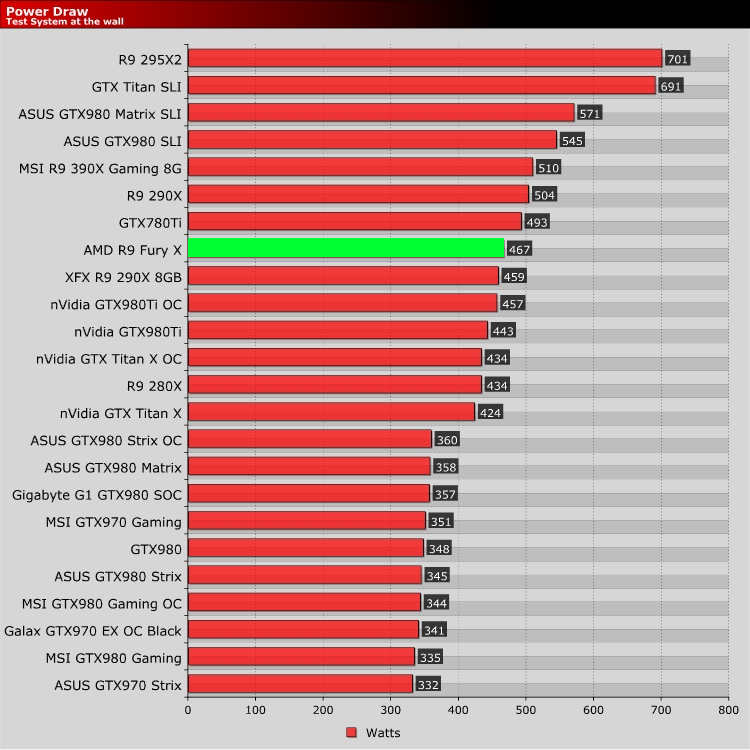