So often a reference Radeon has been equipped with a single wheezy fan which didn't put their GPUs in the best light. Eventually partner cards appeared with better cooling but by then the "toasty" Radeon belief had stuck. The decision to go with an AIO has not only guaranteed low temperatures and equally low noise, but freshened up the design to really separate it from the iterative models of old. 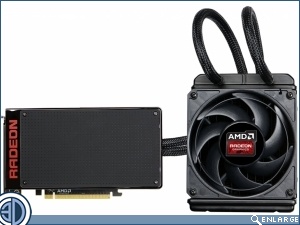 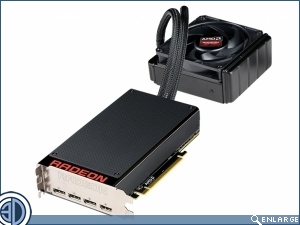 It might seem like a whole bunch of nothing, but this cover can be removed, painted, cut, replaced etc etc. Customisation ahoy thanks to a blank slate. 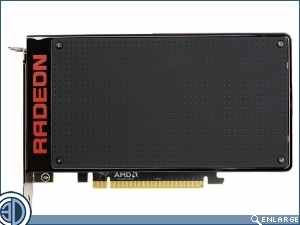 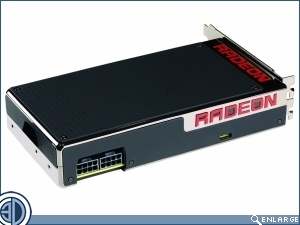 It's curious to see AMD completely abandon DVI and go with DisplayPort/HDMI combination, but this encapsulates the modern ideas behind the Fury X. Nearly all of us have HDMI or DisplayPort monitors, and certainly if you're seeking to game at the kind of resolutions this is targeted towards then you definitely will. 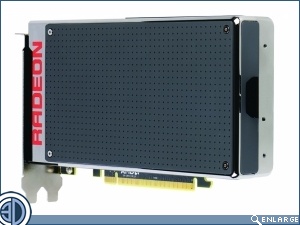 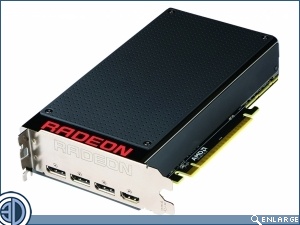 Power is provided by an 8+8 configuration, keeping the Fury X supplied with juice under even the most demanding situations. 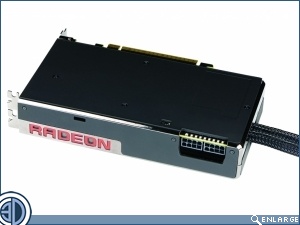 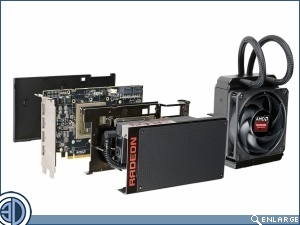