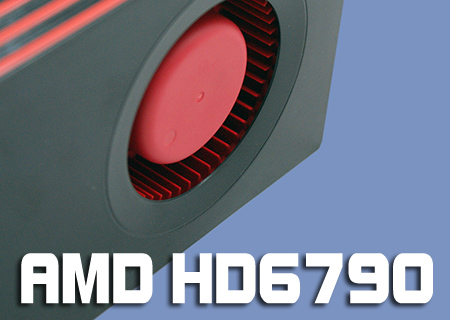 Recently we've seen a flurry of ultra high-end graphics cards from both nVidia and AMD with the GTX590 and HD6990 respectively.

By inserting new models at the peak of the range the pricing has crept down slightly on the rest of the available cards meaning you can get a hell of a lot of performance for your pound. With the HD6850 available for around the £135 mark and the GTX550Ti around £115 the days of being unable to get more than an asthmatic wheeze out of a value card are long gone as both will provide decent performance for the outlay.

Appearing beneath the HD6850 in the AMD range the new kid on the Value block is the HD6790. In the same way that going big with high-end cards has diminishing returns, so the same is true at the lower end. Eventually continually cutting down performance to reach a budget will stop having a good card for the money and rather just leave you with something that might run Freecell.

So which camp does the HD6790 fall into? Is it a performance lunatic hiding under a reduced price tag, or one step too far?

The natural comparison for the HD6790 is the current Value card in the Radeon range, the HD6850. The HD6790 has 160 fewer Stream Processors, 8 fewer Texture Units and half the ROPs. This ends up giving us a slightly reduced Compute Performance and Texture Fillrate, but only around 55% of the Pixel Fillrate and Z/Stencil.

On paper at least it's not promising. 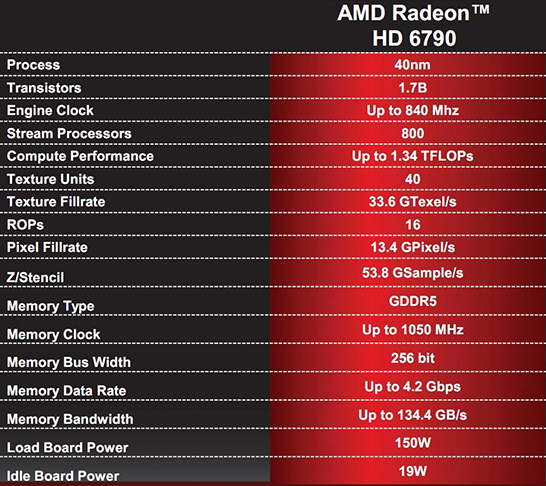 jonowee
Ahh... AMD's GTX 550 Ti. The meh cards that you're better off not cheaping out for.Quote

SieB
It's better than I expected it to be but IMHO it's pretty pointless when for a bit more you can get a 6850 and when non reference versions come out which will cost a bit more it will be even more pointless.

I don't understand why Nvidia and AMD released the 550 and 6790 surely the time and effort would have been better spent making improved versions of the 6850 and 460.

marsey99
Why do ati feel the need to flood the low/mid range with cards?