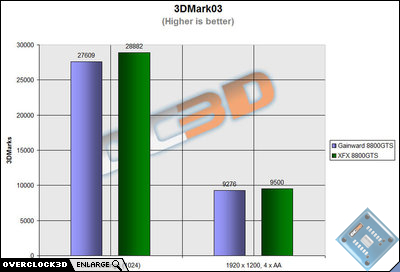 The XFX card really takes the benchmarks by storm here. Those extra 300MHz on the stream processors really counting in the benchmarks. 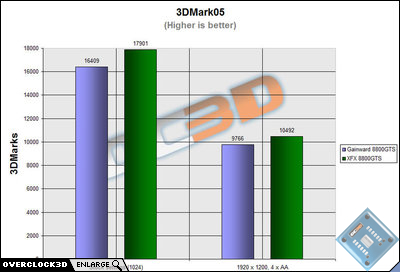 Again the XFX card dominates in this benchmark despite the clock frequencies being the same.

3dMark06 is the latest in the benchmarking tests from Futuremark. It has a lot of DirectX 9.0c features such as HDR and use of Shader model 3.0. This benchmark is very taxing for the cards and also includes quite a harsh CPU benchmark. Seeing as this was run with the exact same CPU this was not an issue. 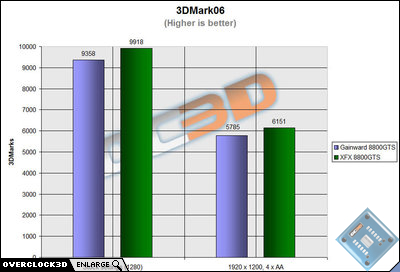 Once again a pretty big jump in 3DMarks for the XFX card in '06. It seems that those stream processors running faster really makes a difference in heavy benchmarking.
«Prev 1 2 3 4 5 6 7 8 9 Next»