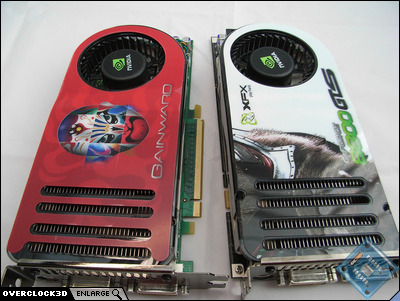 To test these high-end nVidia cards I set a PC that gives as little of a bottleneck as possible.


As I have previously tested both the stock 8800GTX (click) and the 8800GTS (click) I am going to do this review slightly differently from normal. Usually the reviews focus on Image Quality and game-play playable settings but instead I am going to focus on Frames Per Second at set resolutions.

I am still using a manual run-through of the games listed, exactly the same as in previous reviews, but doing it slightly differently to get some consistant numbers. Notice that for all games I ran through with 4 x AA and 8 x AF @ 1920 x 1200. For all of the 3Dmark benchmarks I did two runs. One run was with the stock settings that the free version of the benchmark comes with and one was with 4 x AA @ 1920 x 1200.

For installation I have installed the card as usual with the normal PCI-E power dongle. Checked that the card is seated correctly and powered on.

I am using a clean install of Windows XP Professional SP2 with all the latest patches.

Both cards are using the latest nVidia 97.92 Forceware drivers.

Overclocking was performed using Rivatuner on both cards. 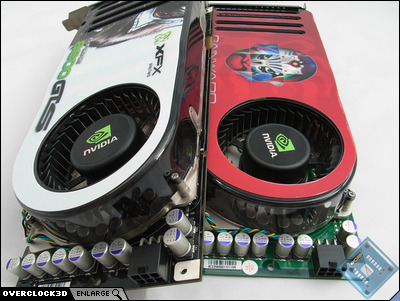