BIOS and Some Issues 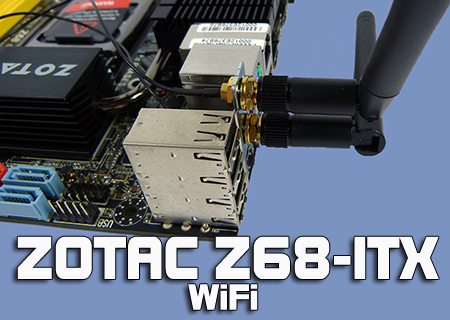 The BIOS is capable of being navigated with a mouse, but that's the sole concession to modern BIOS UIs and because of that it's actually a ton easier to just use the keyboard as normal. Much is made of the 'overclocking' capabilities of the Zotac Z68-ITX. It's printed on the motherboard and mentioned in the blurb on the back of the box.

Yet when we enter the BIOS to see what overclocking options we have we find them to be scant indeed. Turning off Speedstep or Turbo Boost removes the ability to change the multiplier at all, so you can run 'full on' all the time. You also can't have varying multiplier levels for the amount of cores being used, something that all other LGA1155 motherboards we've reviewed have offered. But the option nonetheless is there to adjust the multi and therefore overclock.

Don't expect major results though. You can't input a steady voltage for the CPU, rather you can only input an extra amount that will be used when the CPU is in the Turbo state. How much extra voltage do you need? Well there is no way to tell how much is currently used without endlessly going back and forth to check. This applies equally to the RAM which doesn't tell you how much it's currently using, merely allows you to make an adjustment.

Finally, no we haven't missed any screens. This really is everything that the board has to offer in overclocking terms. 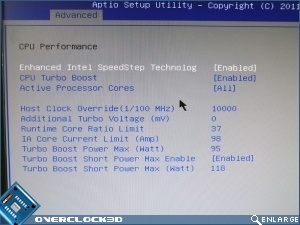 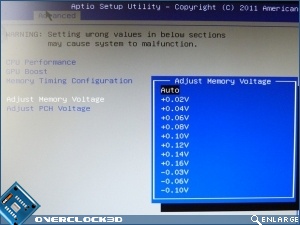 Memory overclocking claims support for 2133MHz RAM but despite using three different kits that have all happily run at 2133MHz on a swathe of other boards, none would do so here. 1866MHz was the most we could eke out, even running into 1.66v. 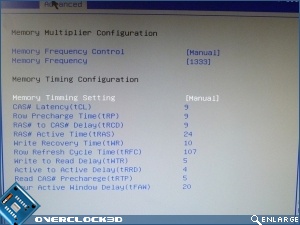 So there is some overclocking potential, but you'll need a calculator and plenty of anti-stress toys to achieve it. But hey it's a tiny ITX motherboard that you can turn into a monster gaming rig.

Oh wait, if I'm overclocking I want some good cooling on my CPU don't I? Well if you can find a single discrete GPU on the market that will fit into the PCIe slot once a tower cooler is inserted, you can win a prize*. We certainly couldn't think of one we've ever seen, much less have to hand. 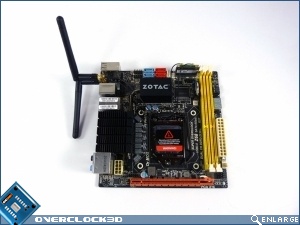 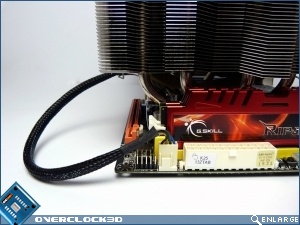 * Prize only equal to the satisfaction of knowledge and has no actual value.