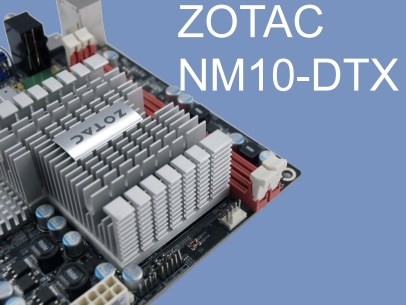 Introduction - The arrival of Mini DTX

Many of you are unfamiliar to the Mini DTX form factor, but who could blame you? The common retail form factors included ATX, Micro ATX and only recently has Mini ITX become such a hit amongst conventional DIY builders. For those who care, Mini DTX was originally announced by AMD in 2007, to act as the "middle man" between the tiny 17cmx17cm Mini ITX form factor and the not so small 30cmx24cm Micro ATX. The fact of the matter is that many users would've liked to build a compact machine that doesn't lack in the expansion/upgrade department.
Let's face it, Micro ATX motherboards are not small. At best, they are just a few centimetres shorter than conventional ATX equipment. Consequently, your computer can only be a few centimetres shorter or a few centimetres narrower. Alternatively Mini ITX means you can have a very small machine but you'll be limited to having just one PCI/PCI-Express slot. What if you happen to want an alternative? Cue Mini DTX...

The development of Mini DTX held a number of advantages. Aside the obvious advantages for the end user, Mini DTX should be cheap to produce (exactly six Mini DTX boards fit on a standard PCB panel) and unlike Intel's experiments with the BTX Form factor, AMD's design is backwards compatible with the ATX standard that we know and love.

Three years on, we're proud to have in our labs a retail Mini DTX Motherboard. Readers, meet the Zotac NM10-DTX.

Unless you've been living under a rock for the last two years you'll be well aware of the success of the Atom Processor. Its miniature low power design made it a cheap and cheerful solution for laptops today. As a result netbooks have sold by the bucket load, providing thousands of homes with affordable computing. Let's not kid ourselves though as the mighty Atom is far from infallible. Aside from its obvious performance limitations, it was also paired with ageing and inefficient core logic whose roots date back to as early as 2004/2005. It truly was the Achilles heel of the Atom platform as it consumed a disproportionate amount of power compared to the processor it was paired with. This is where the new Intel NM10 steps in... 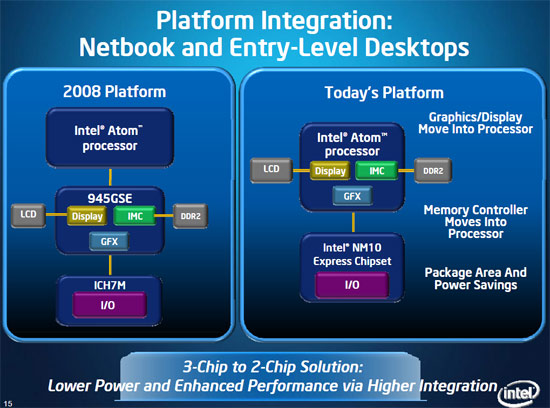 Today's Intel Atom processor affords a more modern design. By integrating the memory/graphics controller and amalgamating the remaining functionality of the Northbridge and Southbridge, a far more power efficient solution has been developed.

The NM10-DTX's exact specifications are as follows

All the way through it I find myself thinking about each component as "it's nearly good enough..".

The price breaks it tho. Play music, browse the net on ur tv, email and office (well an older version of office).

A step up in each component and it could be so much better. Atleast be capable of 1080 and it'd have much more use.Quote

Mul.
That's exactly the problem. It had nearly all of the ingredients to make a very competent motherboard but lost out greatly in the GPU department. Given the (lack of) performance provided by the Atom CPU, multimedia tasks are largely GPU dependent. It's great to see that Intel have modernised the Atom platform but it's all too clear that this is a platform for laptops and not desktops.

Yes, you can always drop a competent GPU into the NM10-DTX but at this pricepoint you shouldn't need to. The nVidia ION that we have tried multiple times can do HD up to 1080p without breaking much of a sweat and can even do CUDA accelerated tasks such as video encoding (with apps such as Badaboom). The nVidia ION2 for the new NM10/Atom D510 platform is even better still.

Sadly, all this review has proven is that the Atom is like a fish out of water when nVidia's ION GPU isn't present. The endgame is that similar money will buy you an ION equipped motherboard.Quote

Rastalovich
Indeed, just as a sidenote, I noticed £76 is all that's being asked for complete units, boxed and ready to go, that will do all that this won't.Quote
Reply