NZXT have long been the purveyors of excellent cases and, with their Kraken range, some fantastic CPU cooling options too.

Recently we've seen them branch out into the world of motherboards, and today they launched two new additions. The NZXT N5 Z690 is the more affordable of the two and hasn't got that famous, sleek, white armour that is the hallmark of the NZXT range, whilst for a tiny bit extra you can get the full on N7 Z690 model, which has the armour and a much more serious feature set too.

Like with many things it would be easy for NZXT to leverage their brand loyalty amongst consumers to produce a product which has a high ticket price for maximum profit, understanding that the hardcore will buy it anyway. Or at least those of us who are keen to keep the amount of brands within our system at a minimum to reduce the number of control software packages we need to have installed. As anyone who has a Corsair/ASUS combination can attest, having many things trying to control your lighting can become troublesome. Why not keep it all under one roof? That's what the NZXT motherboards seek to bring to the table.

It isn't the only feather in their cap, or string to their bow depending on if you prefer metaphorical hats or archery, as both the N7 and N5 are aggressively priced. So aggressively in fact - the N5 is £210 and the N7 £270 - that you would have to be on an extremely tight budget, but somehow still seeking to run a 12th Gen Intel CPU, to consider the lower of the two models. Both of them are DDR4 offerings which might be starting to be moved out of what is considered current at your retailer of choice but is thankfully still plentiful enough that the affordability of a DDR4 kit hasn't been inflated because of its scarcity.

We know we're a few hours post launch so without further ado let's take a look at them and then see how they perform.

We've got the specifications for the N7 here. the N5 is very similar in the majority of things, just with fewer USB ports and fan headers. Plus you're not getting the white armour which is the main reason to go with the NZXT options. We'll show you on the next two pages. 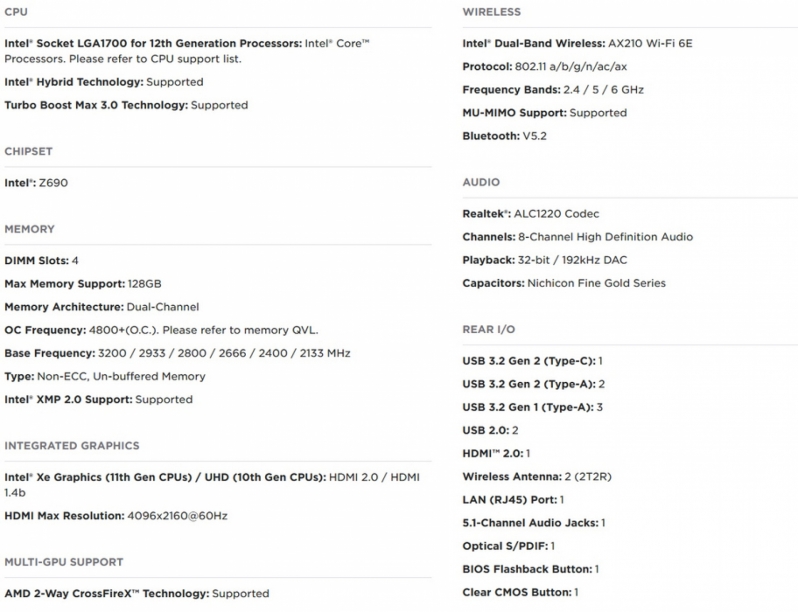 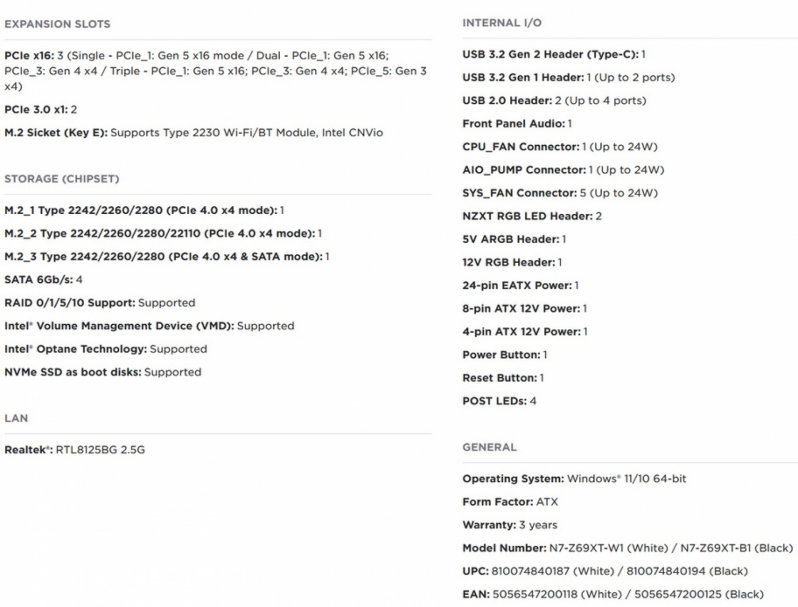