If it isn't broken, don't fix it seems to be the mantra at play with the packaging. If it wasn't for the inclusion of the Z97 part you'd be forgiven for thinking this was one of the earlier MSI motherboards. The switch from the G45/GD65 naming to Gaming 5/Gaming 7 means that, as well as getting confused with the Gigabyte decision to steal the Gaming brandname, this marks itself out as one of the new Z97 MSI range. Even though there still are G45 and GD65 models. And a Gaming 3, and Gaming 9. Confused yet? 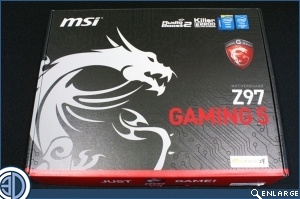 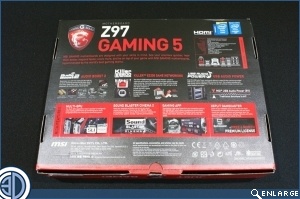 There are, as always, no doubts that the looks are great. It's fairly plain as you'd expect at this price, but equally it's not distractingly bad like older cheap motherboards used to be. The CPU area is kept clear, and the use of all-black plastic keep things subtle. 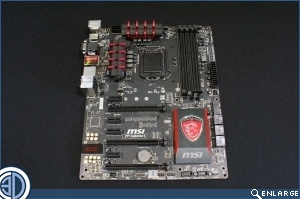 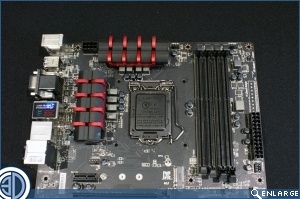 There are plenty of PCI x1 sockets to go along with the three PCI Express slots. Running at either x16, x8x8 or x8x4x4 you have some choices about where to put things. It's good to see such a gap between the first and second full length slot for those of you running two cards on air.

In what has become a trend found everywhere now, the audio section of the motherboard is kept separate from the rest of the PCB with a lit trace line. In this case a bright red LED greets you. 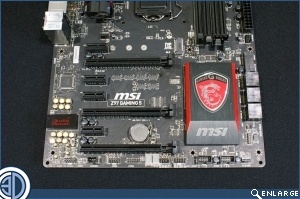 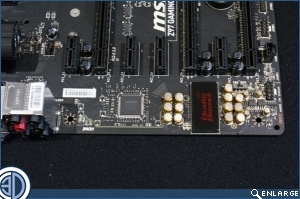 We were initially a little disappointed that the MSI Dragon was reduced from a fully sculpted headsink to a mere decoration, but then given the pricing of the Gaming 5 we don't think we can complain too much. It is certainly strange to see the M2 slot only getting a very subtle nod on the PCB. You would imagine that including one is reason to shout, especially when there is, relatively, little else unexpected here. 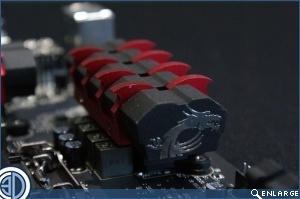 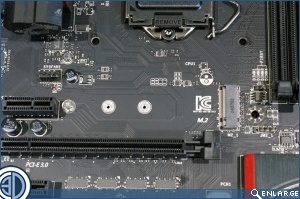 Connectivity is provided by plenty of fan headers and USB extensions. SATA is supported with six 6Gb/s sockets and no SATA Express. At the rear we have the combined PS2, along with 4 USB 2.0, 4 USB 3.0, the KillerNIC LAN socket, display outputs and audio jacks. 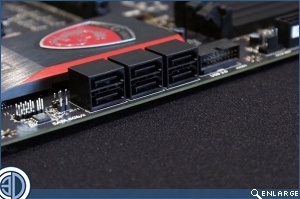 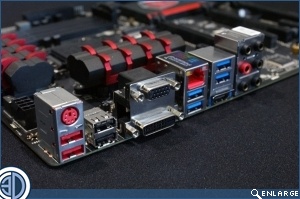