The MSI MEG X399 rocked our socks when it appeared, taking the place of the MSI MPOWER range topper and doing so with huge performance and an excellent feature set. A serious contender for the best of the X399 motherboards. Naturally following this success and the launch of the Z390 chipset, there was going to be a new MSI MEG model, and it comes in the form of the Ace.

Like all the new Z390 motherboards we've previewed so far the MEG comes with Intel's own support for USB 3.1 Gen2 and build in Intel Wireless AC-9560. The wireless fun and games don't stop there as the Z390 also supports the latest Bluetooth 5.0 for easy high-bandwidth connectivity. MSI have also implemented the Killer E2500 Gigabit LAN for smooth gaming and downloading.

Storage is handled by 6 SATA 6Gb/s ports, 3 M.2 sockets including Optane memory support to make sure your SATA drives fly, and if you have something external that you wish plug in then there are 8 USB 3.1 Gen2 ports with both Type-A and Type-C connectors and 4 USB 3.1 Gen1 options. No matter how much hardware you have, there is a spot for it on the MEG Ace. 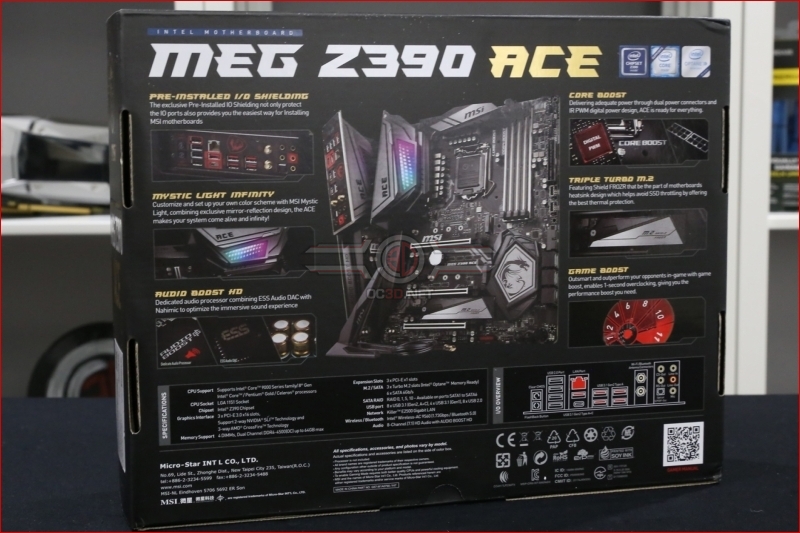