Today we are having a quick look at MSI's new Z370 Gaming Pro Carbon AC motherboard, a bard that acts as MSI's mid-high-end motherboard offering that comes with all of the advanced features that Intel's Z370 chipset can offer but without some of the overbuilt features of the company's Godlike series of boards.
While the Gaming Pro Carbon is far from the levels of the Godlike in terms of technical specs, the board does still offer a lot for the average PC builder, with a powerful 11-phase power design, support for two full-speed M.2 slots, support for SLI/Crossfire and support for modern RGB illumination kits. 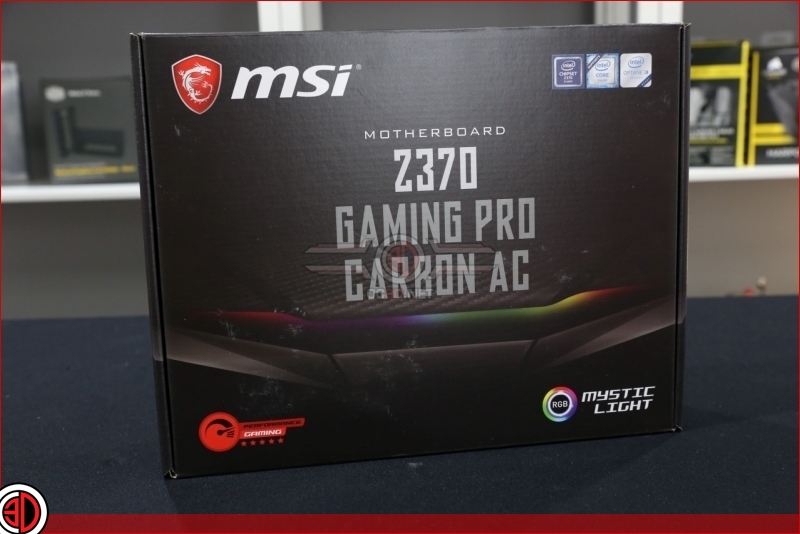 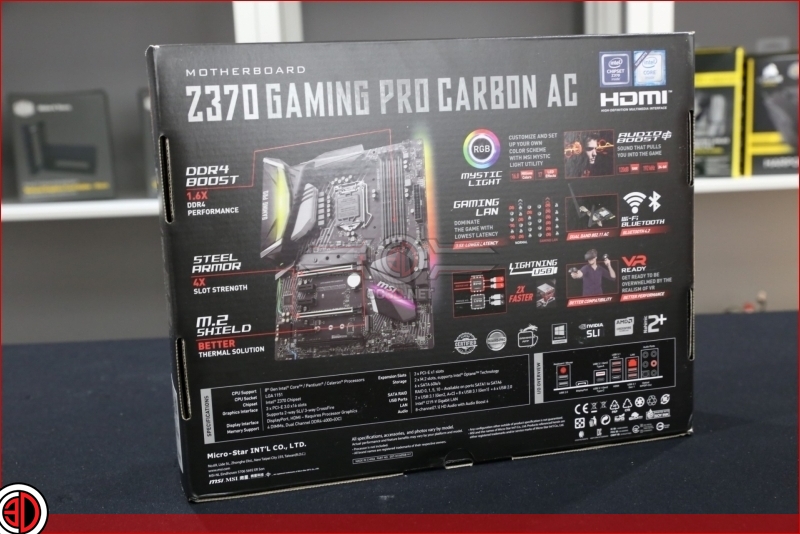 MSI's Gaming Pro Carbon AC currently sits as part of the company's high-end CPU lineup, featuring power phase design that is more than capable of overclocking and a feature set that will be more than enough to satisfy most modern PC builders.

Storage wise the Pro Gaming Carbon AC supports up to two M.2 SSDs as well as up to six SATA 3.0 connections, which is more than enough for the average gamer.

This board also ships with reinforced DIMM slots and two reinforced PCIe 3.0 16x slots, which will certainly be helpful if you are heavy handed when installing or removing hardware. 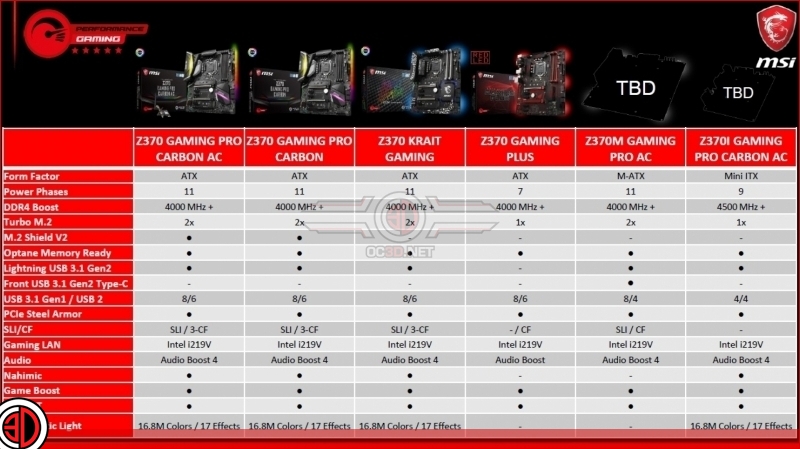