When the first MSI Krait appeared we had no idea that it would be the thin end of a wedge of neutrally coloured motherboards that have rapidly become the norm with modern systems. The very idea of a monochrome motherboard seemed to be one that was somewhat doomed in a world full of red, blue and green offerings. However, it grabbed the market by the scruff of the neck and, combined with its extremely attractive pricing, really shifted huge numbers.

It's no surprise then to find the MSI Z170 range has been enlarged by the introduction of another monochrome motherboard, the Krait Gaming 3X.

As you can see from the specifications table the Krait ticks all of the boxes you'd hope to find on a modern, yet affordable, foundation for your system. Based around the Intel Z170 chipset it comes equipped with support for DDR4, SATA 6Gb/s as well as SATA Express. There is M.2 for those of you with very fast storage on hand and six, SIX, USB 3.1 ports of the first generation type as well as two of the high-bandwidth second generation in both Type A and Type C offerings. 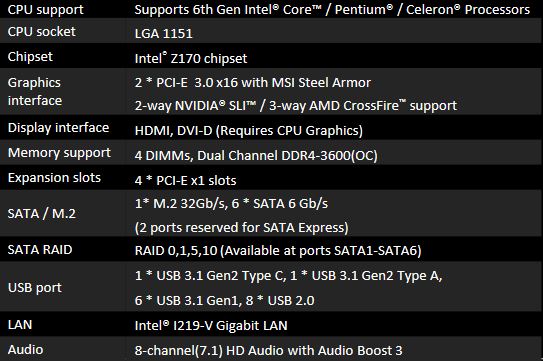 MSI have followed the option we saw on the latest ASUS motherboards by having fully metal-shielding on their PCI Express slots to aid in longevity. There is no denying that the white element of the Krait Gaming 3X is loud and proud, with the MOSFET heatsinks and the logo surrounded by a white border. We still think of it as a southbridge heatsink. We're getting old. 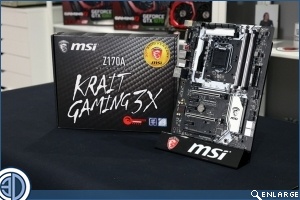 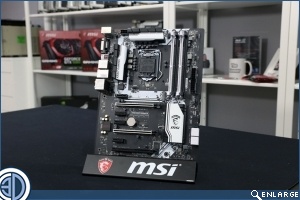 The CPU socket area is very clean. The white surround really brings it into sharp focus and provides a perfect backdrop for any number of CPU coolers, whether you want the simplicity of an air-cooler or the more common AIO options. Although you need to do some nifty cable routing if you have more than one 4 pin to plug in as the second one is behind the DIMM slots. It's quite nice to see multi coloured slots back again too.

Down the PCI Express end of the Krait we have two metal braced slots for your first two GPUs, supporting up to two nVidia cards in SLI, and there is a third slot at the bottom if you want triple CrossfireX fun and games. There are plenty, and with four we really mean plenty, PCI x1 slots for your expansion cards and PCI based storage options. 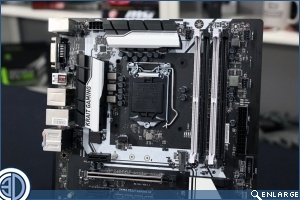 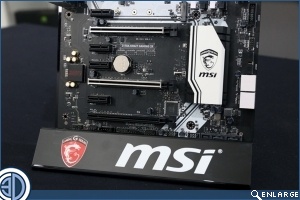 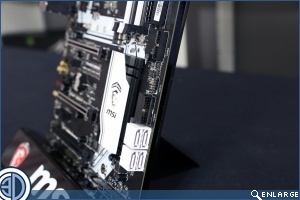 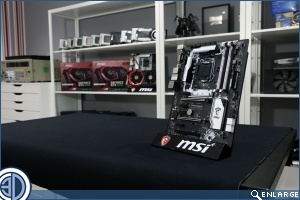 There is no doubt that an motherboard this affordable and with such an eye-catching colour scheme suitable for either going all out with a monochrome rig or as the backdrop highlights to a richly coloured one is guaranteed to find an audience. Naturally when it comes to options at this price point you aren't expecting it to be replete with a swathe of high-end features and accessories, and sure enough it isn't, but what you are getting is a motherboard with the high-end connectivity options of the Z170 chipset, the kind of build quality that we've come to expect from MSI and all-wrapped up in a pleasing package.

Does the Krait grab your interest? Are you a Z97 Krait owner looking to upgrade? Let us know what you think in the OC3D forums.

UKpitbull-75
Ive been keeping an eye on these boards for a while now having decided to build a black n white themed rig.I was going with the z97 version but changed to go for this,but the one before this 3x had iffy placed sata ports I thoughtThey are placed better on this one.
However Im hearing/reading that some people are having issues with these boards so Im in a bit of a dilema.Do I go with this,or my second option-https://www.asus.com/uk/Motherboards/Z170-PRO/
I will be in the process of buying components shortly so any suggestions would be great.
Im going with a Phanteks Enthoo pro M case(white) and a i7 6700k,Im considering the new http://www.corsair.com/en-us/landing/vengeanceled
for ram.Not to fussed who makes it but Im wanting 2x4gb(16gb) white sticks.Quote
Reply