Up Close - Packaging and Overview

The packaging for the MSI TRX40 Creator looks amazing with its crisp white and simple product image. We like it a lot. Sure it's not really competiting for shelf space in your local hardware emporium as it's very much a product for the deep-pocketed enthusiast, but when you open your couriers parcel it has an immediate wow-factor. 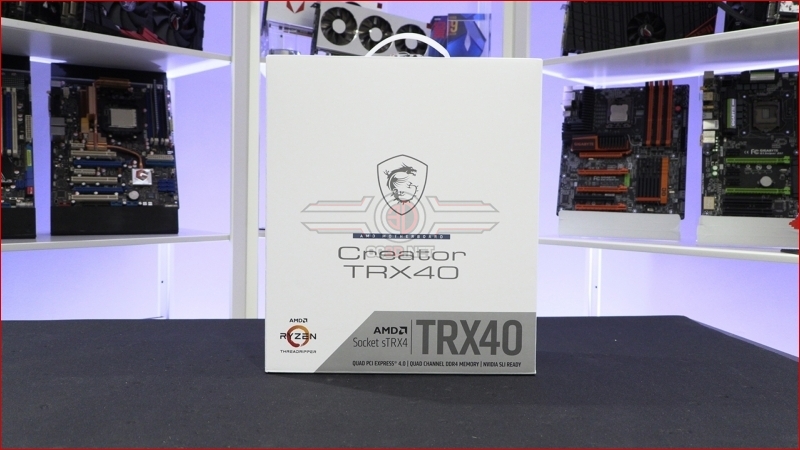 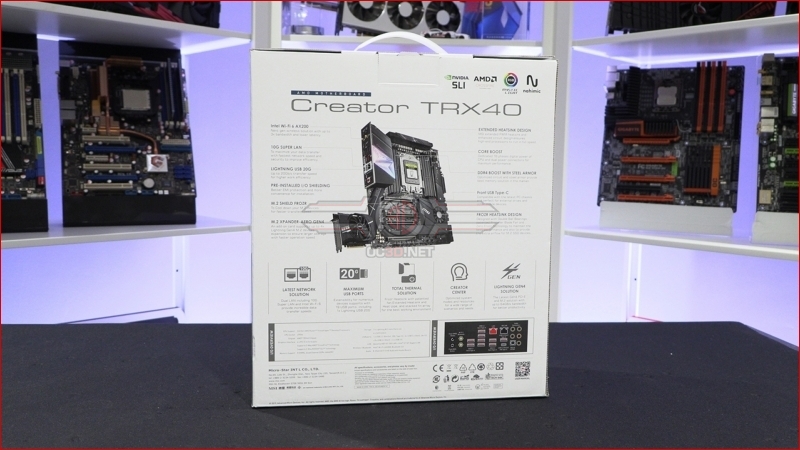 It's hilarious to us that M.2 drives were the stuff of lottery winning dreams when they first appeared and now are so fast and so affordable that the three slots which the Creator has by default aren't considered enough for enthusiast needs and thus the Creator includes the MSI Xpander which has room for another 4. Chuck those SSDs away, M.2 NVMe storage is the future, now. 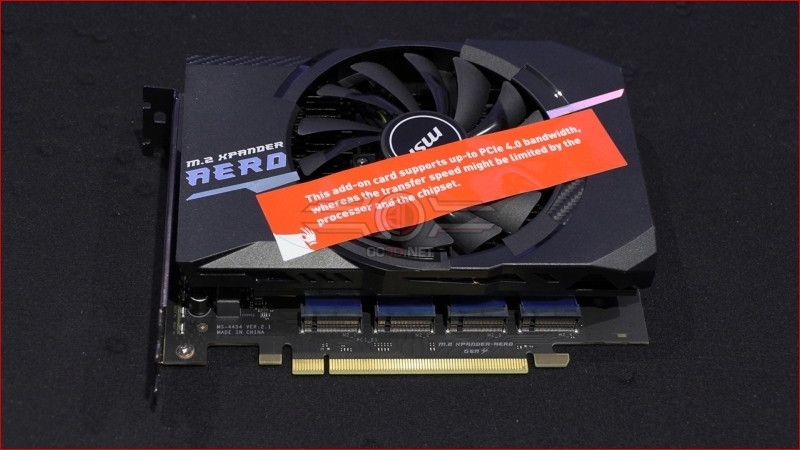 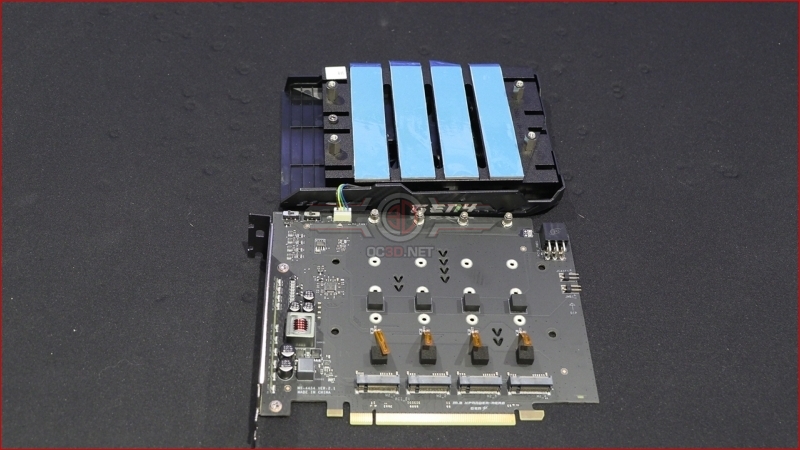 When we first saw a close up shot of the PCI Express 4.0 slots on Creator we were worried that the grey design on the PCB would be too much, but clearly there is so much installed on the PCB that you can barely even see it, much less have it distract you from the mostly black design that has come to absolutely dominate the market in these RGB heavy days. 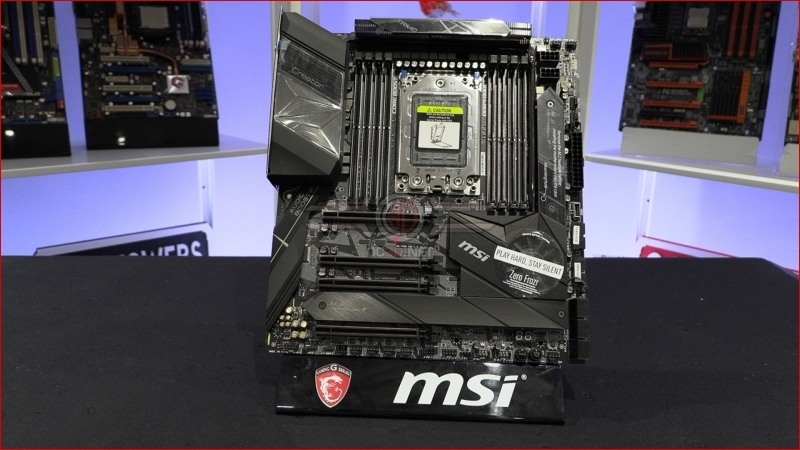 The TRX40 socket is a big one and with eight DDR4 slots there isn't much room at the top end of the Creator. MSI have still managed to include a M.2 heatspreader alongside the more common features such as fan headers and power connectors. The benefits of the slightly larger E-ATX format. 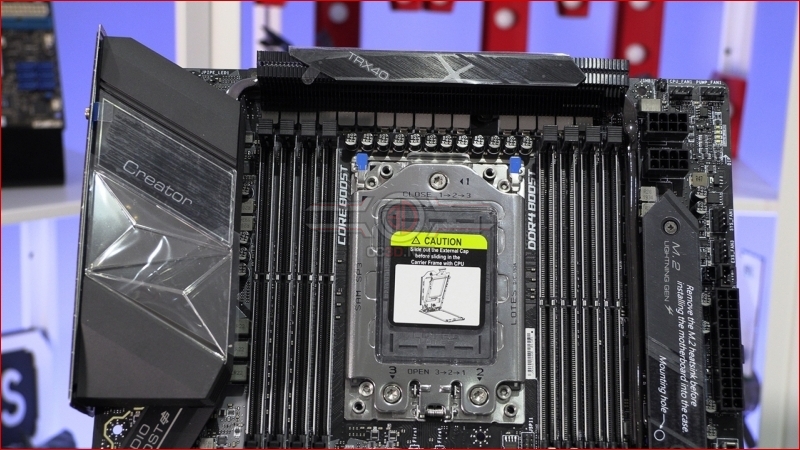 The bottom half of the Creator has four PCI Express 4.0 slots, all reinforced as you would expect from a premium motherboard. There are loads of headers which we'll look at on the next page, but unquestionably the dominant feature is the lengthy M.2 Lightning Gen 4 heatspreader and Zero Frozr chipset cooler which only spins up when necessary, rather than churning away even when you're just browsing the net. 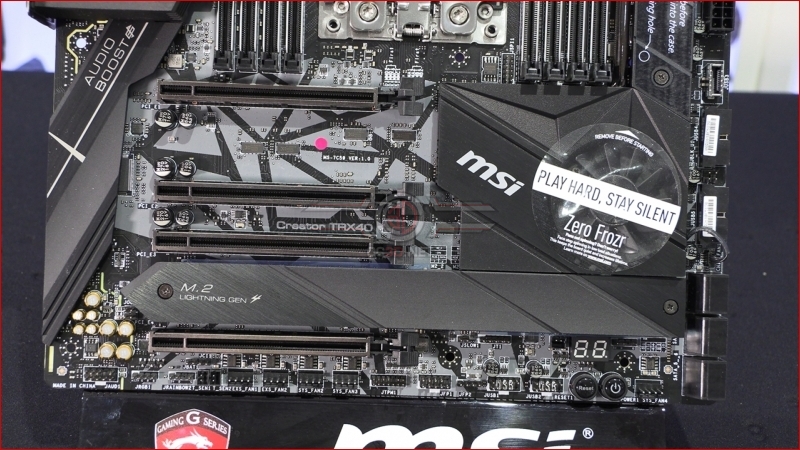 From top to bottom the rear panel has the BIOS controls in the form of a CMOS clear and BIOS flash button. Below that are the antenna connectors for the Intel Wi-Fi 6 wireless networking, then 9 Type-A USB ports and one Type-C. That Type-C includes USB 3.2 2x2 which is capable of 20G throughput, if your bandwidth demands are particularly heavy. Above those are the 10G and Gigabit LAN headers and lastly the connectors for the Audio Boost 4 aural delights. 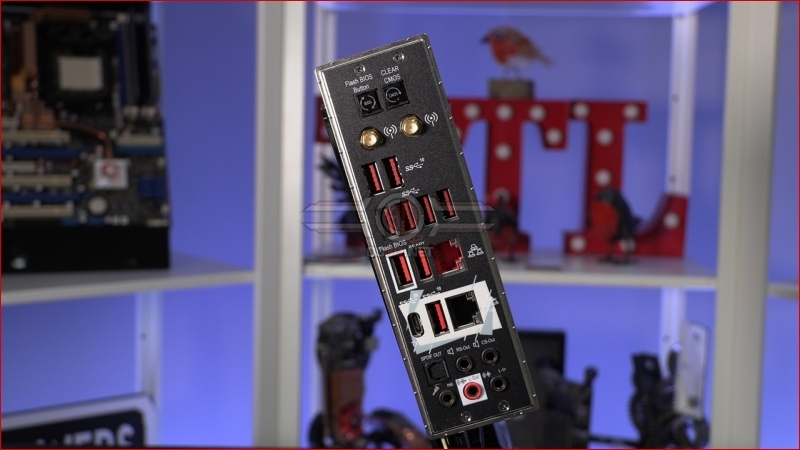