We don't think we'd be telling anyone anything new to say that the Threadripper is aimed squarely at those of you who deal heavily with creating your own content, whether it's video encoding or 3D rendering, any task that is helped by having the largest amount of cores available is right in the Threadripper/TRX40 ballpark. If you're just using it to play Fortnite you're missing the point. The MSI Creator is absolutely bristling with high bandwidth technologies in every thing from storage to home networking. 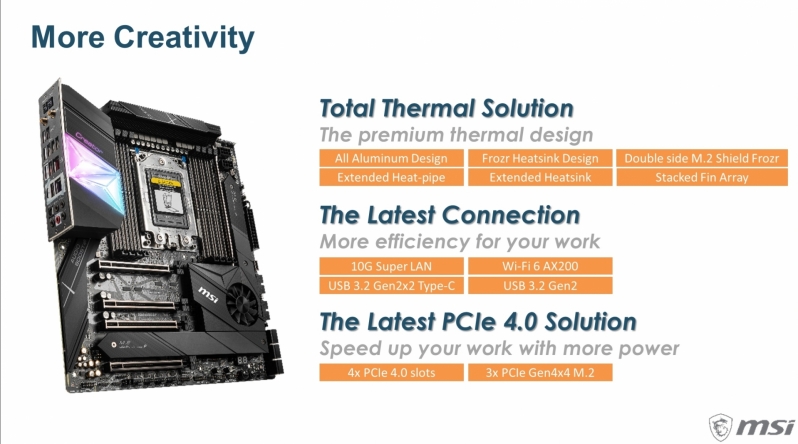 We've barely got used to USB 3.1 when USB 3.2 Gen2 appeared, and now if that isn't enough to sate your bandwidth requirements the Creator has USB 3.2 Gen2x2 for 20 Gb/s of throughput. Jeepers. That free USB you got from a trade show probably doesn't cut it. 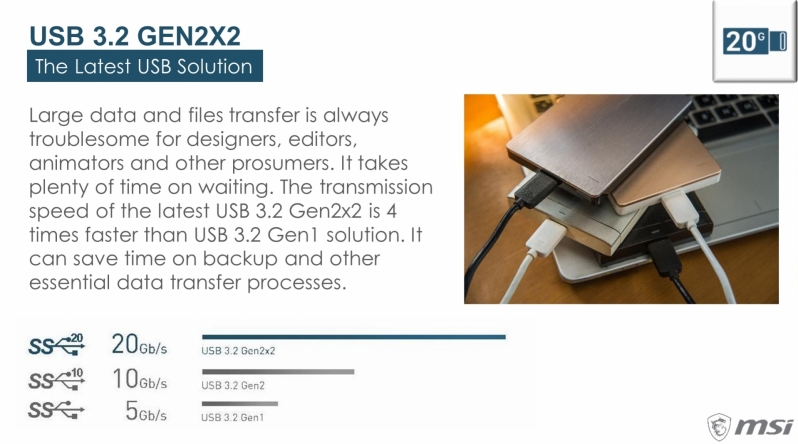 SSDs quickly replaced HDDs and rightfully so thanks to their silent operation and relatively fast transfer speeds. How quickly things change. Now 550MB/s is laughed out of the room as even our preliminary experience with M.2 storage on PCI Express 4.0 shows that 5 GB/s isn't hard to reach. To this end the MSI TRX40 Creator has 7 (Seven) M.2 slots. Time to pop to the bank manager. 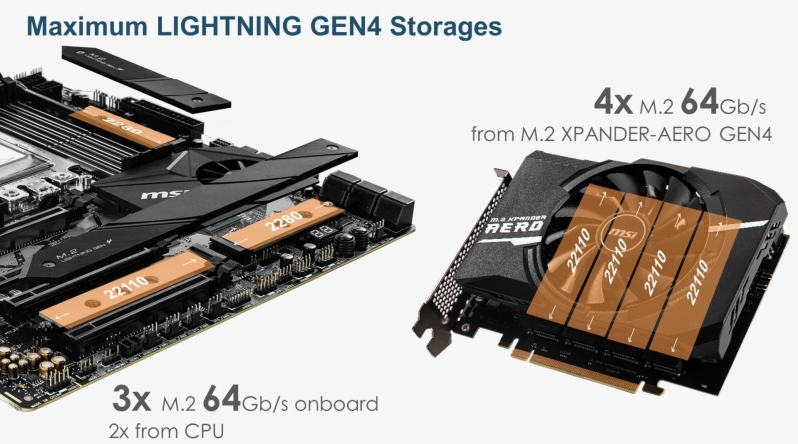 The 3rd Generation of Threadripper CPUs have enormous core counts and these require a lot of power to keep happy. With the 16 phase 70A digital power on the Creator sitting alongside 3 phase SOC and two 8pin CPU 12V power inputs we think you'll struggle to run out of juice for your highly demanding tasks. 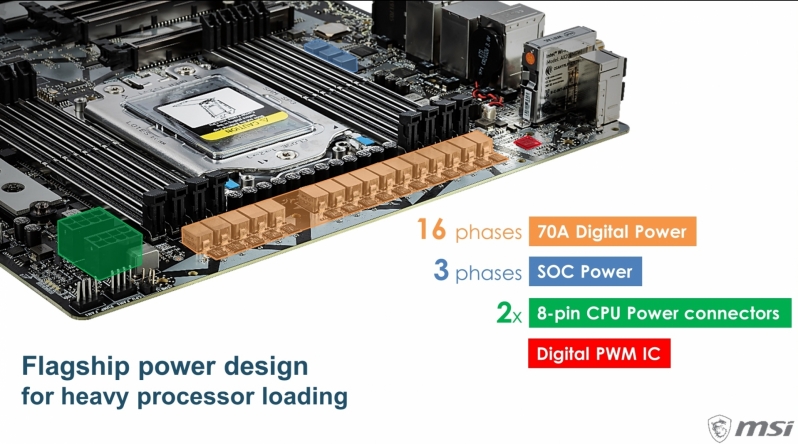 PCI Express 4.0 has huge bandwidth and where there is large bandwidth you will get lots of heat generated. All of the X570 motherboards we saw had active cooling and the move to TRX40 hasn't reduced this need. The Creator has a Zero Frozr heatsink which pushes air across the chipset but is also designed to move air to the vertical and horizontal M.2 slots, keeping your storage at peak efficiency. 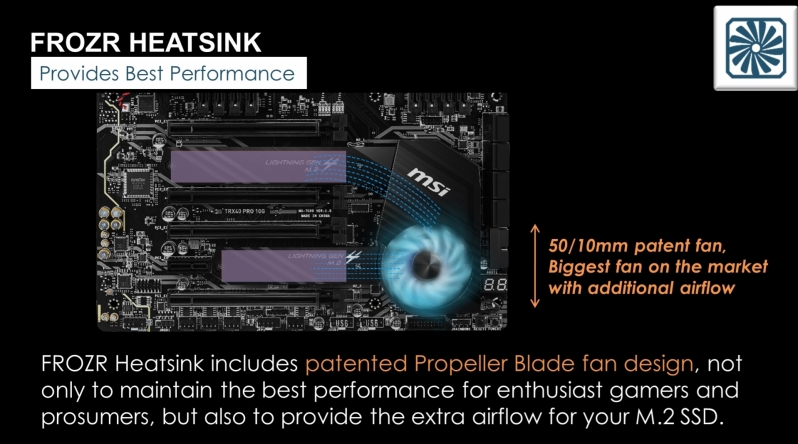