If you're as old as we are then you'll be aware that there was a time that nearly everything came in a carbon variant. For whatever reason, probably the explosion of "Max Power" car modifications, you could get carbon effect on things that clearly weren't made of carbon fibre nor would find any benefit from having been done so. On the tail end of this the MSI Carbon was launched and it felt like something which was offering another slice of cake after you were already covered in crumbs and jam. However, MSI have stuck to the Carbon design and as the mass market has moved on to other things the Carbon has come into its own as a unique, and quite tasteful, take upon the formula. The saying always goes that nostalgia is just patience plus time. Look how quickly we all rushed out to buy 3D Accelerators and leave the pixel world behind, and now the regular best sellers on any gaming storefront are titles with pixel graphics.

We're pleased that MSI have stuck with the carbon theme as it makes this particular motherboard stand out from the crowd, whilst also giving continuity those who have built their system theme around their current MSI Carbon motherboard. It's a plug and play replacement, and if the carbon look isn't your thing it's also subtle enough that once it's in your case and bathed in RGB lighting you won't notice, which means you get an affordable motherboard without compromising your aesthetic. Everyone's a winner. 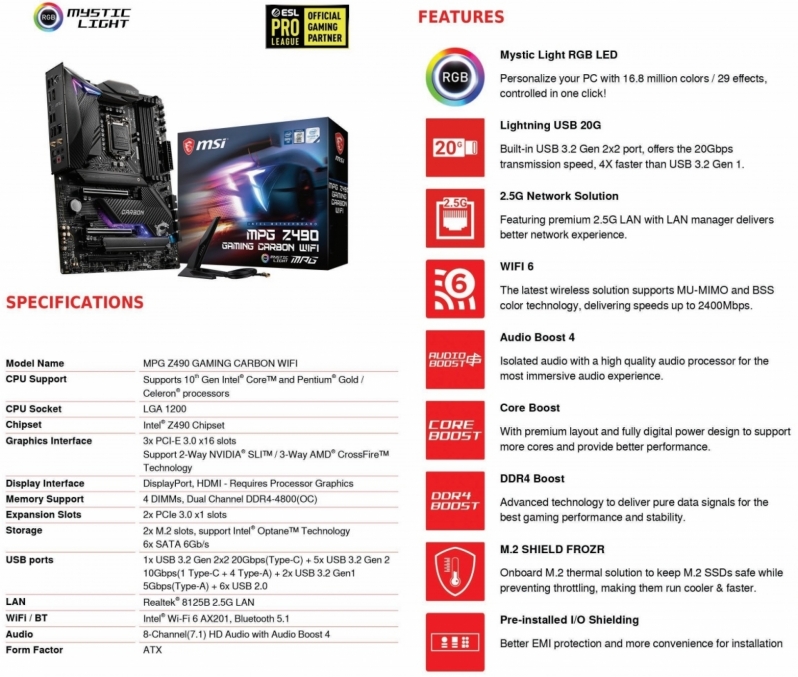