When MSI first launched their Carbon series of motherboards it is fair to say the reaction was divided between those who felt the use of fake carbon was too much like cheap car parts, whilst others felt the inclusion of something which aped such a modern material was exactly what the market needed to shake itself from the stuffy shackles of early hardware designs.

As time has passed MSI have very much backed away from the overboard carbon effect of the early models, but this is nothing new. Design in any genre often finds the first model or two being an extreme take on the idea to catch the public's attention before settling into a more moderate design. Early ASUS Strix products were extremely owl-like, the first Gigabyte Sniper boards had guns for heat sinks, the MSI Carbon had carbon everywhere. It's not something unique to this particular sphere of the market, nor indeed to PC Hardware alone as anyone who didn't have the three hands necessary to use the N64 pad will attest.

However, whilst the Carbon part of the MPG Z390 Gaming Carbon Pro might be lessened in comparisons to the earlier models in the range, MSI have been quietly improving the foundations until it is one of the most featured and solid performing motherboards around. With the Intel Z390 doing similar feats of smoothing off the rough edges of earlier chipsets everything is in place for the Gaming Carbon to knock our socks off by combining subtle looks with robust features and yet still coming in below £200. It might be the most expensive of the three MSI Z390 motherboards we're looking at this month, but it promises to deliver performance and a nice aesthetic.

Let's discover if that's the case. 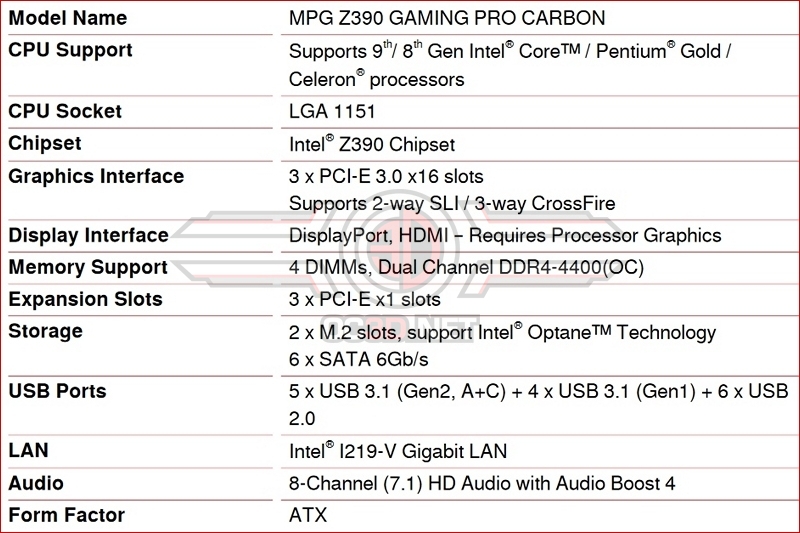 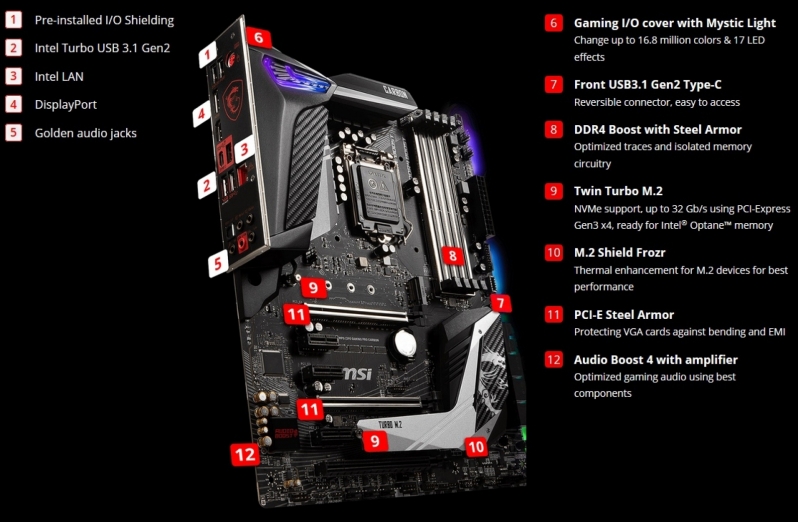