The introduction of the AM4 socket saw a big change in the capabilities and performance of the AMD range of products. After a few false dawns the Zen Architecture and Ryzen CPUs really took the fight to Intel in both outright performance and relative affordability. Such has been the roaring success of their revised approach the socket is already on its third generation of processors with the Ryzen 3 which will launch on the same day as the X570 motherboards we're looking at. Remember to come back for our full performance benchmarks to find out if the Ryzen 3 is the same success as the previous models. With an updated chipset there are two big headline elements to the X570.

Firstly, the PCI Express 4.0 specification has finally broken cover into the mainstream. To make fullest use of it you need to go with a new CPU too rather than bring your Ryzen 2 or 1 along to the party, but we think most people will go all in on the new system. If you do then you'll find yourself blessed with double the bandwidth of the PCI Express 3.0. That's 64 Gb/s fact fans. What this means is that you no longer need to balance the performance of your graphics card with your M.2 drive and both should run at their fullest capability at all times. This has the side benefit that the 3.2 GB/s M.2 drives that are currently making everyone's jaw drop will soon be replaced by models that are twice as fast. We can't imagine the benefits that will bring to our systems in responsiveness. Even our ageing and thus bloated Windows 10 installation could be loaded in its entirety in 4 seconds. If you get a big enough drive you could load even AAA games in the blink of an eye. We foresee a time very soon where the main thing that keeps you hanging around is waiting for the system to keep up rather than waiting for the data to stream.

The second big transition is from USB 3.1 to USB 3.2 Gen2 in the majority of places. Now we know that USB 3.2 Gen2 is just a rebranded USB 3.1 Gen2, but where it scores on the X570 is that more of the ports are the full speed 10 Gbps offering rather than the slower Gen1 USB 3.1 that formed the large part of the earlier generation. 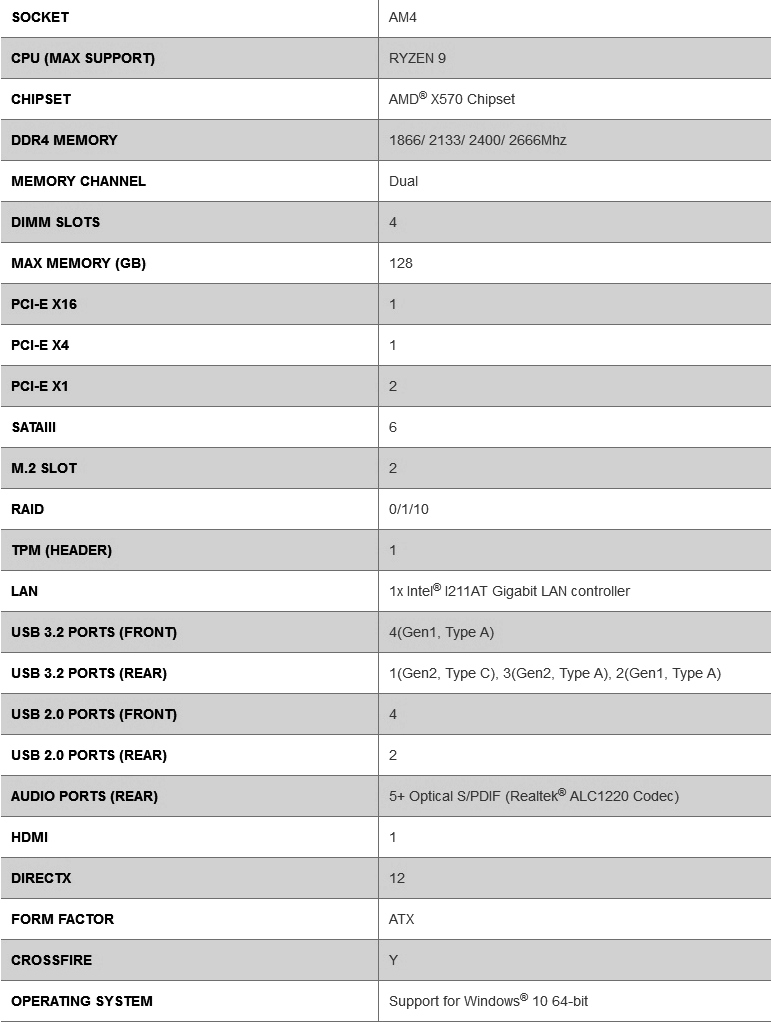 Keeping your hardware cool is the key to both the longevity of it, and also to unlocking the maximum performance. Why would you buy a set of expensive components only to have their performance throttled by heat issues. To this end the MPG Carbon manages to blend high performance cooling with the possibility for low noise when things aren't being taxed. The fan headers have the ability to turn fans off when they aren't needed, which is a technology we first saw on graphics cards and definitely comes in useful if you're sensitive to fan noise. The chipset has to provide the bandwidth for the PCI Express 4.0 which naturally will bring some heat to the party and the fan and heat sink combination should help keep things frosty. 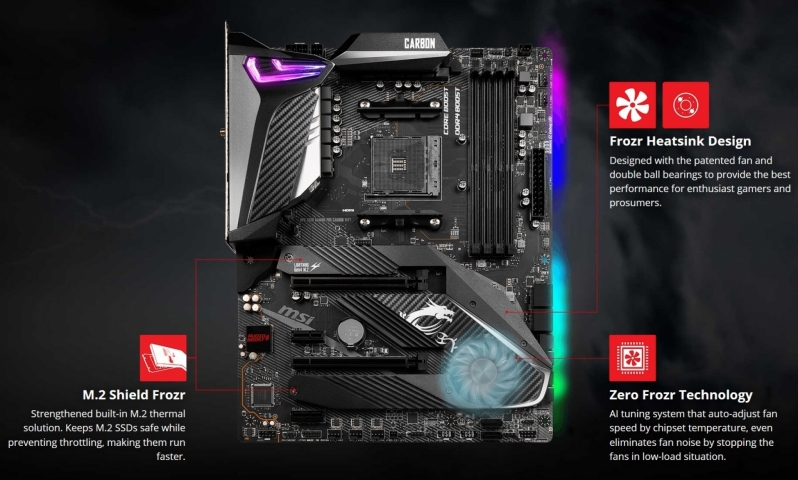 I am not too keen on the chipset fan. I'd rather have a beefier heatsink.

I have seen these type of fans fail too many times in my opinion.