As is always the case here at OC3D we'll show you the overview of the Godlike, as well as closer looks at the two halves, before delving into the details. Even when it's off we like the looks of the Godlike. It isn't just about covering the unsightly chips and capacitors that are all over a modern PCB, but doing so in a manner that is still easy to use. Nice. 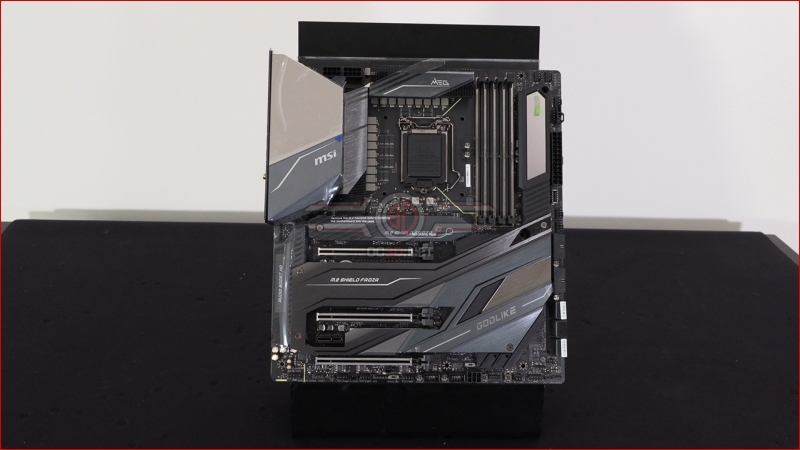 It's rare to find every PCIe slot braced, as well as the full DIMM bracing, which gives you an indication of where the MSI MEG Z490 Godlike fits into the market. Somewhere close to the X570 Godlike in terms of investment. At the top left we have MSI Dragon logo, whilst the shiny bit next to the DIMM slots - rated for DDR4 5000MHz - is the full color OLED display you can see showing itself off at the top of the page. Unf. 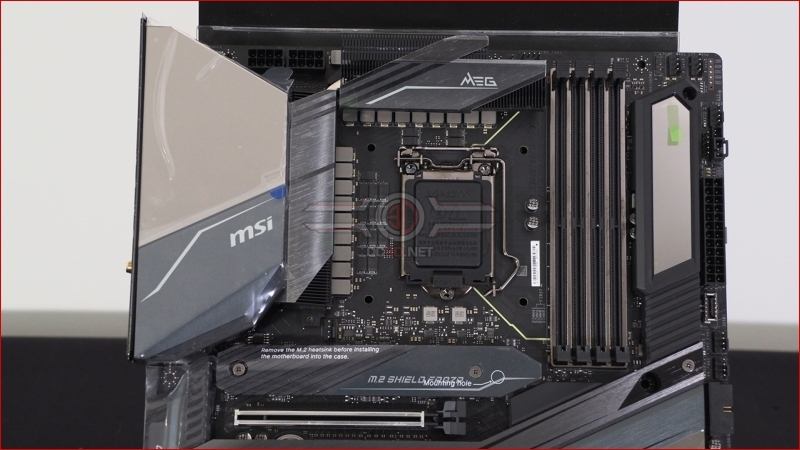 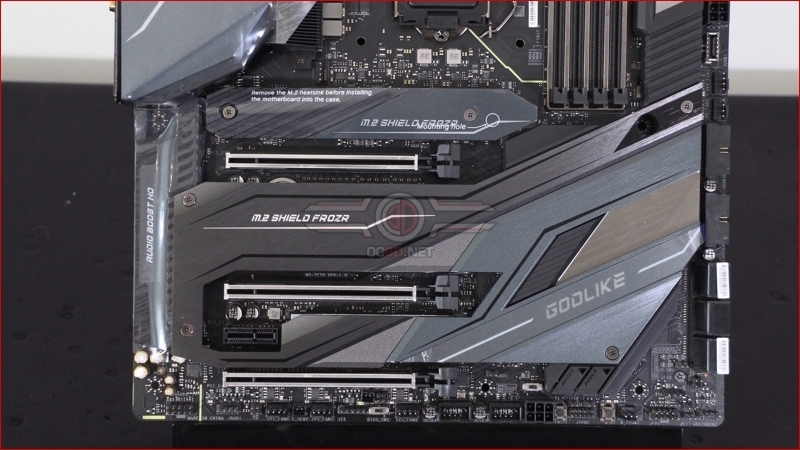 As befits a high end motherboard such as the Godlike we start off with the CPU power which is supplied by an 8+8 arrangement, guaranteeing power draw shouldn't be a problem whilst you seek massive overclocks from the latest Intel CPUs. 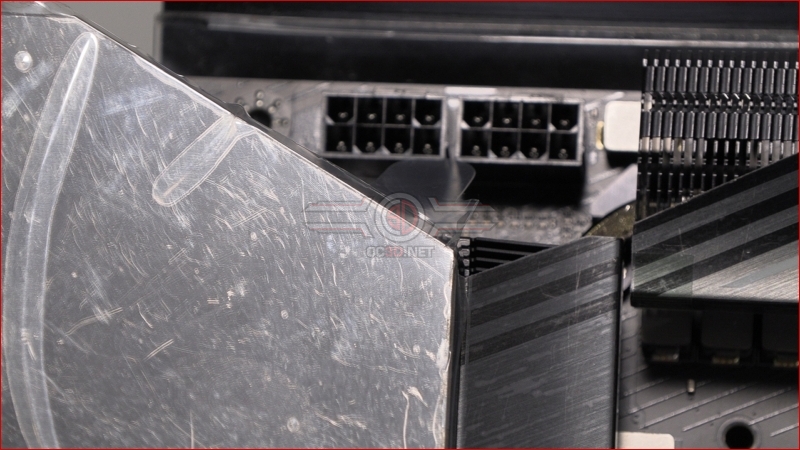 Tucked behind the northernmost heatsink is the CPU fan header, slightly apart from the second one which we'll see on the next picture. You can also see the smooth finish on the heatsink cover, as well as how high the fin density is. 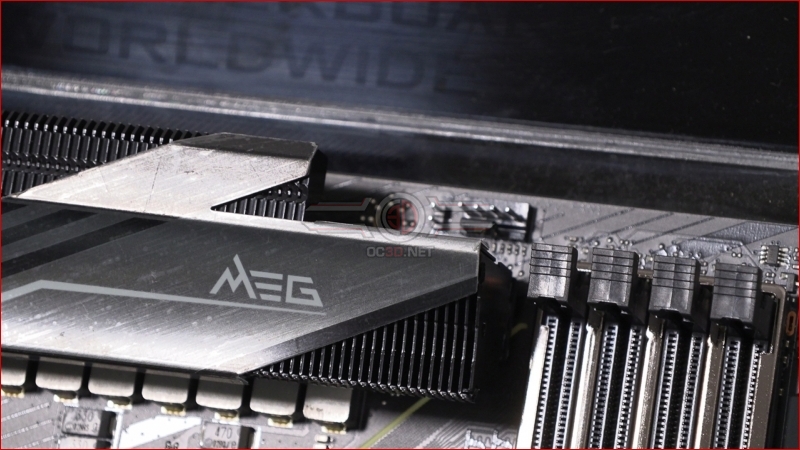 The Rainbow LED header is black, rather than the white shouty ones we usually find on motherboards. A nice change. Next to that we have the Pump header which can double up as your second CPU fan, alongside the first of many case fan headers. As we move to the right hand edge we've got the second fan header just above some thermal sensors - probes are supplied in the box - and a Corsair LED header. 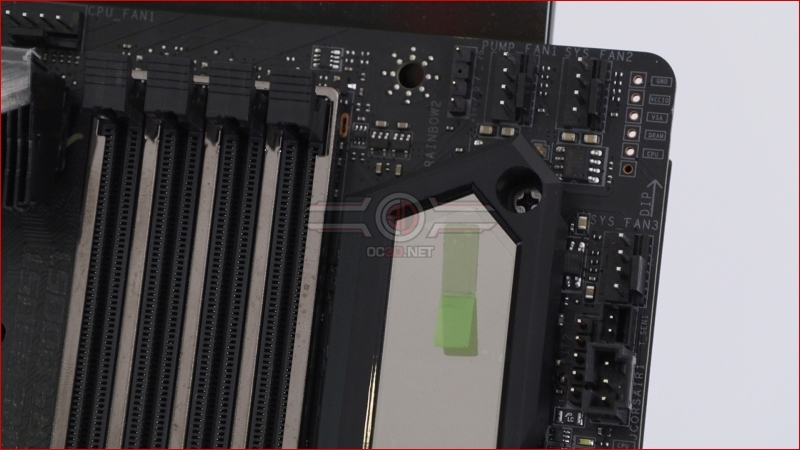 Below the 24 pin ATX power cable we find one of the three front panel USB ports, here in user-friendly USB 3.2 Gen2 guise, with two more fan headers between it and the regular USB 3.1 wide USB header. If you looked at the overview on the first page you'll know all about fan headers, and if you didn't then we thank you for taking the time to look at our detailed photographs. 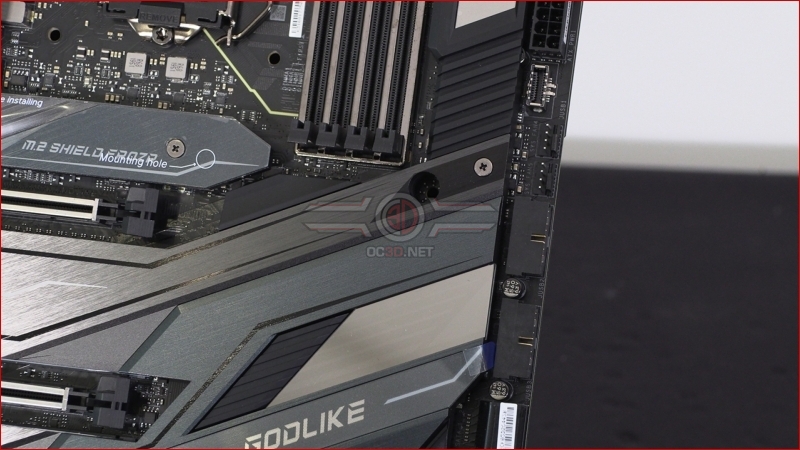