The AMD Zen architecture produced some very processors and some quality motherboards. Indeed AMD went from very much the also-rans right up to neck and neck with anything on the market. Their approach to CPUs has pretty much always - in recent years at least - been about cracking nuts with a sledgehammer. Not for them the subtlety of stratospheric clock speeds, but instead they do the same job by throwing physical cores at the problem.

This generally means that there are some tasks, ones particularly appropriate to those of who render huge quantities of video, wherein the AMD methodology absolutely smashes it out of the park. This was true with the Threadripper 1950X and remained true for the 2nd Generation of Ryzen CPUs such as the Ryzen 7 2700X we use to test all of our AMD motherboards.

Speaking of motherboards, it can't have escaped your notice that, whilst there have been a lot of good quality AMD motherboards that support the Ryzen CPUs, there hasn't been something which combines the knowledge that the Zen architecture really was a new dawn for AMD with all of the latest hardware and technology. Perhaps manufacturers were somewhat cautious until it became clear that the AMD R&D department had really got it nailed.

Enter the MSI MEG X399 Creation. As is often the case when we're previewing something we can't go into all the details of which we might be aware, but equally it is so impressive that we also couldn't wait until the official reveal to give you a glimpse of the future.

If you've been keeping a close eye on the developments in the motherboard world then the image below doesn't really show that the MEG X399 Creation is bringing anything particularly new to the party, but rather is combining elements that have been seen across a broad spectrum of products onto a single PCB. Then again McDonalds is just bread and beef but nobody would confuse it for an artisan burger from a Michelin-starred restaurant, so sometimes the whole can be greater than the parts. 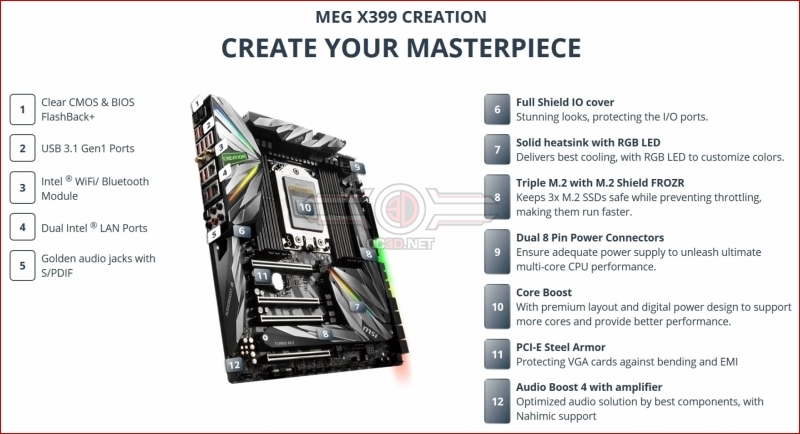 As we're sure you are aware we see a lot of hardware here at OC3D. Masses of it. We've seen the highest quality parts, and some less good offerings. On paper at least the MSI MEG X399 Creation is certainly ticking off items from a massive wishlist. Loads of power phases, significant cooling potential and enough storage and USB ports to keep even the most ardent hoarder of peripherals and games to have a big smile upon their face. 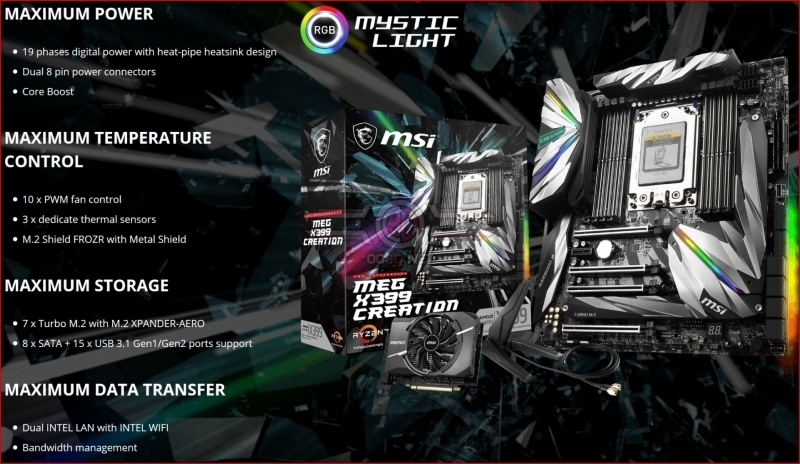 More power than you can shake a stick at. Certainly if you have requirements which go above and beyond the norm then you can be assured that the MSI MEG X399 Creation has got your back. The eagle-eyed and attentive readers amongst you might catch something which causes you to stop and pause, but if you don't say anything we wont. Let's call it our secret reward to you for paying close attention to the details. Mum's the word. Time to take a look at it in the flesh you say? Okay let's do that. 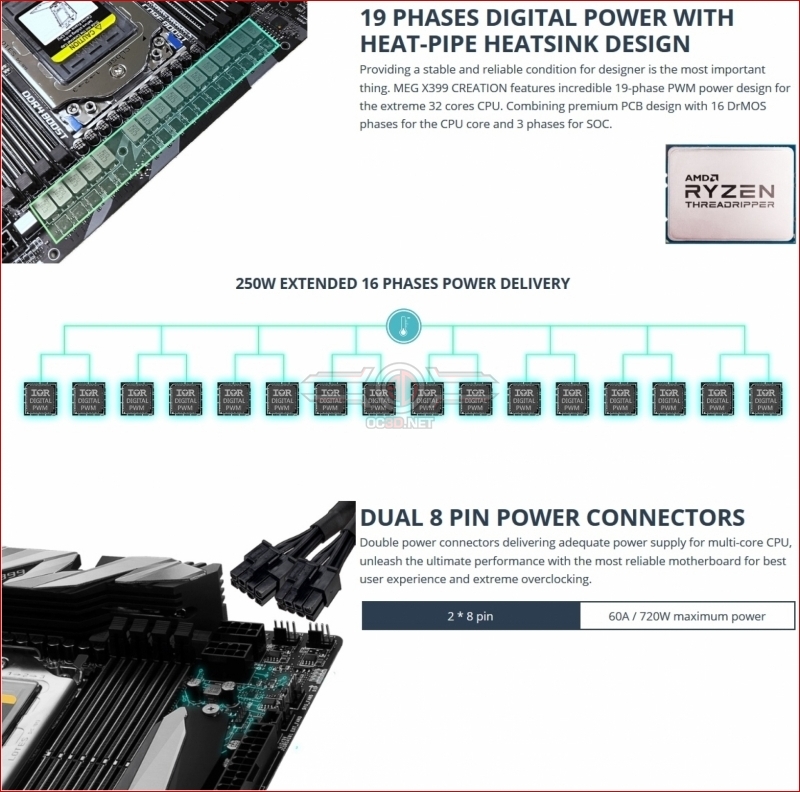 Bartacus
On page 4, you said:


Quote:
I LOLed. Getting head definitely affects MY performance, and not in a good way!Quote

RobM
Quote:
lmao this is my what made me lol today momentQuote


they use doublers so 2 phases are not out of phase and therfore should be count as one phase.


thought it is industy standard to lie about this.


i would be interested in this board if MSI was not known for having awfull BIOS.


so i wait what the next asus zenith will bring to the table.Quote

Vicey
I think this is one of the nicest looking boards MSI has ever put out. Really looks good. Also that VRM design, tasty. Can't wait to see Threadripper 2.Quote
Reply