Wishlists. Even though we're often to be found with our work hat on, one of the parts of OC3D about which we are the most proud is that we're enthusiasts like you.

What this means in real terms is that, like you, we make lists of systems we'd like to build, components we'd pick if money wasn't an object as well as the components we'd pick given our own personal budget. In the world of motherboards this always means that you have to make two clear choices.

On the one hand there is the school of thought that says that the motherboard is the foundation of your entire system and the component that is likely to last the longest - this side of a PSU and case at least - therefore you should spend as much as possible to futureproof yourself as long as you can and ensure that all the rest of your expensive components are able to be run at their highest possible level. On the flip side of this is the school of thought which says that the difference, in performance terms, between a flagship monster of a motherboard and a very affordable but still decent enough motherboard is slender, and that the money you save by buying the latter will bring richer rewards by enabling you to buy a better CPU or GPU or larger/faster storage which bring more obvious benefits.

For a long period of time going for the lesser chipset meant enough of a compromise it was hard to go in that direction if you wanted a really high performance system, but in modern times the gap between the range topping chipset - in this case the X470 - and the next one down - today's review of the B450 - is small enough that you can buy the latter with a clear conscience.

How close does the MSI B450 Gaming Pro Carbon AC get to its X470 brethren? Let's find out.

Often the more affordable motherboard means a slight reduction in available connectivity options and sizzle to go along with the steak. The MSI Carbon does have a slightly reduced count of connection options, but still more than enough to keep the average user happy and not endlessly swapping out peripherals. MSI's Mystic Light combines well with the Carbon look of the, ahem, Carbon to ensure that you have plenty of flash and flair to go along with your performance. With twin M.2 slots, beefy heatsinks, both LAN and WiFi options (the AC in the name) and MSIs Audio Boost and Nahimic3 audio, the B450 Carbon ticks an awful lot of boxes. 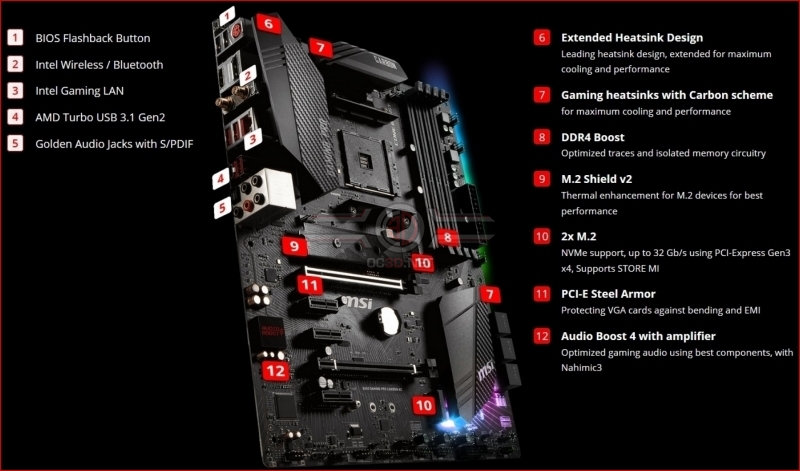 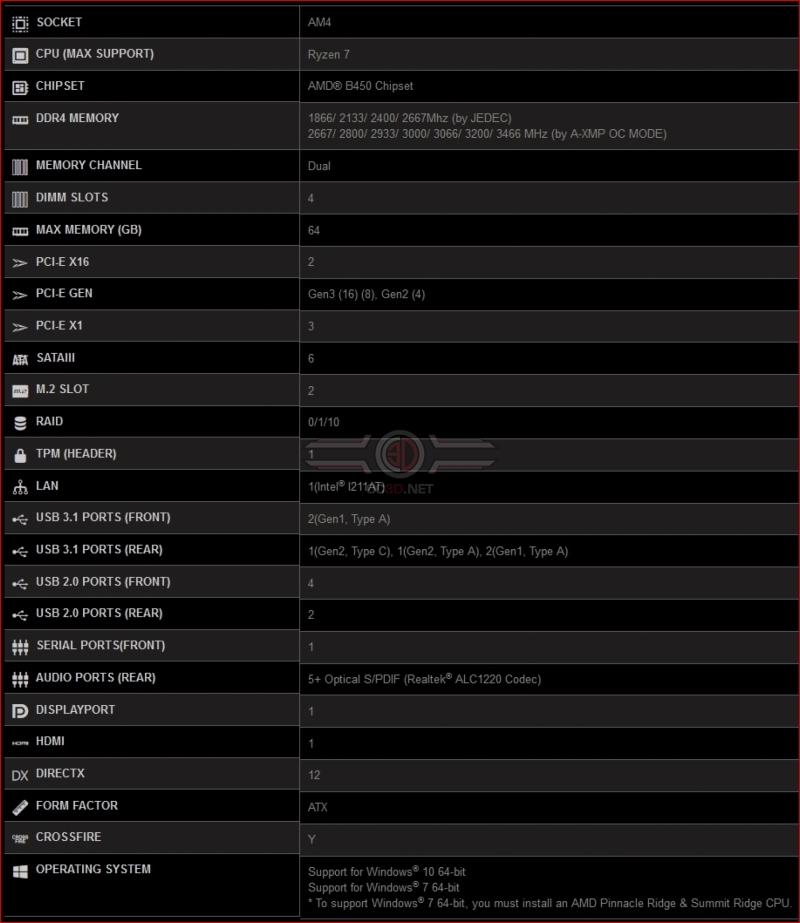 AlienALX
That's quite nice that. Almost like B350 Strix "I am cheap but I look expensive" nice.

I don't bother with wishlists though. I usually make them, then end up buying it all by the time the day is out lmao.Quote

Darkdayzzz
Just as a "warning" so to speak - when you use a M.2 NVME drive it disables 2 of the SATA ports from functioning. This applies each time you use another M.2 slot, atleast it does on the AsRock build I just made for my work.

Dual Samsung 970 NVMEs in Raid 1 and it causes me to lose 4 SATA connections. Which left me with 4 available SATA slots since the motherboard had 8 to start with. This would have happened regardless of RAID or not.

This is just a warning as I said since if I used both M.2 slots on this MSI board I'd not have enough room SATA plug wise to get all the HDDs in place due to the M.2 use disabling one set (2) SATA slots each.

Again, this is on my ASRock board for the build at work, I don't know if this affects all boards that have M.2 slots... just trying to help with this info is all :PQuote

NickOmega
Actually looked through this one quite intently because I have this mobo sat on my desk waiting for me to get around to building; Just need vendors/nvidia to stop with the rip-off prices for 2 year old GPUs


Quote:
This is the block diagram from the user guide.
https://i.imgur.com/FGyPNp3.jpg


and in the specification: