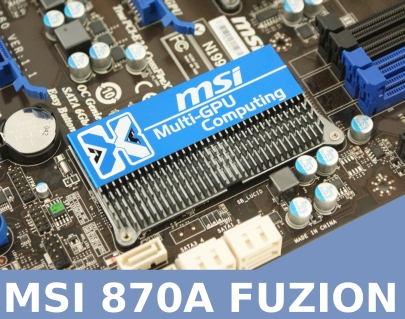 Everyone likes a bit of variation in life. If one can help it, there are only few reasons to intentionally restrict options. This is why the sensible system builders buy power supplies, chassis' and motherboards that will offer future longevity. Fundamentally, there is nothing too difficult about achieving this but how many of you are willing to pay over the odds for a computer that is easy to expand and upgrade? Where do you draw the line?

I could for example purchase a £150 power supply unit, just so I could guarantee that I would never have to replace it when the time comes to upgrade a graphics card or processor for example. But what if it turns out that I won't be able to upgrade for well over two years, when an equivalent power supply unit is cheaper? What if graphics cards become more power efficient? Is the level of choice available to you all that important when a £75 power supply unit could have offered your existing system all the power it needs at that particular point in time?

So once again, the extent of variety is a bit of a balancing act and heavily dependent on your future financial situation and needs. It's never wise to skimp on core hardware but there's also every chance that you might find yourself investing in a depreciating asset that never reaches its full potential, much like the example I mentioned above. However, once every blue moon odd ball products emerge on the market that claim to offer great long term features, but without the ludicrous pricing. Today's product could well be an example of this; ladies and gentlemen, the MSI 870A Fuzion Power Edition Motherboard.

Not to be confused with the MSI 870A Fuzion, the Power Edition is supposed to be a completely different animal. While boasting a similar feature set, the Power Edition benefits from a more potent 10 + 1 phase VRM power design, uprated capacitors and a different heatsink array. Furthermore, it benefits from the current generation 870 Northbridge and also the SATA 6Gbps capable SB850 southbridge. Not very alike at all it would seem!

Its detailed specifications are as follows.

Now that you've taken a good look at the Power Edition's specification list, you'll understand why it falls under the "Odd Ball" category. The 870A Fuzion is akin to engines such as VW Group's 1.4TSI Petrol. Upon face value, it is a bog standard 4 cylinder engine with not a lot going for it. However, with its Turbo Charger + Super Charger combo setup, it pushes out peak performance (~175bhp) similar to many 2.0 engines.

A similar story holds with this frankenstein of a board. The 870A Fuzion is centred upon the entry level 870 Northbridge. Instead of using high end core logic, MSI have effectively outsourced a key part of the board's feature set to a 3rd party. With the modifications in place, this entry level platform has been transformed into an all singing and all dancing Multi GPU monster.

This sounds reasonable enough on paper, but how will it perform in practice? Let's move on...

silenthill
MSI have really got a winner with this M/B, for that price I'm thinking of buying one and building a AMD system to play around with.

SnW
And for how long did that OC genie work ?

Cheers for the heads up tom, board looks mental.Quote

lemel
"The 870A Fuzion is akin to engines such as VW Group's 1.4TSI Petrol. Upon face value, it is a bog standard 4 cylinder engine with not a lot going for it. However, with its Turbo Charger + Super Charger combo setup, it pushes out peak performance (~175bhp) similar to many 2.0 engines." -That is the engine i have in my Seat Leon!! Love it! If this board is the same...it really rules! ;-)Quote

SnW
Quote:
Aaaa it opened up the fridge here i was wondering when he was going to close it again