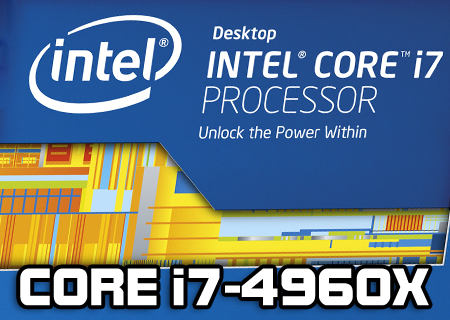 It wasn't that long ago that anyone who wanted the fastest system around brought the best of the Intel CPUs. Whether it was the Q8400 or the i7-920, the top of the line Intel was the one we all lusted after and invariably brought. With the release of the Sandy Bridge CPUs this all changed, as there was so much performance to be had from them that what was previously just the price you had to pay for high performance became an expense too far.

The release of the LGA2011 socket, i7-3960X and the X79 chipset had truly staggering performance, yet it was so much more expensive than anything on the LGA1155 socket that we hardly know of anyone that brought one. Even people with money to burn shied away from it. The much vaunted quad-channel RAM actually gave us less bandwidth than the dual-channel P/Zx7 chipsets gave us, and the chipset itself was lacking in features that very quickly appeared on the Sandy/Ivy Bridge range. All in all it was perhaps a step too far for even the most power hungry users.

Intel have never been a company to either rest upon their laurels nor bury their head in the sand and pretend their development direction is perfect when most of us were aware that it wasn't. So rather than continue with something that barely sold, they've revamped their top-of-the-line CPU and re-energised the X79 with a wealth of improvements.

The two big changes that you can tell from the initial specifications table is the boost of the IMC, enabling it to support 1866MHz RAM by default rather than 1600MHz, and also 64GB of RAM without any particular tweaking. We know that the i7-3960 and i7-3930 struggled to run the DDR3 at 2400MHz without enormous fiddling and careful selection of DIMMs, so hopefully this will bring the memory performance up to that of the CPU.

The other major change is a vast increase in the PCI Express 3.0 support and available lanes. Anyone who spends the kind of cash necessary for a humdinging LGA2011 rig are likely to be running multiple GPUs along with RAID and a host of other expansion cards. Having so many PCI Express 3.0 lanes available to us will, in a similar manner to the memory, bring the rest of the system in line with the beastly CPU. 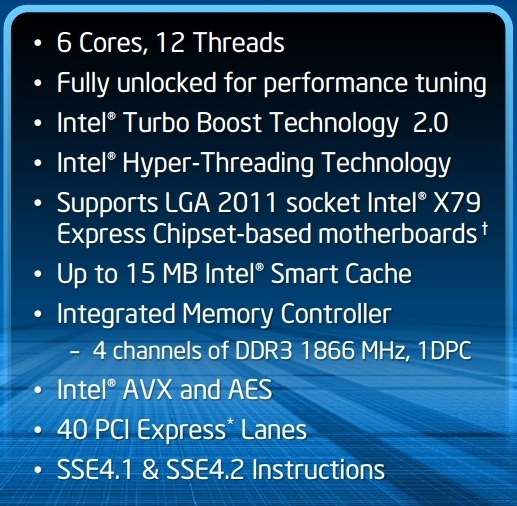 redline92
These results made me laugh, reminds me of amd going backwards in performance lol.
I only wonder why did they bother spending money to release this cpu,does the x79 provide that many benefits over 2011? other than that its waste of time money,unless people actually gonna buy this just because its new lols

Whoever gonna buy this is not going to care about little power savings at all.

garih
Quote:
2011 is the socket on a x79 chipset motherboard

I think redline92 is mixing his z's and x's, meaning he's prolly talking about z87 vs x79 ? Right ?Quote

FTLN
Any reason why these cpus are kicking out such low temps at high voltages compared to there little brothers ??